Time has come for the new Nepal’s international relations (not diplomacy specifically), perhaps, to also take some lessons from history and be fit-for-purpose in the open market 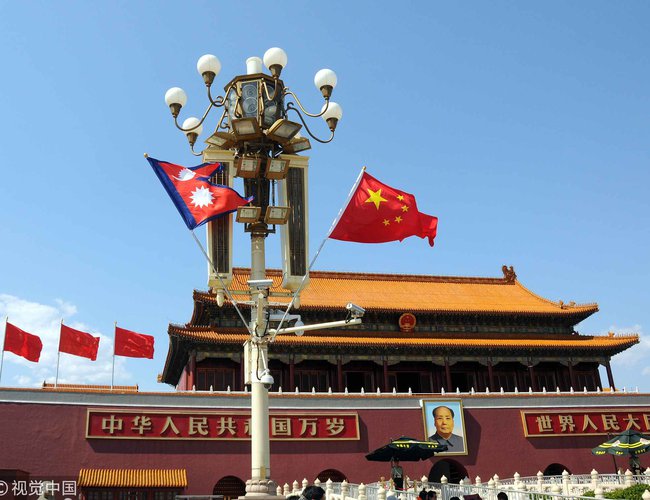 From the window of my hotel room in the middle of Beijing’s massive concrete jungle, I notice a white stupa, standing erect, within the confines of an area surrounded by narrow streets and alleys formed by lines of traditional Chinese courtyard residences (commonly referred to as the hutongs in local vernacular).Ecstatic, but also somewhat surprised, my curiosity pushes me to find out more about it. The White Stupa, also referred to as Miaoying Temple (or White Dagoba), was built in 1271. And it was built by Araniko.

People from my generation would remember that we were told about it, very briefly,in our history classes.But seeing was believing--the proof that Araniko had been real was in front of my eyes. And most importantly, it was being meticulously preserved, with the name of the builder duly acknowledged on a bronze plaque. “The White Pagoda at Miaoying temple was built under the supervision of Nepalese Engineer ‘Aniko’ in 1271”, the plaque notes. In 1279, a monastery was built with the White Stupa at its center and was named “the Monastery of Greatness, Holiness, Longevity and Everlasting Peace and Tranquility.” Inside the compound, afull-sizestatue of Araniko with Nepali traditional dress and a cap is even more interesting and further amplifies the recognition given to his contribution.

That the Chinese government observe a policy of preserving and maintaining the monument is not necessarily the point here. Rather, it is that an element of history is being preserved and the contributor, despite being a foreigner (who later was given citizenship), is recognized. The engineering involved in the building of the White Stupa may have been outdated compared to today’s available architectural skills and construction technology, but the recognition of the pioneering act, however modest, is noteworthy.In 1961, then Chinese Premier Zhou Enlai signed a Proclamation stating that the temple was to be protected as a National Treasure. This Proclamation kept the White Stupa safe even during the Cultural Revolution of the 1960s.

In the past seven centuries, political regimes and landscapes have changed multiple times,dynasties and oligarchies have come and gone, and revolutionary interventions in infrastructure have reconfigured the peoples’ way of life. But the White Stupa remains intact, preserved in its original shape, and protected from rust, mold and deformations. This is admirable in a country where, according to many commentators,the political system does not give enough space to religion.

Honoring the do-gooders of the past and acknowledging their contribution, however different they may have been to your taste, represents class, grace and magnanimity, while also providing an opportunity to learn from history. Learning from history for improvement portrays maturity and intelligence.

In contrast, blaming, misconstruing and misrepresenting the past achievements, as has been the daily routine of those in the drivers’ seat of the Nepalese statecraft for the past two decades, only but to score a few political points and camouflage ones’ own weaknesses, is not only cowardice but also immoral. Interpretation of old texts and testaments with their spirit in mind is right and necessary, but ill-intentioned interpretation, however tempting and loudly applauded, is wrong. The latter only but contributes to distorting history and forecloses the rights of the larger citizenry to learn from the past.For instance, condemning Gutenberg for inventing the printing press merely because printing presses can potentially be used for propaganda,hate-filled pamphlets, or publications unhelpful to defending one’s ideology, may appear logical from some vantage points, but would not be acceptable, at it would proscribe innovation and creativity. Modern state polity needs to learn to inculcatehumanity in day-to-day behavior and decision-making. To thrive, it should set examples of humanly behavior and aspire tohumane goals of good relations not only within national but also international spheres.

Going back to Araniko, the White Stupa is not simply a mud-filled hill-type landmark. It is also contemplative and symbolical of respectful relations between two nations -China and Nepal- albeit hugely different in land-size, population and level of development. It also attests to the long-held understanding that a sovereign nation is equal to another sovereign nation, the bedrock of the notion of sovereignty. It is the respect for this sovereignty that makes the resolution of bilateral or multilateral problems amongst countries through the norms of international law and relations possible.

More specifically on a bi-national front, these types of ‘inter-cultural relations’, the non-coercive interactions between two cultures and the shaping of preferences of others through appeal, attraction and goodwill help enhance multifaceted dialogue and bring about mutual benefits to the countries. These benefits could also be related to security, stability, peace and prosperity.No wonder, and quite noticeably, each visitor reading the above-mentioned plaque about Araniko expresses surprise about this age-old relation between the two countries.

International relations, particularly the bilaterally focused ones, cannot undermine intercultural values, in addition to topographical, economic, geographical and linguistic realities. While devising strategies, establishing or diversifying relations, and making choices, policy-makers need to know the market and be cognizant of opportunity costs and make efforts to balance them, lest the decision of choice may trigger other problems. Indeed, whether we like it or not, the world today is an open market (not only from a classical economic standpoint but also in political, social,and religious senses), and despite the lack of regulations and their enforcement in some places, open markets continue to prevail.

Time has come for the new Nepal’s international relations (not diplomacy specifically), perhaps, to also take some lessons from history and be fit-for-purpose in the open market. There is no justification for being guided by emotional claims and rabid promises. It is time to be poised, and rely on facts, figures, history and humanity, before making national decisions. Directionless intellectual acrobatics aimed at attracting party mandarins will only fulfill short-term purposes. Decision-making should be long-term and provide equal and enhanced opportunity to the population in general, and without bias toward those select groups who remain in proximity to power at the center against those who toil their fields (in all areas) from afar. The choice should be for providing food, health, and shelter along with a much-needed and comprehensive guarantee for people at large. The guarantee, broadly, should be for (i) eliminating in justice against the weak, the vulnerable, and the marginalized, particularly suffering due to inadequate laws or lack of enforcement of the adequate ones, and ensuring access to justice, in the context of a completely independent judiciary; (ii) eradicating inequity by mainstreaming opportunities for all; and (iii) extirpating insufficiency by promoting growth accompanied by proper distribution of wealth.All the above to help achieve the real and noble goal of development!

About-Turn? By Hemang Dixit 1 day ago

The Informal Sector In Nepal: Myth And Reality By Shanker Man Singh 1 day ago

Is Combating Viruses With Vaccine Inequity Possible? By Radha Paudel 4 days, 1 hour ago

Elderly Abuses And Challenges Of The Day By Prof. Dr. Prem Sharma 1 week ago

Urgency For Institutionalizing Environmental Monitoring And Auditing By Batu Uprety 1 week, 1 day ago 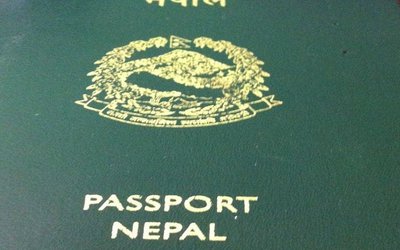