Trump: A Winning Card Or A Foul Expletive?

The Republicans in the USA seem to be quite convinced that the US won WW2, partially by paying for it 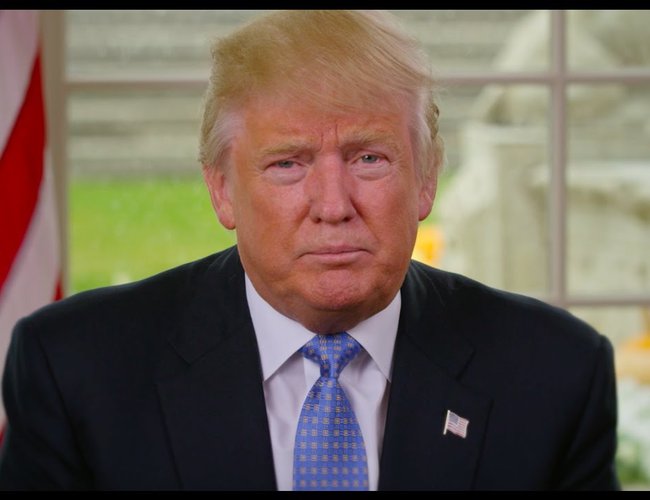 Each morning as soon as I wake up I turn on the radio , eager to find out whether the earth is still on track or whether the ‘playboy of the western world’ has blown it all to smithereens.We are reminded that Donald Trump has quite a large approval rating in the USA. He, himself, has rammed home many times that the western world has been dipping into the American piggy bank to fight wars, to provide ‘free’ health services to its citizens:at the point of delivery I would like to remind the misinformed, every one who earns anything at all pays their health insurance, which might seem a pittance at the time, but it adds up. Not that everyone who pays in takes out, some prefer to go ‘private’ and pay to jump the queue because they don’t want to wait. The Republicans in the USA seem to be quite convinced that the US won WW2, partially by paying for it. My understanding, may be erroneous, was that a lease lend system was in place and it consisted of borromwing against tomorrow. Just a few years ago before Tony Blair was ‘unseated’ as the PM of the UK Gordon Brown announced that the UK had made its final payment for equipment and cash borrowed from the US in WW2 under the lease-lend arrangement.

“Oh’, one of my neighbours remarked ‘I thought they’d gifted all that!’

And indeed, why wouldn’t she think that? After all generosity was often stuffed down people’s throats.Accept it and you end up being’obliged’ for the rest of your life. Before long, the actual facts of any given case are forgotten and people, wily politicians or businessmen for the most part, make much of them. In this respect Donald Trump’s arithmetic is erroneous, and far from accurate. He does have a knack ,however, for selecting new ‘best friends’.

In South Asia it hasn’t escaped notice that North Korea is in possession of vast amounts of unexploited wealth, mineral wealth in particular. Thanks to China’s support, North Korea’s regime survived; and of course for many of us this

is a ‘dreadful’ thing ‘ since the Kims are not viewed kindly from democratic perspectives. The summit Trump held in Singapore was –or seemed- an expensive play put on to whitewash decisions he had made already!

What is the world coming to?

Well, even I who believed Trump had exhausted the list of stupidities he could commit, was taken aback by his order that children entering the USA as migrants were to be separated from their parents! Not less astounding were his justifications. The world’s newscasters did the forehistory of this current wave of migrants , all running it seems away from gang violence in one particular place in Nicaragua. So, according to a plethora of signed international agreements, they had a legal right to apply for asylum. Is it ignorance or obstinacy when President Trump and his ‘back scratchers’ refer to them as ‘illegal migrants’ without even taking down their particulars?

Meanwhile criticism and scorn has piled in from all but a few. Many seem to believe it’s a deliberate Trump ruse to get Congress to sanction the much hyped about wall along the US border with Mexico. It seems rather boorish on the part of Trump et al. when you remember how much Mexican land they annexed anyway. So it’s ironic when you remember that Mexicans are being turned away from territory that was theirs! Donald T. is not looking good to many of us. His comments about Germany were ill-advised ,ill informed and downright mean. One would hope that Mrs Merckel has the grace to forgive him. She has a lot to forgive since the troubles in Iraq, Syria and shall we say wars? ,were fought at the behest of the world’s policeman which kept on protesting that it could no longer shoulder the responsibility of being the world’s policeman.

Who gave them that responsibility if not a succession of Presidents becoming involved in others’ wars? Iraq is a case in point . Saddam was the terror and strongman of the Middle East. He waged the “Mother of all battles” against Iran and at the time someone commented to President Reagan that Saddam was a wily bxxxxxd to which, as reported in a reputable newspaper, Reagan replied “He may be a bxxxxxd but he’s our bxxxxxd! Then, of course, things changed and Iraq was invaded and Saddam became the devil incarnate.

I do accept it when Mr. Trump expresses concern for his country picking up the bills that others’ incurr but it’s become a bad habit of the USA to inherit other people’s wars. Post WW2 the big thrust has been to defeat the bete noire of communism.Now, with President Trump, things have changed.

One of his frequent promises was how he intended to make America great again. Hence, I’ve looked into its greatness right from the time the Mayflower landed on its shores. It was respected worldwide as a light in the darkness, a place where one could thrive through hard work and courage rather than inheritance and lineage.The most famous perspective is given on the plaque adorning the Statue of Liberty:

“Give me your tired, your poor, your huddled masses yearning to breathe free, the wretched refuse of your teeming shore,” . “Send these, the homeless, tempest-tossed to me, I lift my lamp beside the golden door!”

No country, no nation could be greater than that. Sadly rather than making America great again, Mr. Trump is destroying the very ethos that made her great in the first place!