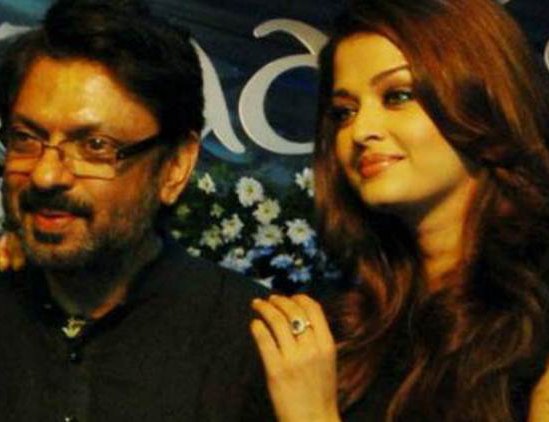 Sanjay Leela Bhansali is miffed with reports suggesting that Aishwarya Rai Bachchan walked out of his next directorial because she wanted to work with Abhishek Bachchan in Anurag Kashyap’s Gulab Jamun. The actor-director duo has previously worked together in Hum Dil De Chuke Sanam, Devdas and Guzaarish.

“Sanjay Leela Bhansali is very upset with the reports floating around the casting of his films as it is completely untrue. There were recent rumors of Aishwarya Rai Bachchan opting out of his film for Anurag Kashyap’s Gulab Jamun, when on the contrary, no such film has been offered to her. It was also reported that Aishwarya was offered Bajirao Mastani and Padmaavat, but it is not true,” a source close to the ace filmmaker said.

Aishwarya’s team also issued an official statement on the reports. It read, “These stories are totally baseless and untrue. Aishwarya Rai Bachchan has immense love for Sanjay Leela Bhansali and will always be very keen to work with him and he knows that.”

The source also shared that Bajirao Mastani was first offered to Kareena Kapoor Khan. He said, “When Bajirao Mastani was first announced over a decade ago, it was with Kareena Kapoor Khan. Padmaavat was offered to Deepika Padukone who was his only choice. Aishwarya has not been offered any Sanjay Leela Bhansali directorial after Guzaarish. The filmmaker is wondering where these rumours are stemming from. However, the fact that the two share a great rapport and are friends could be a reason for people and the media alike to jump to conclusions

“There has been a lot of speculation around the casting of Sanjay Leela Bhansali’s films, both directorial and under his home banner. There are also constant reports cropping up after every actor visits his house or office. However, all these rumours are baseless,” the source added.