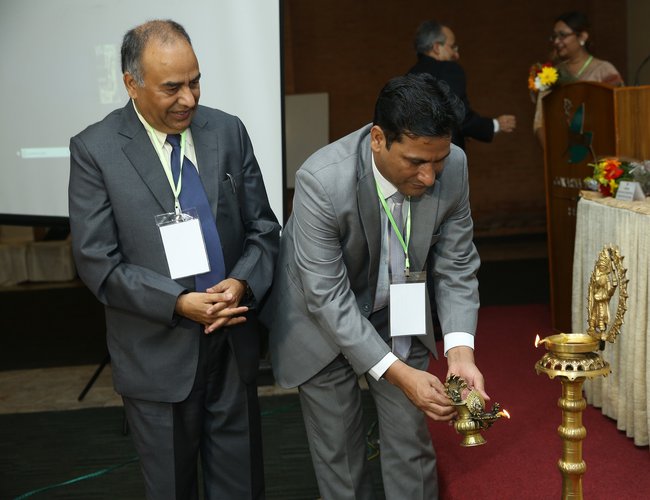 Recognizing the risks posed to their water resources and ecosystems, senior government officials from Afghanistan, Bhutan, India, Nepal, and Pakistan today agreed to launch a regional network to boost their mountain economies and combat glacier and snow melt caused by climate change and air pollution across the region.

The launch of the Hindu Kush Himalaya Glaciers and Mountain Economy Network took place at a two-day conference jointly organized by the Ministry of Forests and Environment, Government of Nepal, the World Bank, and the Centre for Green Economy Development, Nepal (CGED-N). The International Centre for Integrated Mountain Development (ICIMOD was the co-convener. This event served as the inaugural meeting of the Mountain Economy agenda of the World Bank’s South Asia’s Regional Ecological Integrity Platform (REIP).

According to a press release issued by the World Bank, joined by scientists and climate champions, delegates from five South Asian countries agreed on a set of principles to better maintain the snow covers and glaciers that span their mountain ranges and serve as a valuable source of energy, water, and food for millions of people living in downstream areas.

“South Asia is home to the largest glaciated area outside of the poles, and the region shares many common challenges related to climate change and glacier melting,” said Shakti B. Basnet, Nepal’s Minister of Forests and Environment. “Greater cooperation with our South Asian neighbors will bring the solutions we need to keep our Himalayan glaciers healthy, boost our mountain economies, and make our communities more resilient to climate change.”

South Asia is highly dependent on water provided by Himalayan glaciers and thus vulnerable to rising temperatures that trigger snowmelt. During the past century most of the Himalayan glaciers have been shrinking and, between 2003 and 2009, lost an estimated 174 gigatons of water each year at a rate faster than the global average. Projections of climate change for the region suggest that rising temperatures will continue to impact snowmelt and affect water supply for all countries.

In addition to global change, soot --or black carbon--emitted in part from industry, motor vehicles, coal-fired power plants, and firewood used for cooking and heating is a significant contributor to glacial melting in South Asia. By darkening snow and ice covers, black carbon decreases the reflecting power of glaciers, rising air temperatures and accelerating further glacier melting. In India alone, black carbon emissions increased by 61 percent between 1991 and 2001.

We, representatives from government, academia, and non-government research organizations from Afghanistan, Bhutan, India, Nepal, and Pakistan, having gathered in Katmandu on 17th and 18th September 2018, to discuss the multiple impacts of climate change and air pollution on mountain economies including impacts on glaciers in South Asia, express our deepest concerns over the vulnerability of the region to climate change and air pollution.

We recognize that climate change is already having a significant impact on the glaciers that store much of the region’s fresh water. Field, satellite and weather records confirm that nine percent of the ice area present in the early 1970s disappeared by the early 2000s.

In addition to global climate change, we also note with grave concern that locally produced black carbon is a significant factor in glacial melting and retreat.

We note with deep concern that melting glaciers pose significant risks to the stability of water resources across South Asia with implications for local, national and regional economies. Our region is highly dependent on water provided by the region’s glaciers, making the region highly vulnerable to the regional challenge of climate change. Future projections of climate change for the region suggest that rising temperatures will continue to impact on snow and glacier dynamics.

Despite standing as the largest glaciated area outside of the poles and sharing many challenges related to glacier melt, we concur that the data related to glaciers in the Hindu Kush Himalaya is limited and there are currently inadequate efforts among countries in the region to deal with the issue jointly.

While recognizing the significant efforts already undertaken in this area, we believe that better regional cooperation can be an effective trans-boundary solution to help Hindu Kush Himalaya countries better manage their glaciers and related natural assets collaboratively.

Given the complex nature of the problem and need for an enhanced knowledge-policy dialogue and interface, a multi-stakeholder partnership including champions from governments, international organizations, non-governmental organizations, and academia is deemed necessary.

Therefore, recognizing the shared nature of the challenge facing countries, and potential collaborative approaches to finding solutions, we support the launch of the Hindu Kush Himalaya Glaciers and Mountain Economy Network.

The purpose of the Hindu Kush Himalaya Glaciers and Mountain Economy Network is not to supplant existing regional ongoing initiatives but to energize, strengthen and complement these existing initiatives by bringing greater focus as well as resources to bear on the challenges facing glacier management in the South Asia Region.

Under the leadership of Government of Nepal, we also call upon our national governments in our South Asian regions to take steps to strengthen our national climate resilience and adaptation capacities for mountain economies.