Why We Are Still Living In The Past 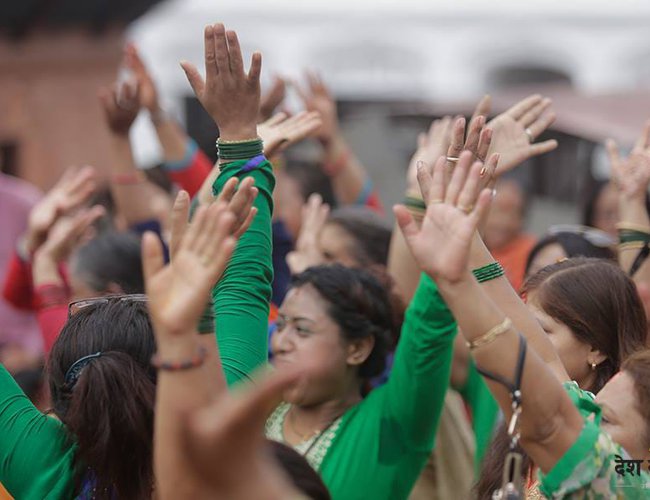 We are taught about how far the human civilization has come from hunter gatherers to farmers and so on. We are proud to call ourselves civilized and modern. We have come far with our technologies and gadgets, but we are still living in the past. We might have changed horse carriages to fancy cars or our letters to emails but our perspective and beliefs have not changed. How can we say we are civilized when we blindly follow the same beliefs and superstitions without the slightest gesture towards what is right and what is wrong.

Nepal is a secular state, meaning that a state purports to be officially neutral to religion. We still believe that Nepal is made into a beautiful garden because of the vast diversity of castes, but if you really think about it, this shows how we are stuck in the past, since the difference and the comparison between castes was and still is a major problem. The cruel truth behind caste system is hidden behind the belief that it makes our country in to a colorful garden full of variety. No matter how powerful or good the intentions of a person, they are still judged according to their caste. A person’s caste shouldn’t be the ticket to what seat they take in society. Only because it isn’t happening around us or only because we don’t see it happening doesn’t mean it doesn’t still happen.

We tend to follow everything that people around us follow, we are afraid to voice our opinions in fear of being judged, we all live behind a curtain and it is time we have a reason for believing, believe because it is what you think is right not because you are told it is. Let us take another example of how people say what is right but don’t necessarily believe in it. Hinduism is the largest religion in Nepal and over 80% of people identify themselves as Hindus. Religion for a person can be the answer to their biggest questions as most people follow their religion blindly. Cows are considered holy in Nepal and are also the national animals of our beloved country, due to which reason they are not eaten but worshipped instead. Cows roam the streets freely and though they are considered holy no one even looks twice at an injured cow on the road. This is just a small example of our irrelevant belief system.

A fair, well informed choice is our greatest strength and it also reflects our beliefs. It is essential that our beliefs are congruent with our actions and if there is a discrepancy, we must address it.

Its 2018, people in the 1900s said we would have flying cars by now, and look what we are doing, running around blindfolded. The world has come far, but the only way we can also move forward is if we walk the roads with open eyes and a clear mind.

Neha Celine Pande is a class 9 student of Kasthamandap Vidhyalay

Border Dispute Between Nepal And India By Dr. Prabin Manandhar 2 days, 23 hours ago

Towards 'Carbon Neutrality'! By Batu Uprety 3 days, 18 hours ago