The Katowice decisions will also depend on the outcome of the Talanoa Dialogue, initiated by the current Presidency (Fiji) in 2017. For us, the Addis-Ababa LDC Ministerial Communiqué on climate change will provide a basis for negotiation. Hon'ble Minister for Forests and Environment Hon'ble Shakti B. Basnet participated in adopting this Communiqué on 15 October 2018 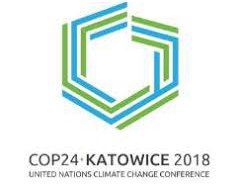 The SBs 49 and APA 1-7 will discuss and conclude, inter alia, on climate change adaptation related to the formulation and implementation national adaptation plans (NAPs) and National Adaptation Programme of Action (NAPA), loss and damage and further guidance on adaptation communication. In addition, these sessions will provide guidance on development and transfer of technologies, agriculture, capacity building, impact of implementation of response measures, technical review of the greenhouse gas (GHG) inventories, gender and climate change. Furthermore, further guidance will be provided on climate finance, nationally determined contributions (NDCs), matters related to global stocktake and implementation of the Paris Agreement.

The CoP, CMP and CMA are the supreme bodies to make decisions for the effective implementation of the climate change regime. The KCCC is expected to finalise the rules for implementation of the Paris Agreement. It is most likely that a number of high-level events, mandated events, side-events, and roundtables will occur during the two-week long conference.

As the Copenhagen and Paris Climate Change Conferences in 2009 and 2015, President of the Republic of Poland has invited Heads of State and Government to attend the official opening of the CoP24 on 3 December 2018. Heads of State and Government present will inform their concerns and priorities for climate action, and provide overall guidance for two-week negotiations on 3 December (first part of the high-level segment). The high-level segment will be resumed during the second week of the conference and Heads of delegation will make country statements with their concerns on the outcomes of the conference. In addition, high-level events on global climate action, stocktake on pre-2020 implementation and ambition, third biennial Ministerial Dialogue on climate finance, Talanoa Dialogue and Ministerial roundtables will be held to provide 'political' guidance and/or negotiate on critical issues related to the implementation of above regimes. Action events on human settlements, industry, water, transport, energy etc. will also be organised during the conference period, including roundtables on finance, relevant SDGs, and resilience linking with climate actions.

The IPCC (Inter-Governmental Panel on Climate Change) special report on the impacts of global warming of 1.50C above pre-industrial levels and related global GHG emission pathways, in the context of strengthening the global response to the threat of climate change, sustainable development and efforts to eradicate poverty is expected to be a basis for further negotiation for reducing GHGs emissions and adaptation needs in the conference. This report has informed, with high confidence, that 'global warming is likely to reach 1.50C between 2030 and 2052 if it continues to increase at the current rate'. It is clear that no country is 'immune' to climate change impacts. If global warming is limited to 1.50C compared to 20C, impacts of climate change on terrestrial, freshwater, and coastal ecosystems and their services to human beings will also be lower and it will help to lower adaptation needs.

The Katowice decisions will also depend on the outcome of the Talanoa Dialogue, initiated by the current Presidency (Fiji) in 2017. For us, the Addis-Ababa LDC Ministerial Communiqué on climate change will provide a basis for negotiation. Hon'ble Minister for Forests and Environment Hon'ble Shakti B. Basnet participated in adopting this Communiqué on 15 October 2018. It has recognised, inter alia, the importance of rapidly scaling-up access to renewable energy (RE) and energy efficient (EE) technologies, and called for implementation of the framework of the LDC REEE initiative for sustainable development and welcomed the LDC initiative for effective adaptation and resilient development.

On 16 October 2018, a Global Commission on Adaptation has been formed with 28 commissioners and 17 countries through the initiatives Bill Gates, Ban Ki-Moon and the World Bank CEO Kristalina Georgieva to help vulnerable populations to adapt and to find best ways to deal with life in a warmer world. The outcome of the 6th Asia-Pacific Climate Change Adaptation Forum (17-19 October 2018, Manila) also provides updates on challenges and opportunities for climate action.

The present Presidency (Fiji) and incoming Presidency (Poland) have worked jointly to make this KCCC successful and productive. Invitation to the Heads of State and Government just within 3-years of the Paris conference in 2015 indicates a strong realisation on the urgency for climate action which requires political guidance, initiatives, commitments and interventions in all parts of the world.

Nepal's standing on climate change is clear. Prime Minister Mr. K. P. Sharma Oli in his statement on 27 September 2018 to the UN General Assembly has informed the international community that 'impact of climate change burdens the poorest and the most vulnerable countries, like my own country Nepal, despite their negligible emission and impacts on mountain have been felt as existential threat. The loss of lives, properties and bio-diversity, and increasing phenomenon of calamities are becoming untenable.' The Prime Minister called for, inter alia, a 'matching and robust response, and for implementing the Paris Agreement in its entirety and good faith'.

The 2009 Copenhagen Climate Change Conference (C4) was participated by the Head of the Government, the then Prime Minister Madhav Kumar Nepal who led Nepal's high-level delegation, comprising of ministers, parliamentarians, government officials, experts, mountaineers and youth. Country preparation was very effective in collecting inputs from multi-stakeholders and knowledge-based institutions & individuals that provided a basis to communicate our priorities, concerns, and ideas in Copenhagen. A cabinet meeting was held in Kalapaththar; a South Asian regional conference on Kathmandu to Copenhagen was organised to agree on collective priorities and concerns; a status/position paper was prepared to assist Nepal's delegation in negotiation process. This paper was extensively discussed in the Climate Change Council. In 2015 Paris Conference, Nepal's performance at the high-level segment was 'poor'.

Nepal proved her strong commitment and leadership on climate change processes by being the chairs of the LDC Coordination Group (2013-2014), LDC Expert Group (LEG) (2014-2015 and early 2018), Adaptation Fund Board (2016), including SBSTA rapporteur in 2008-09, LEG member (2008-2013 and 2016-2018), and member of the Warsaw International Mechanism on Loss and Damage (2016-2017). Furthermore, good practices have been documented from on-the-ground climate change adaptation and resilience initiatives. These experiences and learning could be capitalised in repositioning Nepal on climate change regime. In addition, our effort in securing funding for NAP and its formulation was also reflected in the UNFCCC annual report in 2017 and Nepal's adaptation initiatives were recognised in 2015 and 2016.

As a Party to the UNFCCC, KP and PA, Nepal will, as usual, attend this KCCC. It is most likely that the President of Nepal will attend the opening session and make statement with Nepal's priority concerns and may call the international community for the effective implementation of the climate change regime. Climate change community may be willing to, inter alia, learn from our good practices in localising climate change adaptation, promoting RE & EE technologies, and mitigating the adverse impacts of climate change, including by initiating REDD+ programme to protect climate vulnerable communities in the mountains. It is equally important to inform our commitment towards low carbon economic development pathway, building adaptive capacity of the climate vulnerables, and promoting climate-resilient development. The President may wish to signal the urgency of collective response on climate change impacts in the mountains, and to avoid the conversion of 'white mountain peaks' to 'black peaks' due to global warming and climate change. Recalling the 2009, the then Prime Minister of Nepal drew the attention of the international community on the impacts of climate change in the Nepal Himalayas when he presented the 'mountain stone' to the US President. It is expected that President's participation in 2018 KCCC will be most valuable and rewarding to advance climate change activities in Nepal.