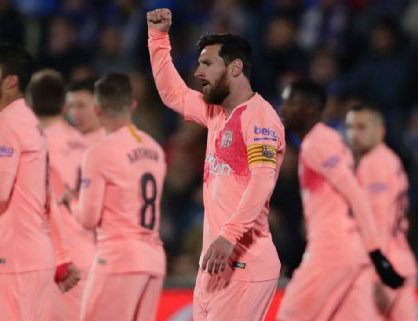 Barcelona increased their lead atop La Liga with a 2-1 victory at Getafe on Sunday.

First-half goals from Lionel Messi and Luis Suarez put the Blaugrana in front before Jaime Mata pulled one back for the hosts just before the half. 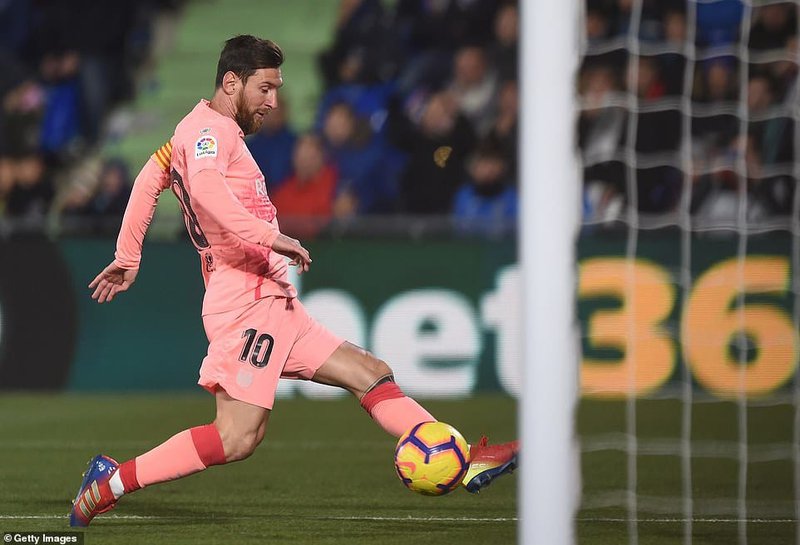 Messi opened the scoring after 20 minutes when, after running onto a deflected through ball, he collected his own rebound and slotted into an empty net from close range.

Suarez then added Barca's second 19 minutes later with a sensational volley from distance after an initial shot was deflected high into the air. 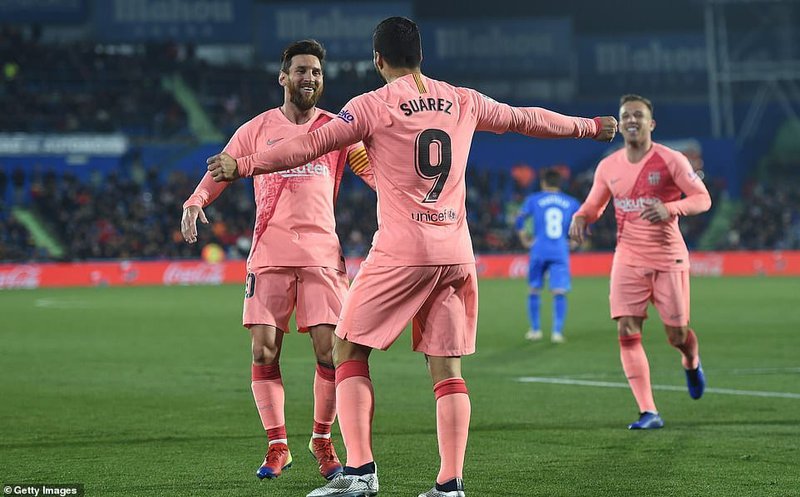 Mata gave Getafe some hope two minutes before the break, firing in Angel Rodriguez's pass from close range. But the hosts would get no closer, despite Mata missing an open goal in the second half.

The win gives first-placed Barca 40 points from 18 matches. Getafe remain in seventh with 25.