Another autocratic and inadmissible decision by the prime minister soon upon coming to office was to grant anew the license to develop Budhi Gandaki to a Chinese company with a questionable past in Nepal that the parliamentary committee had earlier deemed improper. This is a multipurpose water resource development project that produces not just what are private goods such as much-needed seasonal peaking electricity for the national grid but also public goods (irrigation for an area stretching from east Chitwan to Nawalparasi, flood control, fisheries, navigation, satellite city development and tourism). 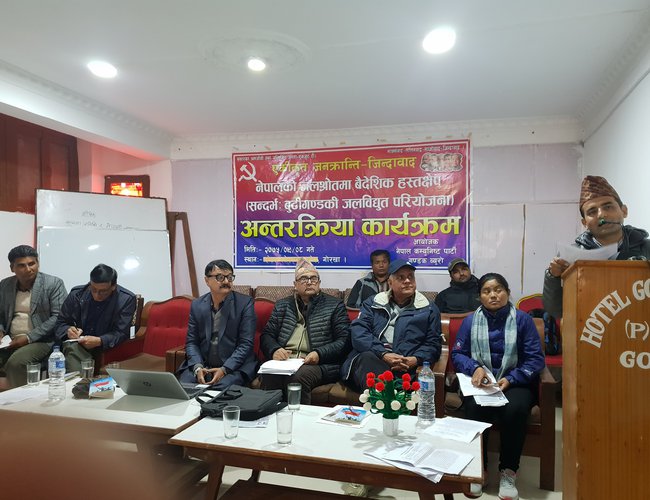 This title is really not mine: it only summarizes the gist of what de-jure prime minister Oli, the de-facto co-prime minister Prachanda and the leader of the Kangress opposition Deuba have been saying more openly in the last few days. Everyone must certainly take it very seriously when the prime minister stands in Parliament, as he did Sunday last, and says that the press reporting (rather accurately, for a change) on corruption and malfeasance within his government will bring down Loktantra, and when that happens regression (i.e. the King) will be back. He was replying to criticism of pervasive nepotism practiced by supposedly progressive communist ministers at both the center and the provinces appointing their relatives to public positions. Making a rather absurd argument that the King stepped in to assume power in 2002 when media reports discredited male MPs (for billing the government for medicine taken only by pregnant women), he asked the media to refrain from such reporting. He should instead have asked his ministers and party cronies to desist from such malpractices. Strange indeed are the values of Loktantra!

In that same speech, the prime minister also presented to the parliament highly massaged and baldly untrue figures of the country's progress. He claimed to have ended cartels that exploit consumers when in fact they are stronger than before. He contradicted his own finance minister's white paper figures and those of the auditor general, the Rashtra Bank and the Tourism Board. The economy is not doing well, imports are ballooning way beyond what is sustainable, and the prime minister's claims that investments are pouring in was based on the shaky premise of the number of companies registered, not how much investment they have actually brought in or even committed themselves to bringing in.

Indeed, another independent civil society study ( http://www.cansouthasia.net/wp-content/uploads/N-CANSA-State-of-Climate-Action-in-Nepal-FINAL-7-October-2018.pdf ) shows how hollow government pronouncements really are. At the recently concluded COP-24 in Poland, a lot of sweet syrup was served trying to dress up Nepal's policy commitment to countering climate change. What the independent study showed is that, sweet policy statements notwithstanding, Nepal's import of petroleum products is exploding, costing the country 169% of its total export earnings; success stories such as biogas and bio-briquette industry are in decline; carbon footprint of a Nepali's electricity consumption has increased massively with import of poor quality anthracite-generated electricity from Bihar; Nepali hydro-developers are unable to evacuate their electricity to the national grid because NEA has defaulted on building timely connections; and solar developers and electric vehicle importers are in despair as the transport bureaucracy remains vassal to the fossil-fuel industry and the finance ministry can only think in terms of the revenue that comes from importing fossil fuel and cars that use them, not what it is costing the country. 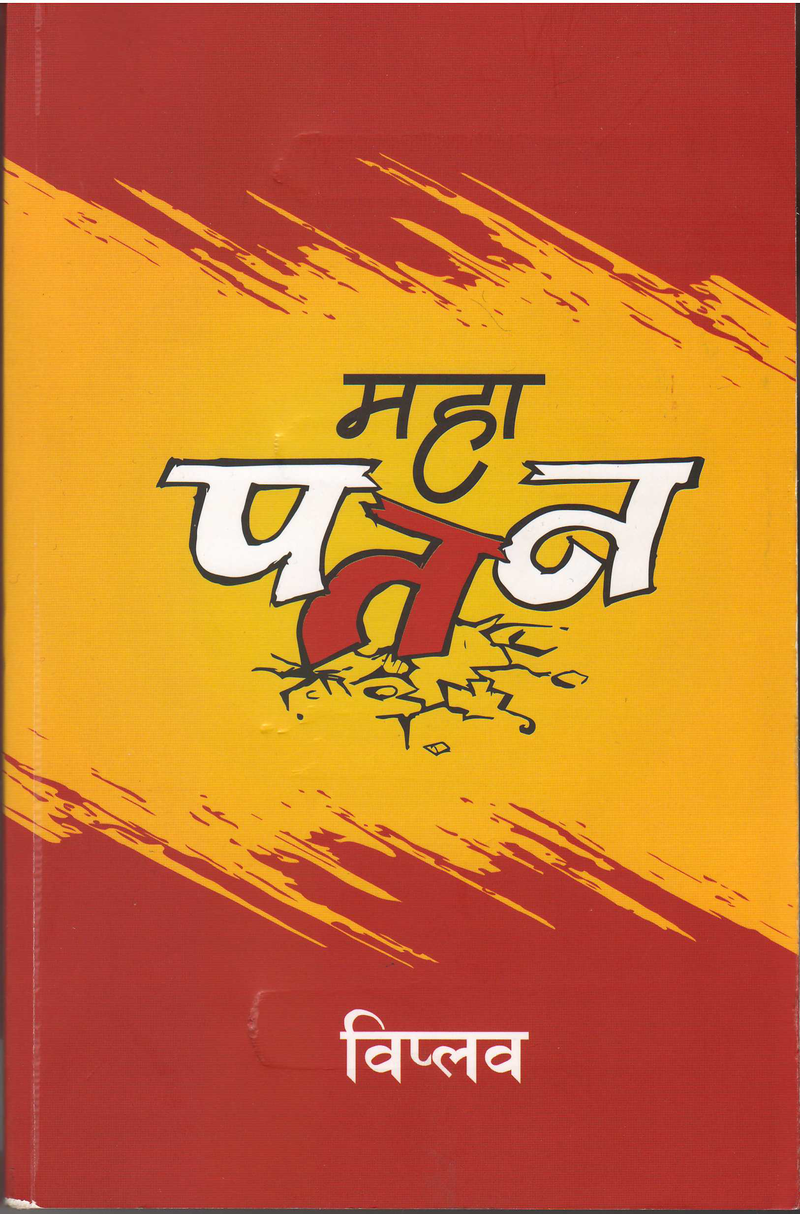 Yes, Loktantra is in trouble, having exposed its feet of clay in many more ways. An MP in jail accused of mass murder, but rather than have his membership rescinded, he was brought from jail to be sworn in and taken back to jail again, thus tarring the entire parliament as a safe haven for criminals. The national flag-carrier airline, rather than flying high in the Himalayan skies, is mired in a corruption scandal whose magnitude dwarfs its earlier Lauda (Kangress) and Chaise Air (EhMaLey) scandals in the 1990s. The country's police, in what seems to be an inept attempt to shield sons of high-ranking officers and politicians in the Nirmala rape and murder case, is caught multiple times with its pants down trying to frame innocent boys, including one that was somewhat mentally disabled.

Even as all these scandals buffet this EhMaLey-Cash Maobadi government, the prime minister is busy concentrating more and more powers into his own (and his kitchen cabinet's) hands. He had already brought most government investigative agencies under his direct authority; now he seems to have brought many of the important ministries too under his direct supervision, making ministers powerless or redundant. Informal discussions with senior civil servants indicate that the prime minister is giving direct instructions to secretaries, bypassing his cabinet colleagues. When ministers ask secretaries to do something, they are told by the secretaries under them to consult the prime minister who has given contrary instructions! If this is Loktantra and not neo-feudalism, please give us another definition differentiating autocracy from democracy.

Another autocratic and inadmissible decision by the prime minister soon upon coming to office was to grant anew the license to develop Budhi Gandaki to a Chinese company with a questionable past in Nepal that the parliamentary committee had earlier deemed improper. This is a multipurpose water resource development project that produces not just what are private goods such as much-needed seasonal peaking electricity for the national grid but also public goods (irrigation for an area stretching from east Chitwan to Nawalparasi, flood control, fisheries, navigation, satellite city development and tourism). The bottom line truth is that the private sector cannot and should not be allowed to mess with public goods: it must be managed by the state and state-backed institutions. In what plausible manner can a private company "sell" flood control benefits or for that matter fishery, navigation and irrigation benefits in Nepal's hinterlands? And ignoring those benefits (which are substantially more than that from electricity alone) means lumping all costs of development onto electricity, making it much more expensive than need be and free-riders out of other beneficiaries of regulated and stored water (including our difficult downstream riparian).

The official opposition in the parliament, the Nepali Kangress, is clueless and mired in its own internal squabbles to address issues that are bothering Nepali voters. The inept manner in which their Mahasamiti meeting was held is forcing normally liberal and democratic voters to ask if this party, which cannot even hold its party meeting in a befitting manner, can or should be allowed to run the government. During that messy meeting, over half its delegates signed a petition asking that Nepal's identity be restored as a Hindu state: the party was not even able to discuss it, let alone provide any convincing leadership one way or the other. It allowed Kamal Thapa and his RPP to hijack BP Koirala's Reconciliation Anniversary from under the Kangressi nose and claim the democratic mantle for his party as BP's true followers who believe in a reconciliation between liberal democratic and traditional forces. It also reopens questions about bedrock provisions of Loktantra, how they were imposed through the backdoor, and why coming to terms with Nepal's history and the institutions that form its identity bedrock is critical for political stability in the days ahead.

The Left that is much more to the left than the EhMaLey-Cash Maoist combo in government seem to be scenting blood and drawing public support. The Biplav Maoists together with other like-minded ideologues seem to have woken up to the opportunities presented by this failure of Loktantra. They recently organized a protest meeting in Gorkha to sensitize the people about the malfeasance happening in their district under the Budhi Gandaki project. It was a tactical move to use such issues to reach out to the masses while pushing their program, which is a total rejection of bourgeoise parliamentary Loktantra.

And a book widely read and also distributed at the event says it all. It is by Comrade Biplav (Netra Bickram Chand) and titled Mahapatan (the Great Downfall of Prachanda and Baburam); and it is not written for the likes of you, dear readers of Spotlight but for other ex-Maoist combatants and true believers. Hence the first part of every chapter is tedious, outlining what Marx or Mao said; but the latter part is fascinating. They provide quotes of pre-2006 Prachanda and Baburam corroborating Marx and Mao but then go on to highlight their post-2006 sayings and behaviour that manifest as rank opportunism at best and an outright betrayal of their revolutionary ideology and comrades at worst. Of the 26 chapters in the book the longest and most interesting is the 19th titled Prachanda's Misguided Steps. It details how Prachanda buckled and surrendered to India's intelligence via Baburam, how they had decided to slink back into the bourgeoise parliament against which they raised arms, and how they succumbed to the lure of lucre over revolutionary ideology.

Yes, the moderate middle of Loktantra is dying from self-inflicted wounds and those outside that have consistently opposed or rejected its fundamental pillars seem to be circling for the kill. We are living in interesting times.