The Belt And Road Initiative: Legal Challenges For Nepal

The BRI, as a new approach, presents an opportunity for Nepal to further increase such investments with enhanced speed 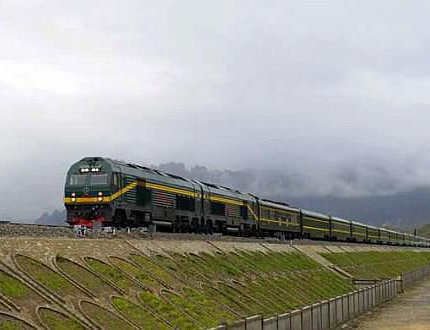 The Belt and Road Initiative (hereinafter, “BRI”), introduced by President Xi Jinping of the People’s Republic of China in 2013, is an international development project focused on connectivity and regional economic integration. The project is guided by the principles of “policy coordination, facilities connectivity, unimpeded trade, financial integration, and people-to-people bond,” as summarized by Chi He in Normative Readings of the Belt and Road Initiative (2018). The Initiative prioritizes investment in infrastructure, education, construction materials, railways and highways, automobiles, real estate, power grids, iron and steel, and other such investments. This project aims to change how the countries in Asia, Europe, Eurasia, Africa, and Oceania trade, invest, and exchange ideas.

While the “road” part of the Initiative is to connect shipping and transportation routes via major ports from China to Africa and Europe, the “belt” part, perhaps more ambitiously, involves the creation of a high-speed, transnational railway network connecting the relevant countries. This grand vision for the investments and creation of coordinated trade routes on both land and sea, spanning more than five dozen countries, when completed, would provide extraordinary new opportunities for investment, trade and economic integration. Efforts are already underway to address the inevitable legal issues that will arise as a consequence of the enormity of the BRI projects. For example, China and numerous BRI countries have signed the Hong Kong Manifesto with the aim of organizing annual conferences to share legal knowledge and create a Belt and Road Lawyers Alliance.

From the very beginning, Nepal has approached the BRI as a potential opportunity to attract much-needed capital for infrastructural development. In the past decade, China has become one of the major investors in Nepal; according to Gateway House, an Indian foreign policy think tank, in 2015/16, 41 and 13 percent of Nepal’s total foreign direct investment were from China and India, respectively. In Nepal, China has prioritized investment in manufacturing, tourism, services, energy, and agriculture, including roads, bridges, airports, hydropower plants, and agricultural projects.

The BRI, as a new approach, presents an opportunity for Nepal to further increase such investments with enhanced speed. For example, recent understanding between Nepal and China to construct the railway line from Kerung to (1) Kathmandu and (2) to Pokhara to Bhairahawa are two major agendas for new investments. If they materialize, they will illustrate China’s seriousness about its commitment to developing infrastructure in this country. Obviously, with renewed faith and commitments, several new opportunities will emerge in Nepal, India, and the rest of South Asia. Pakistan, Sri Lanka, and Bangladesh are other countries like Nepal that are already involved in the BRI mega projects. Such projects are also expected to facilitate regional cooperation and create more opportunities for economic growth in South Asia. Therefore, the complex legal issues arising from the BRI should not be left to politics and cannot be minimized.

Because the BRI spans so many countries with varying legal structures in various stages of development, it raises an important question about the legal jurisdiction that will oversee disputes that will inevitably arise along the belt and road route. For example, just within the ten Southeast Asian countries participating in the BRI, some are based on common law traditions, some on civil laws, and still, some are hybrids of the two. In this regard, Chinese State Councilor and Foreign Minister Wang Yi is on record expressing intentions to establish a single entity that will feature lawsuits, arbitration, and mediation mechanisms. As of July 3, 2018, China has established the Belt and Road International Commercial Disputes Resolution Mechanism and Institutions; moreover, two international commercial courts, in Shenzen, Guangdong Province, and Xi’an, Shaanxi province, in China, will be established to settle cross-border commercial disputes arising in the BRI projects.

Others argue, however, that it is more likely that a third party will be required to arbitrate the resolution process. In this regard, the United Kingdom has agreed that English law has the flexibility to easily adapt to commercial disputes due to the law’s mercantile and unideological nature. On the other hand, because state bodies are signing memorandums of understanding with China and dictating the details of the national-level projects, such bodies may be compelled to arbitrate in Chinese courts.

Cross-border issues will be another major legal hurdle for the BRI projects. A large part of the BRI is the exchange of information and human capital and the promotion of investment across borders. Inevitably, issues relating to immigration to service different projects, for example, will become prominent, as nuanced regulations may result in such issues becoming a barrier to the decisions about trade. Similarly, countries along the BRI route will have varying border control and customs regulations, and a unified approach will be necessary to ensure that the process of investment and trade is smooth and problem-free.

Another legal issue that arises from the BRI is regarding contract models. Usually, a governmental entity, acting as a third party, will serve as a mediator between the investors and the party that will oversee the entirety of the project, from designing to building, and reap all the benefits in revenue. However, since the BRI spans various countries and projects, it will be a legal challenge to ensure that the differing jurisdictions are able to still promote an integrated approach to a diverse investing climate.

With projects spanning different countries, the issue of currency is another glaring one. Although many projects of the BRI are to be funded by the Asian Infrastructure Investment Bank, a Chinese entity established especially for this purpose, the project itself cannot ensure that a single currency will be used to fund, built, and operate the project and be raised as revenue. A currency risk hedging arrangement (i.e., settlements between parties to reduce future risks) may be necessary.

On a similar note, many countries require a competitive bidding market (also known as open tendering) for investors and builders in order to ensure that projects are executed competitively and effectively. The lack of multiple bidders could mean an ineffective project. For example, in 2017, the government of Nepal dismissed the construction of the Budhi-Gandhaki hydroelectric plant it had confirmed with China’s Gezhouba Group because of issues relating to open tendering. Ultimately, however, the terms of the project are being renegotiated, and the project is being handed back to the Group.

Additionally, in 2017, the Belgrade-Budapest high-speed railway (BB HSR) faced a setback of several months due to a failure to comply with the European Union’s (hereinafter, “EU”) regulations regarding infrastructural projects. As the only of three countries involved in the project that was a part of the EU, Hungary should have complied with the EU’s public tender regulations. However, a November 2015 treaty between Hungary and China only called for select Chinese companies to invest in the infrastructural project. Consequently, the Hungarian government has now launched a new public procurement procedure to uphold the EU’s open tendering regulations.

Debt hangover is another major legal issue for recipient countries like Nepal. A Center for Global Development policy paper (“Examining the Debt Implications of the Belt and Road Initiative from a Policy Perspective” (March 2018)) scrutinized the debt risk for 68 borrower countries and found that eight of them are at risk of debt distress. (Nepal is excluded from this list.) The paper suggests that in order to “mitigate the risks of commercial lending and better promote the development impact of that lending,” Chinese aid can “finance technical legal support to developing country borrowers, through new and existing multilateral mechanisms.” Legal mechanisms can be a solution to overseeing the loan terms that many projects will agree to with investors in order to ensure that debt hangover will not become a major issue in the future.

An international project of this magnitude will face many challenges in ensuring that all the projects under the BRI follow a universal standard. For example, some countries prioritize infrastructural projects’ effect on the social and environmental harmony of the locale. Various projects in Nepal have faced uproar from the local community, activists, and international sympathizers because of their effects on the surrounding land, resources, and environment. Reportedly, there are talks in China to develop a collaborative Belt and Road network of regulations and the rule of law that will address issues relating to finance, intellectual property rights, taxation, environmental protection, as well as transportation.

Moreover, throughout the process of building infrastructure, individual countries will likely face national challenges, ranging from political instability to the countries’ ability to ensure that the aims of the projects are met and that they are, indeed, completed. The varying forms of government with their own political agendas and climates will likely present non-economic challenges to the projects. Recently, at China’s request, the government of Nepal has reportedly decreased the list of projects signed under the BRI banner from 35 to nine, mainly due to lagging progress in kick-starting the negotiation process. However, because this is only the first round of projects, Nepal can still pursue other projects once there is some progress in the selected nine.

What is important for Nepal?

Regardless of Nepal’s participation in the BRI and the challenges that may arise, the Nepali legal system requires reforms; the safety of investment and compliance with internationally-accepted norms and standards are important for Nepal, whether a particular project comes from the BRI or from any other country or foreign direct investment. These issues need to be tackled as soon as possible. For example, the Kathmandu University School of Law (KUSL), as a leading academic institution in Nepal, has already welcomed postgraduate legal research in the areas of trade, investment, energy, and infrastructure laws in hopes of addressing the legal challenges that the BRI and other investment projects in Nepal will raise. As such, it is high time that the federal government gives due emphasis to creating a conducive legal environment for international investment, including for the BRI.

What Are The Possibilities Of Nepal With The Asian Infrastructure Investment Bank ?
Mar 24, 2019

Japan Government And UN-Habitat Implement The Project In Nepal, Cambodia And Sri Lanka By NEW SPOTLIGHT ONLINE 2 hours, 43 minutes ago

Incredible Opportunity To Visit Patan Durbar Square In Nepal: US Under Secretary Nuland By NEW SPOTLIGHT ONLINE 6 hours ago

US Wants To Make Its Collaboration And Strong Economic Relation With Nepal: US Under-Secretary Victoria Nuland By Agencies 12 hours, 26 minutes ago

US Under Secretary Nuland Pays A Courtesy Call On PM Prachanda By NEW SPOTLIGHT ONLINE 1 day, 8 hours ago