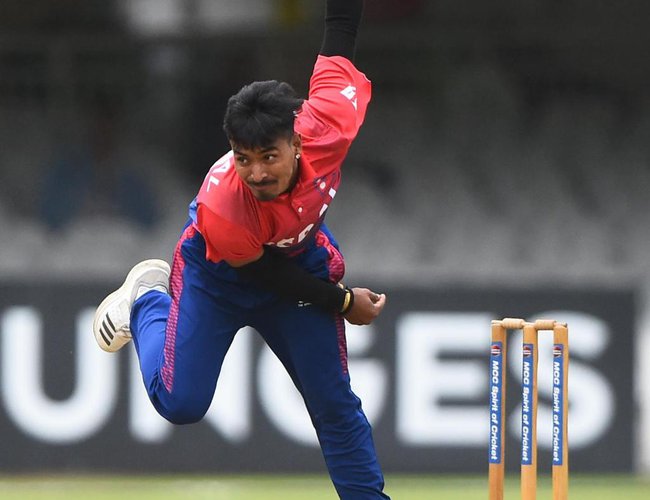 Rohit Paudel's fifty lifted the visitors to 242/9 before Sandeep Lamichhane and Sompal Kami shared nine wickets to bowl UAE out for just 97 in 19.3 overs in Dubai on Saturday, January 26.

In scoring 55, Paudel claimed a piece of cricketing history for himself becoming, at 16 years and 146 days old, the youngest male player to score more than 50 in any international format. More crucially, his knock lifted his side from 113/5 to 242/9.

The day had begun relatively well for Nepal, openers Gyanendra Malla and Binod Bhandari scoring 61 runs together. But once the latter fell for 21, nicking to slip off Amir Hayat, it was a procession of wickets. Malla was the the next to fall, for 44, slapping a good length ball from Zahoor Khan straight to the man at mid-off.

UAE would have expected Nepal to roll over, but it wasn't to be as Paudel and Aarif Sheikh put on a fantastic 82-run partnership for the sixth wicket. Paudel's 58-ball knock featured seven fours as he scored 55, while Sheikh scored a more sedate 49-ball 29 before falling lbw to Haider. Paudel too was dismissed by Amir Hayat, caught by the keeper as he nicked an attempted big shot. Some cameos from Karan KC and Lamichhane helped Nepal to a respectable total.

The innings began poorly for the home side, and they were reduced to 29/4 in no time, seamer Kampi getting the first four wickets to fall. He relied on variations and seam movement to get his victims.https://twitter.com/hashtag/UAEvNEP?src=hash

With the opening created, Lamichhane thwarted any chances of a revival. Chundangapoyil Rizwan and Muhammad Usman showed some resistance with a 28-run partnership before the leggie got into his work.

He removed Rizwan for 16 and dismissed Fahad Nawaz the very next ball, and only three balls later had Hayat dismissed too. Muhammad Usman and captain Mohammad Naveed tried to counter-attack, but only with limited success as the latter was run out for a nine-ball 19. Usman was soon to be dismissed by Lamichhane. Kami finished things off with the wicket of Zahoor Khan for eight. 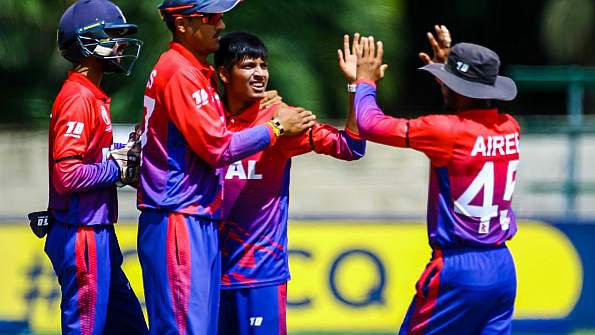 The deciding third ODI will be played in Dubai on January 28. UAE's batsmen will have some work to do. Nepal will enjoy the youth-powered victory.