JIRI Back On Feet To Everest

With the slogan of Clean Jiri, Green Jiri and Organic Jiri, the Jiri Municipality of 15200 people is making efforts to attract internal and external tourists to boost its economy 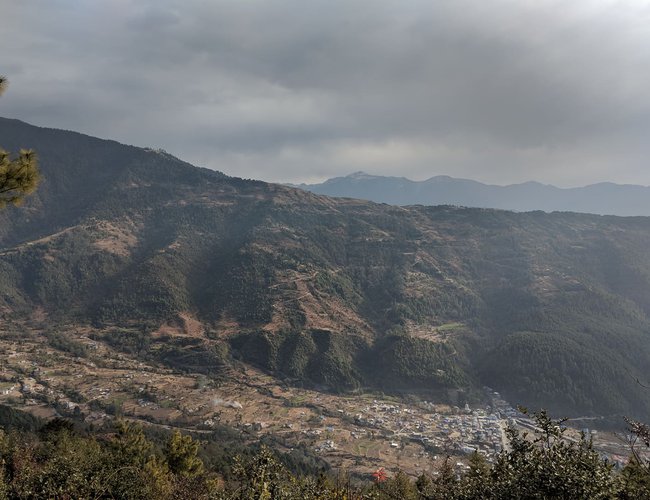 In the last four decades, Jiri, situated in Dolakha District of East Nepal, has gone through many ups and downs, from being a hub of trekkers bracing for Mount Everest Expedition and Trekking to turning into a ghost town after the earthquakes of 2015.

Close to the fault line of the Himalayas, the Jiri Valley suffered badly, with almost hundred percent of its houses destroyed. Restarting from the debris, the reconstruction of the new houses has completely transformed the face of the Jiri Valley now. 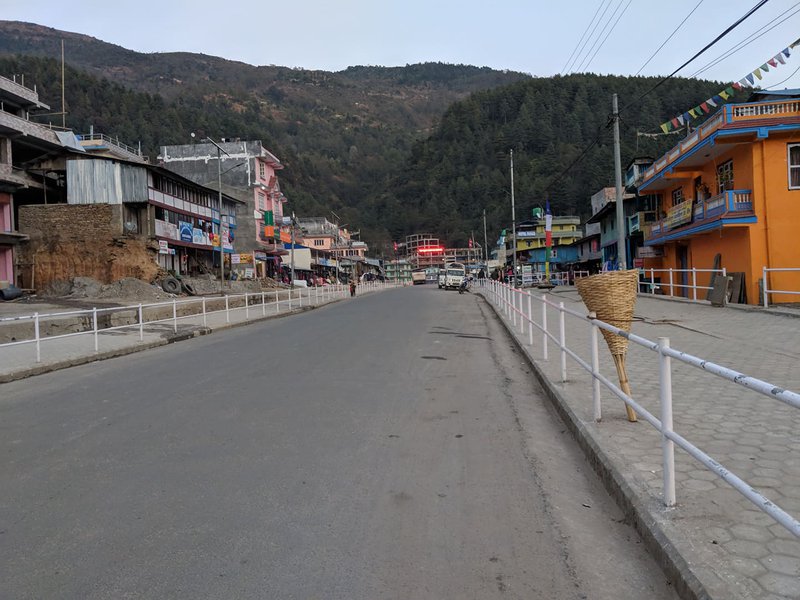 With the slogan of Clean Jiri, Green Jiri and Organic Jiri, the Jiri Municipality of 15200 people is making efforts to attract internal and external tourists to boost its economy.

"The municipality has already invested money to develop parks at the top of the hills and improve the conditions of other important monasteries in our areas," said Mayor Tanka Jirel. "In his recent tour, Chief Minister of the State has also promised to help revive Jiri. Given the favorable support from the center, province and our level, the city will revive again."

Constructed using earthquake resilient technologies, the new hotel buildings in Jiri Valley have more facilities and spaces. After the opening of Kalinchwok Cable Car, the number of internal tourists has also increased recently.

Sixty six years old Keshar Bahadur Jirel, a resident of Jiri Municipality, Ward No 5, is a hotel entrepreneur. Unlike other hotels, his hotel offers a special Yak Cheese made in Jiri. "I had worked as a Cheese technician for long. Jiri is also known for Yak Cheese. We still have a cheese factory in Chiujang," said Jirel, who owns Hotel Gabriela. 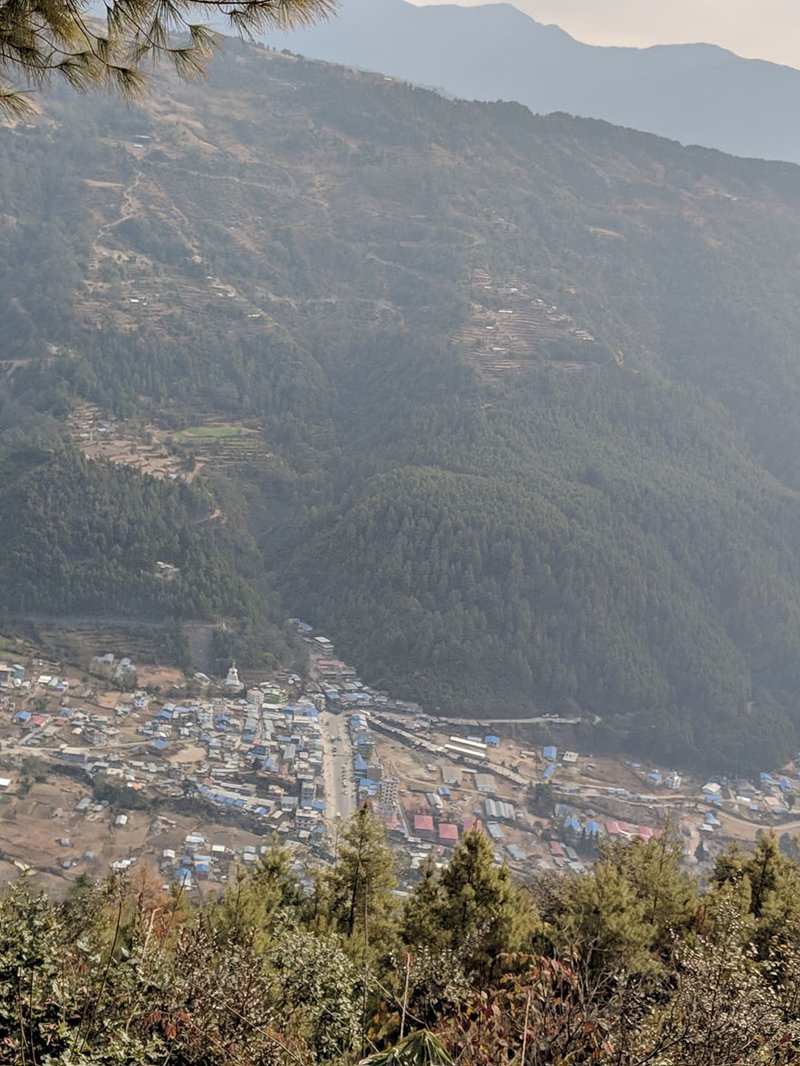 Many people say Jiri is Nepal's Switzerland. "This is a Switzerland of Nepal. Swiss Citizens Dr. Bennett Malhar, who stayed in Nepal Sheep Extension office named Jiri likened it to Switzerland. Dr. Malhar, who later joined politics in Switzerland and became minister, related Jiri valley to his home town Zurich," said Jirel. He played an important role to push Switzerland to support the construction of current road. He said this is the second home or Zurich.

As all the old houses were destroyed and new buildings reconstructed, Jiri is now ready to welcome domestic and international visitors. 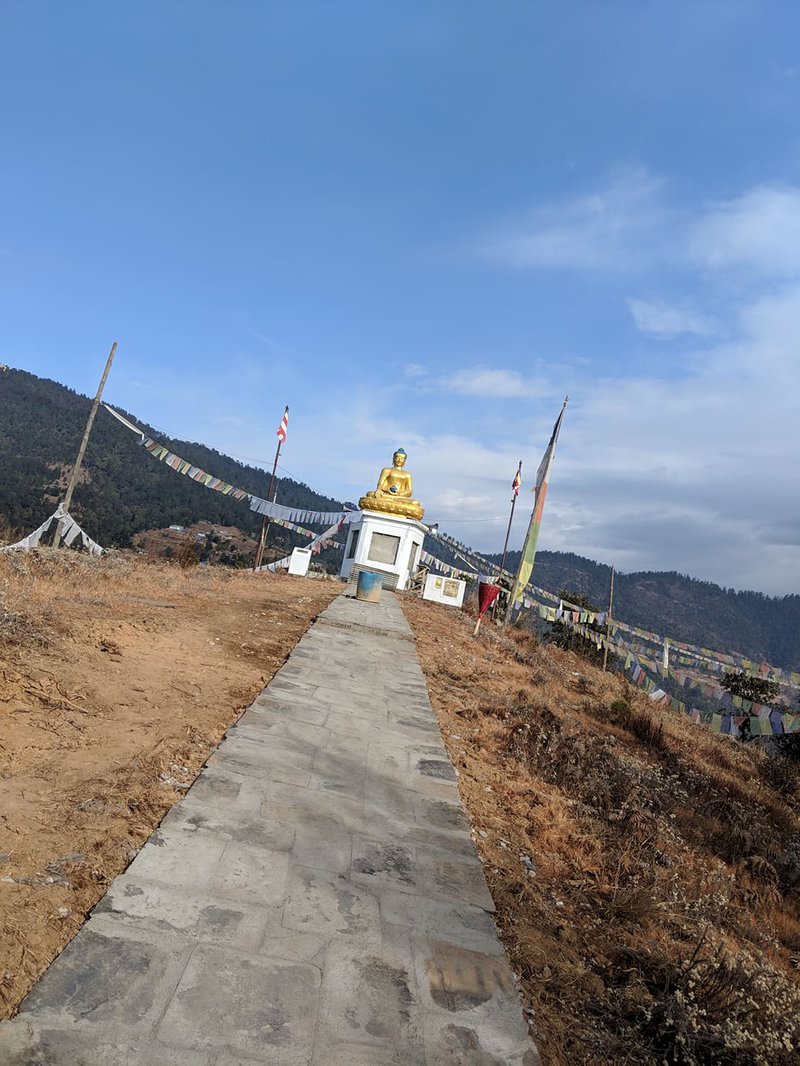 Although only a few foreign tourists visited, it recorded a pull of internal tourists. As the condition of road is so bad, it hampers efforts to boost the number of tourists. "With the construction of new houses and the reconstruction of roads within the three years, it will not take time to revive Jiri," said Mayor Jirel.

With over 100 small and medium scale hotels and lodges, Jiri's future is very much dependent upon the revival of tourism.

Situated at an altitude of 1,905 meters (6,250 feet), Jiri is connected to capital Kathmandu by 184 km narrow road. For a long period the city hosted a lot of foreign trekkers and expedition groups as a point to reach Everest region. As the road expansion is currently on, it takes 7 to 8 hours by a public bus to reach Jiri. 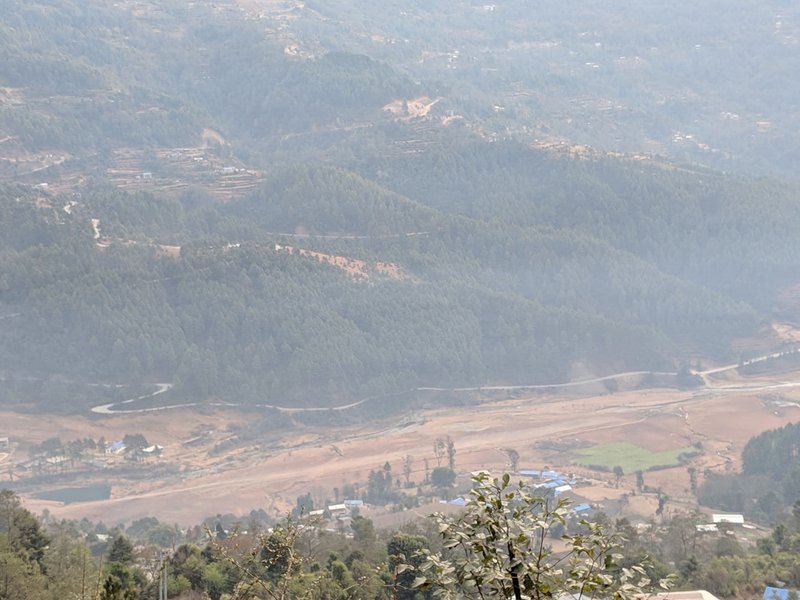 Known as the only popular gateway to Mount Everest till the opening of Lukla Airport and road to Salleri, Jiri, a small valley, east of capital Kathmandu, has its own cultural and ethnic peculiarity. With its beautiful natural surrounding and mixed population of Jirel, Sherpa and Tamang, Jiri also offers cultural diversity.

Jiri has a small airstrip which used to operate Pilatus porter aircraft till 1980s. As the airport to Lukla made operations of Nepal Airlines Twin otter possible with high frequency since 1968, Jiri's airport has lost its own utility.

Located by Swiss geologist Dr. Toni Hagen, who made his way to Jiri to go to Mt. Everest Base camp, he also described the beautiful nature of Jiri valley and diverse ethnic groups.

Although there is no recorded history, local people regard Dr. Hagen was the first foreigner to visit Jiri. Dr. Hagen was so much inspired by the beauty of the small valley, he compared it to a town with the hills of Switzerland.

Along with other physical infrastructure, Hagen´s advent brought three most valuable things to the Jirels. The first was economic empowerment. From Jiri to Lukla, it is a seven-day trekking. Till the opening of the other routes, it became the most famous of trekking routes in Nepal.

Having seen all the transformations in Jiri, sixty-five years old Tek Bahadur Jirel, who also worked in nearby Cheese factory in Jiri, recalls the hay day when tourism industry provided employment and economic opportunities. "During the trekking season, it was hard to get room as the rush of tourists reached over 20,000 in 1995. After the beginning of Maoist insurgency in 1996, a decline in the number of trekkers started.

"With the incidents related to Maoist violence increasing along the road, the numbers fall to less than a hundred in 2005. Many people moved to Lukla and other places and hotels and restaurants developed in the route shut down one after another," said Jirel.

“The daily arrival of tourists to this gateway to Everest soon improved the economic conditions of the locals,” said another local, Keshar Kumar Jirel, owner of Hotel Gabriela.

From the 60s to the 90s, Jiri almost completely dominated the entire Dolakha district. While district headquarters Charikot was yet to see any development, Jiri was leaving other places way behind.

Things took another turn and the trekkers who would arrive here on their way to Everest base camp started disappearing.

Trekking to Everest base camp by this oldest of routes was interrupted by the Maoist insurgency and this activity has never recovered. Local trekking guides and hotel entrepreneurs point out two major reasons for the decline in the number of trekkers from Jiri to Lukla.

This led to Everest climbers and other mountaineers using the air services that were more efficient and cheaper compared to what is required for seven days of trekking, apart from the payment of forceful donations.

Although the number of foreign tourists declined, schools and colleges come with hundreds of students every year on educational visits to the popular destinations and established tourist destinations.

Of course, Lukla is the fastest way, or the way most tourists prefer to get there. The flight is an adventure in itself, with a small, noisy plane navigating through the narrow Himalayan valleys to land in one piece at one of the most dangerous airports in the world.

For the budget traveler and adventurer, Jiri's old reputation can still be revived. Those who don’t like to take the easy road, this may be a good option. From Jiri, it is possible to get to Lukla in 3 to 5 days. One will walk up and down between valleys and villages and get a glimpse into the local Himalayan lifestyle.

Despite low numbers of tourists, there are enough teahouses on the way in which to find rest and food at a more affordable and negotiable price. "If you have the time and you want to really experience and explore the countryside and hill village life, then take the longest route, the trek from Jiri," said Mayor Jirel.

"You take a bus from Kathmandu to Jiri (11 hours, around 500 rupees) and walk for 6 to 8 days from there to get to Namche Bazaar passing Gaurishankar Conservation Area," said Jirel.

It is a tough walk. One has to go up to 3000 m for 2 days, crossing the Deurali Pass and Lamjura Pass, and then back down to 1500 m. One will feel like the hills will never end. Some will even regret, at times, to have taken this route. However, the trek from Jiri is highly rewarding.

One can see the valleys and aspects of the villages change. Every valley is different: some are poorer, and you can see it in the state of the houses, that the people are less clean and organized.

A nice trip still can be made from Jiri to Namche, and then down to the other valley to Salleri, getting a jeep back to Kathmandu. Also, in the Gaurishankar Conservation Area, there is a multi-day trek that can be done.

With so much beauty and opportunities, Jiri has every potential to revive again. With newly built houses, new slogan and infrastructure, Jiri is going to be a good tourist destination.

ICIMD Warns Possibility Of Outburst Of Four Glacial Lakes In Sankhuwasabha By Agencies 1 week, 3 days ago

Hotel And Restaurant Resume From Today By NEW SPOTLIGHT ONLINE 1 week, 6 days ago