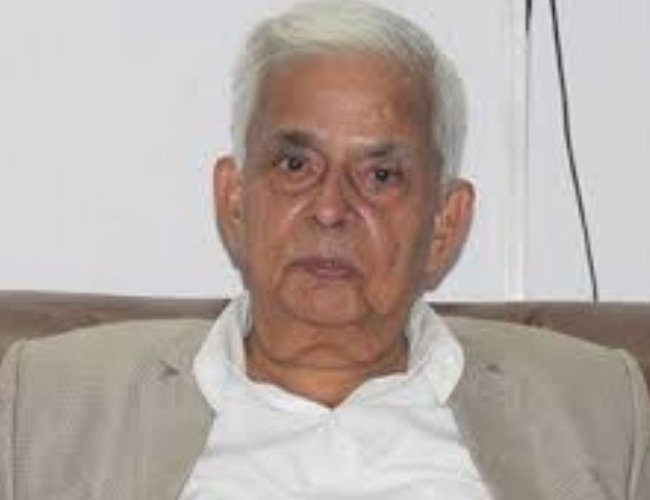 Adhikari, a permanent resident of Morang district was also the brother of former prime minister Man Mohan Adhikari. Adhikari, who was known as a moderate communist leader, became full-time party leader after the 1990 popular movement, shifting his base from his native city of Biratnagar to Kathmandu. Went to Benaras Hindu University, Adhikari spent years in Benaras in exile. Adhikari practised law for decades in Biratnagar.

Worked as a member of Constitution Drafting Committee of 1990, he was with Nepal Communist Party Marxist for long. After 1990, his party merged with CPN-ML. He took a charge of Finance Minister in first Communist minority government in 1995 introducing various populist measures including social welfare scheme.

Served Deputy Prime Minister later cabinet, late Adhikary served twice as Finance Minister. He was a key person to pursuing the unification of communist party. He played a key role in merger of Maoist and CPN-UML.