Adaptation To Climate Change - From NAPA to NAP

NAPA is basically a response and coping approach based adaptation. Its actions are designed based on the understanding of observed impacts of climate variabilities and changes. It enhances the autonomous adaptation which is more of a response based natural process. As for example, if there is a drought because of erratic rainfall or drying up of water sources, NAPA helps to find out alternative mechanisms to cope with the problem by building new water supply systems. 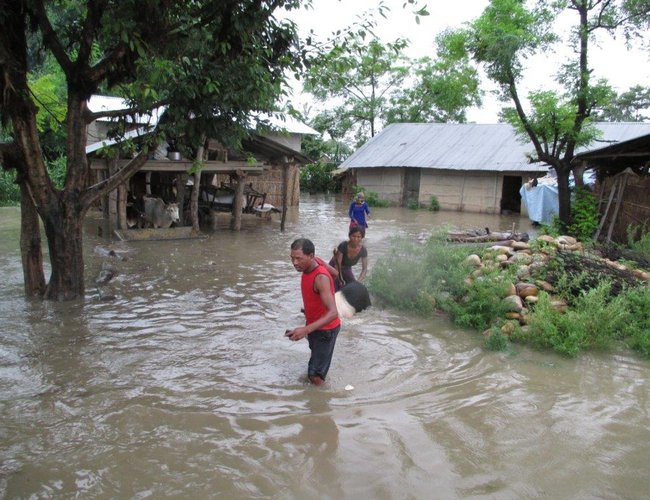 We have observed the impacts of temperature rise on physical, economic and social environments. The very obvious impact is receding of snow lines and declining of snow and glacier mass, increase in number and size of lakes formed out of snow and glacier melt water in Nepal Himalaya. A general thumb rule of relationship between elevation and temperature in Nepal is that in each 1,000m rise in elevation, there is a drop of temperature by 50C. So a 1.50C average rise in temperature will push the snow line back by around 300m vertically together with thinning in the depth of the snow and the glacier mass. The frequency of intensive flood events is increasing as we have faced the impacts of recent floods of 2008, 2013, 2014 and 2017 due to heavy rainfalls. Similarly the frequency of intensive monsoon precipitation over Churia hills of Nepal, the first barrier to monsoon wind while entering Nepal, is increasing. We have also experienced the erratic rainfall events that have affected agriculture, the main livelihood of two third of the population. These climate induced events have affected the poorest the hardest whose livelihoods depend on climate sensitive natural resources and environment, and have poor capacity to respond, cope and adapt.

In order to address the urgent and immediate needs to cope with impacts of climate change, the UNFCCC (United Nations Framework Convention on Climate Change) brought the concept of NAPA (National Adaptation Programmes of Action) specifically to support the Least Developed Countries (LDCs). With the supports from the UNFCCC mechanisms and other donor agencies, the LDCs including Nepal prepared NAPA and are in implementation process. NAPA is basically a response and coping approach based adaptation. Its actions are designed based on the understanding of observed impacts of climate variabilities and changes. It enhances the autonomous adaptation which is more of a response based natural process. As for example, if there is a drought because of erratic rainfall or drying up of water sources, NAPA helps to find out alternative mechanisms to cope with the problem by building new water supply systems. Similarly, if there is physical damage due to flood, NAPA plans to build mechanisms to prevent from further damage by such floods. However in view of continuous increase in global temperature and erratic events of climate variabilities and change which have been anticipated in the coming several decades, action plans under NAPA are not sufficient. The lack of actions now in order to address the anticipated events and their impacts is likely to bring catastrophic impacts of climate change.

NAP needs strong science for future climate information and its impacts. A federal level climate science mechanism under the relevant ministry or government institution needs to be established, its capacity needs to be enhanced and its linkage with provinces and municipalities should be established to ensure that province and municipal governments have access to climate information and use them.

Institutional mechanism at municipal, province and federal levels are required to ensure climate change integration in to development plans and their delivery. These institutions should be permanent as climate change is going to remain for next several decades. Some institutional mechanisms exist at federal level, such as Climate Change Council, Multi-stakeholders Climate Change Initiative Coordination Committee (MCCICC) and climate change divisions in Ministry of Forest and Environment (MoFE). But these institutions have yet to function effectively. Two actions might be required to make them effective 1) they need to be legally recognised and entrusted by defining their roles, responsibilities and authorities in relevant legislative documents, and 2) they need to have strong linkages with province and municipal governments. It is not necessary to create a separate institutional mechanism at all governance levels, the existing relevant divisions and sections at federal, province and municipal levels under relevant ministries or institutions can be designated and authorised for the responsibilities.

NAP needs engagement of sector specialists and stakeholders. Nepal NAPA has anticipated that Nepal’s average temperature will potentially increase by 1.2 – 1.4 0C by 2030, 1.7 - 2.80C by 2050/2060 and 3.0 - 4.70C by 2090/2100 compared to pre-2000 baseline. The development sectors, including health, water and sanitation, energy, infrastructure, cities, production and consumption, life on land and life below water should assess the impacts of the anticipated temperatures on the sectors in medium to long terms. There is an uncertainty, though, on the magnitude and characteristics of climate change which results in to uncertainties in the impacts as well. Periodic review and use of best science helps minimise the uncertainties, which also help identify and chose the most appropriate measures to act now. 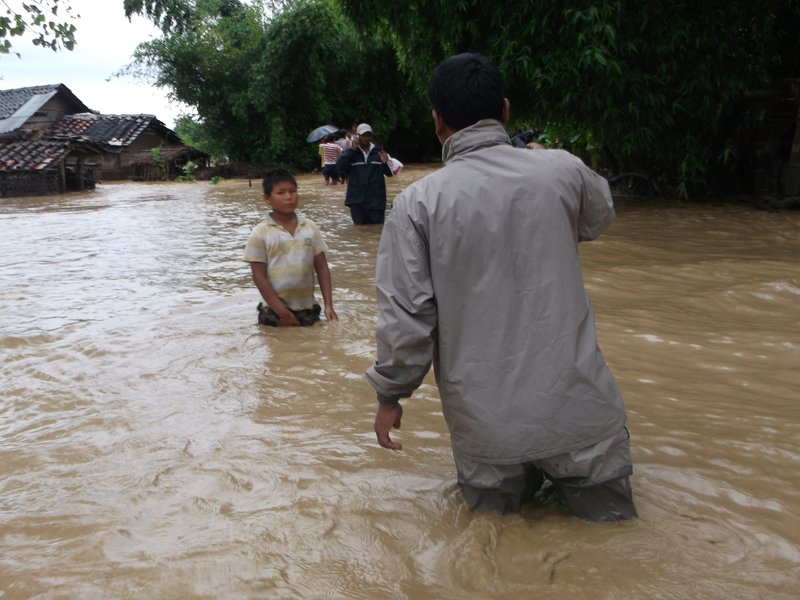 The uncertainties can be amplified by future technical innovations, social, economic, cultural and political developments. So in addition to climate scenarios, NAP might require best future scenarios of these sectors too.

Technical skills need to be built in the respective sectors. As for example, potentially water resources can be highly affected by climate change in the coming decades. Therefore the human resource working in water resource should know how climate change affects water resource under different temperature and precipitation scenarios, when and where will be affected and what will be the magnitude of the effect. Based on these scenarios they need knowledge, skill, technologies, capacity and resources to apply before the impacts are felt or realised. The sectors will require additional resources in addition to what they have access now. Such additional resources, basically the financial resources from different sources, need to be identified and mobilised.

Monitoring is essential for NAP to ensure effective integration of climate change in development sectors, right decisions are made to adopt appropriate actions and avoid maladaptation and inappropriate use of resources.

Nepal has already initiated NAP. The process needs to lead formulation of policies, strategies and legal instruments for effective NAP as a matter of urgency. The current time is very appropriate for preparing NAP as the country is undergoing through transformation of strategies, policies and legal documents from centralised to federalised governance. The process should be enhanced as the impacts of climate change do not wait NAP to be prepared and implemented. The sooner we prepare and implement NAP, the better we can avert and reduce the anticipated adverse impacts of climate change.

Corporatizing Agriculture in Nepal: Need Of The Hour By Shanker Man Singh 2 days, 7 hours ago

What India Should, And Shouldn’t, Do In Nepal By S.D. Muni 2 days, 7 hours ago

Aping The West By Hemang Dixit 1 week, 4 days ago