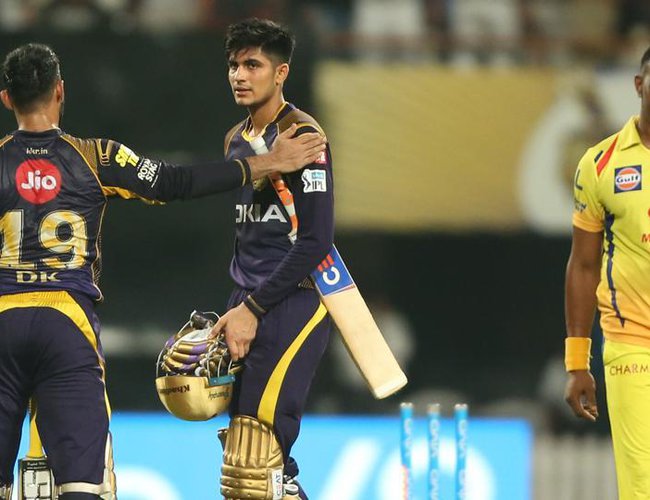 Chennai Super Kings (CSK) defeated Kolkata Knight Riders (KKR) by 7 wickets at the MA Chidambaram Stadium in Chennai. Chasing 109 runs, CSK were given a brisk start by Shane Watson, who scored 17 off just 9 balls. His innings included 2 fours and 1 six. Suresh Raina then departed after scoring 14 off 13 balls (1 four, 1 six).

Sunil Narine dismissed both Watson and Raina to put a halt to CSK's run chase. Faf du Plessis and Ambati Rayudu then steadied CSK's run-chase as the duo stitched together a 46-run stand for the 3rd wicket.

Rayudu was dismissed for 21 by Piyush Chawla. By then, it was too late for KKR to make a comeback in the game as a composed knock by Du Plessis (43 not out) and the finishing touches by Kedar Jadhav (8 not out, 1 four) took CSK home.