The seven-phase vote to elect a new lower house of parliament will continue until 19 May. Counting day is 23 May. With 900 million eligible voters across the country, this is the largest election ever seen. 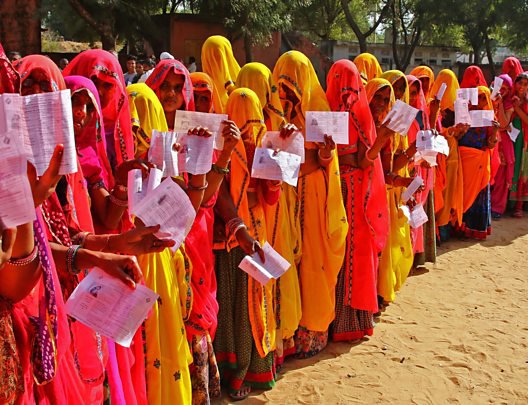 Indians have begun voting in the first phase of a general election that is being seen as a referendum on Prime Minister Narendra Modi.

Tens of millions of Indians across 20 states and union territories will cast their votes in 91 constituencies.

The seven-phase vote to elect a new lower house of parliament will continue until 19 May. Counting day is 23 May. With 900 million eligible voters across the country, this is the largest election ever seen.

Mr Modi's Hindu nationalist Bharatiya Janata Party (BJP) won a historic landslide in the last elections in 2014. The Lok Sabha, or lower house of parliament has 543 elected seats and any party or coalition needs a minimum of 272 MPs to form a government. 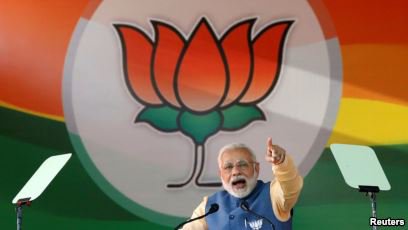 The BJP has been campaigning to retain a commanding majority, but faces challenges from strong regional parties and a resurgent Congress party, led by Rahul Gandhi. Mr Gandhi's father, grandmother and great-grandfather are all former Indian prime ministers. His sister, Priyanka Gandhi, formally joined politics in January.

Some observers have billed this vote as the most important election in decades and the tone of the campaign has been acrimonious. Mr Modi, who stakes his claim to lead India on a tough image, remains the governing BJP's main vote-getter. But critics say his promises of economic growth and job creation haven't met expectations and India has become more religiously polarised under his leadership.

How big is this election?

It is mind-bogglingly vast - about 900 million people above the age of 18 will be eligible to cast their ballots at one million polling stations. At the last election, vote turn-out was around 66%. 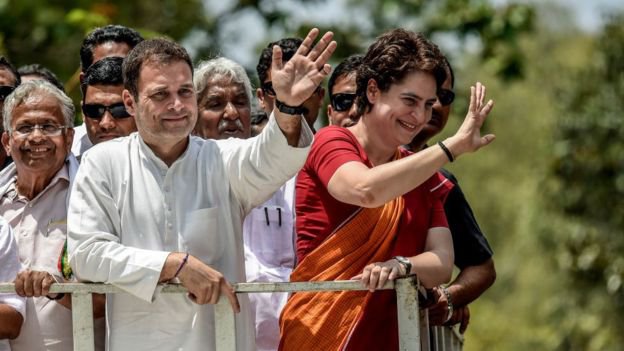 No voter is meant to have to travel more than 2km to reach a polling station. Because of the enormous number of election officials and security personnel involved, voting will take place in seven stages between 11 April and 19 May.

India's historic first election in 1951-52 took three months to complete. Between 1962 and 1989, elections were completed in four to 10 days. The four-day elections in 1980 were the country's shortest ever.

Hundreds of millions of Indians have escaped poverty since the turn of the millennium but huge challenges remain.

Under Mr Modi, the world's sixth-largest economy appears to have lost some of its momentum. Although annual GDP growth has hovered at around 7%, unemployment is a major concern.

Mr Modi's government has been accused of hiding uncomfortable jobs data. In fact, a leaked government report suggests that the unemployment rate is the highest it has been since the 1970s.

Farm incomes have also stagnated because of a crop glut and declining commodity prices, which has left farmers saddled with debt.

Unsurprisingly both parties have targeted the rural poor in their campaign manifestos. The BJP has promised a slew of welfare schemes to India's farmers, while Congress has promised a minimum income scheme for the country's 50 million poorest families. 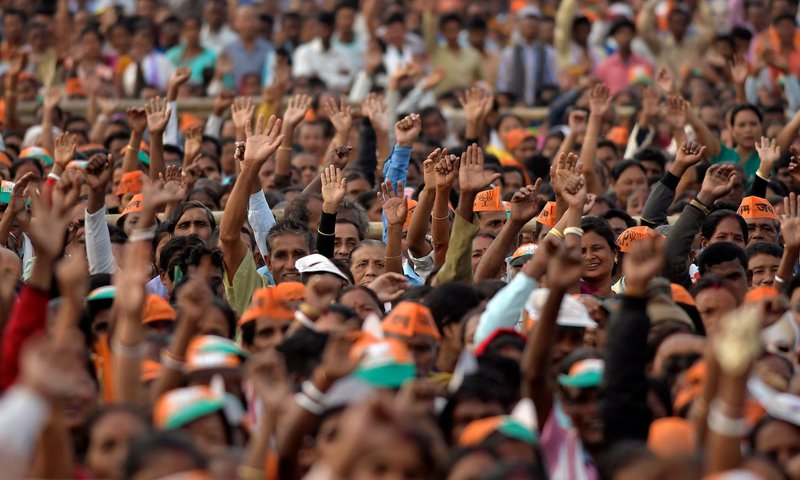 National security is also in the spotlight this election after a suicide attack by a Pakistan-based militant group killed at least 40 paramilitary police in Indian-administered Kashmir in February. India then carried out unprecedented air strikes in Pakistan.

PIA Plane Crashed In Karachi, Many Are Feared Dead By NEW SPOTLIGHT ONLINE 1 week, 3 days ago