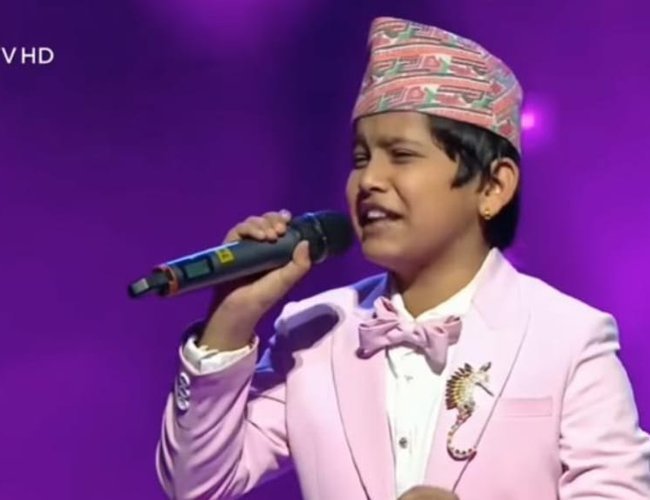 The April 13 Sa Re Ga Ma Pa Li’l Champs was dedicated to Udit Narayan and main guest was renowned singer Jha himself. The show was Udit Narayan Special. Although it is getting tougher now with remaining 13 teenagers at the final stage, Pritam presented his best performance.

Singer Udit Narayan said he has no words to express for the sound and composition in Pritam Acharya who performed perfectly well. Udit Narayan in continuous program left no words to praise young singer.

Eleven year boy Pritam Acharya from Itahari secured 100 marks in all the competition except one. His fan except that he will repeat his performance today. He was able to pull concentration of audiences through music and songs. Another competitor 12 year old Aayush K.C of Kathmandu is also able to score good scores and response from judges.