Given the recent trend of Nepalese politics, it is not surprising to see certain unpredictable political events 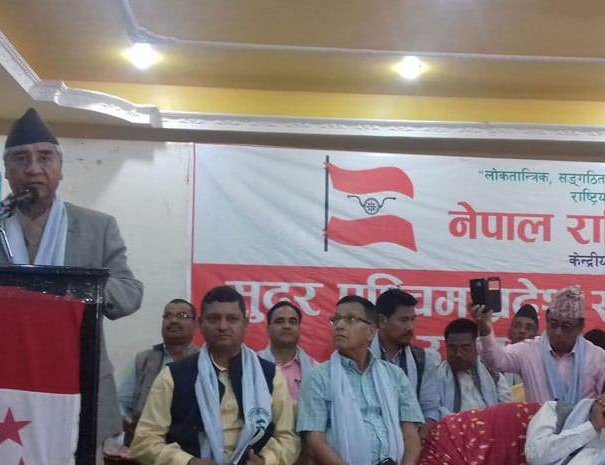 Nepalese politics never moves or makes progress on any logic. No one sees any political logic behind the unification of two arch rival communist parties led by two radicals, KP Sharma Oli and Pushpa Kamal Dahal.

United just a year ago, PM Oli and former Maoist leader Dahal have been walking side by side backing each other. It looks very unusual and illogical to see the hobnobbing Oli and Prachanda.

However, Nepali Congress leaders Sher Bahadur Deuba and Ram Chandra Poudel, who have been in the same party for almost six decades, have been on a fight to finish course. Deuba and Poudel share everything, including ideology and values. But, they don’t share the strategy.

Welcomed and greeted by large numbers of common people, former King Gyanendra has spent quite a good time in Ilam District, bastion of two politicians NC leader KB Gurung and NCP leader Subhash Chandra Nembang, both played a key role in abolishing the monarchy. Republican and secular Nembang won the election, consecutively four times, from a constituency where devoted Hindu and former King Gyanendra has a big size of followers.

When former Prime Minister Deuba launched the election campaign asking vote for his party to prevent authoritarian communist party coming to power, all his party colleagues termed Deuba’s slogan on the rise of authoritarianism as hollow. Given the democratic constitution, it sounded foolish to think that way.

None of the above political anecdotes has any logic, but real politics in Nepal is illogical.

After the unification of two communist parties, Prime Minister K.P.Sharma Oli and former Prime Minister Pushpa Kamal Dahal are busy consolidating their power base in the party through centralization.

As the party is complete under the command of Prime Minister Oli and Prachanda, even former CPN-UML leaders and Maoist leaders are completely sidelined in the new equation. Former UML leaders Madhav Nepal, Bam Dev Gautam, Jhalnath Khanal and other dozens of senior most leaders are nowhere. On the Maoist side, Narayan Kazi Shrestha, Agni Sapkota, Janardan Sharma and Haribol Gajurel are nowhere.

All these recent political events, with no logical sequence, indicate that Nepal's political process is heading towards unpredictable situations and alliances. With the visit of former King Gyanendra in eastern parts of terai and hill districts in the presence of large numbers of people to greet him indicated that Monarchy's fame has not faded yet in Nepal.

Similarly, Deuba’s judgment that communists are the threat to democracy and they will try to restore a totalitarian regime seems to be closer to reality. Police atrocities committed against peaceful rally of Rashtriya Prajatantra Party disclosed that communists are intolerant to pluralism. Nepali Congress issued a statement condemning the police atrocities against the peaceful marcher of RPP. The recent brutal action by police against peaceful demonstrators of Rashtriya Prajatantra Party's worker has raised its democratic credential.

The government is interfering with the freedom of press linking minimum salary to accreditation of journalist. National Security Council Amendment Bill proposed by the government has already created furor. As per the bill, the prime minister is given the sole responsibility to mobilize army even without any consent of Army chief. Main opposition party has already termed this bill as an indication of the government of authoritarianism.

As Prime Minister Oli is consolidating political power within his party and government has taken several steps to limit the press freedom and rights of people, nothing can be ruled out.

The government is gradually using its two thirds majority to centralize power. Given the recent activities of the government, it seems that former Prime Minister Deuba's election campaign warning that communists will impose authoritarian system has come true.

Italy's political philosopher Machiavelli says politics is a game of logic. However, Nepal is an exception where logic has no role in the political course. If logic works, Nepal has the most liberal constitution, with check and balance. If it fails, the situation is unpredictable.

NCP FEUD Beginning Of End By A Correspondent 1 week, 6 days ago