Man Jailed Over Sex Attack On A Flight

Man Jailed Over Sex Attack On A Flight 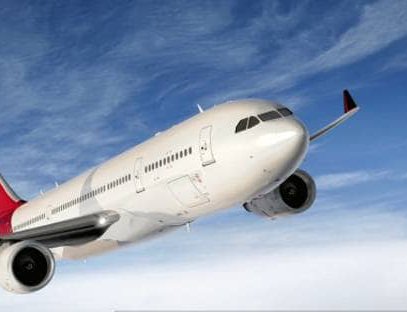 A man who admitted inflicting a "despicable" and "prolonged" sexual attack on a woman on a flight from Mumbai to Manchester has been jailed.

The victim woke up to find Hardeep Singh, 36, forcing his hands into her clothes and trying to kiss her as other passengers slept, police said.

The woman eventually managed to break free and tell cabin crew, and Singh was arrested when the flight landed.

He was jailed for 12 months at Manchester Minshull Street Crown Court.

The Indian national, who admitted three counts of sexual assault, had been visiting the UK on a six-month tourist visa and was based in Gateshead, Tyne and Wear.

Police said he was sitting next to the woman, who is aged in her 20s, when he first asked if the passenger sitting on the other side of her was her mother.

When she got up to use the plane's facilities he refused to move aside, forcing her to squeeze past him.

Singh then carried out his attack after the lights on the aircraft were turned down and the woman and other passengers had gone to sleep under their blankets.

The assault went on for 15 minutes, with Singh pinning the woman down with his legs until she managed to struggle free.

She added: "Waiting until the woman and surrounding passengers were asleep, Singh subjected her to a prolonged sexual assault, forcibly restraining her when she tried to move away.

"Numbed with fear, it was only after she summoned the strength to overpower him that she was able to run away and raise the alarm."

The detective also praised the "swift actions" of officers at Manchester Airport who were waiting for Singh as soon as the 23 February flight landed.

The force said Singh, who is originally from the city of Hoshiarpur, will be deported back to India after serving his sentence.

Uyghur Activist Protests Outside Chinese Embassy In US On Anniversary Of Sister’s Detention In Xinjiang By Agencies 3 days, 9 hours ago

Why Singapore's COVID-19 Death Rate Is The World's Lowest By REUTERS 6 days, 5 hours ago

The Peace Treaties Between The UAE, Bahrain And Israel Are Signed By Agencies 1 week ago

Bahrain Agrees To Normalize Relations With Israel By REUTERS 1 week, 4 days ago