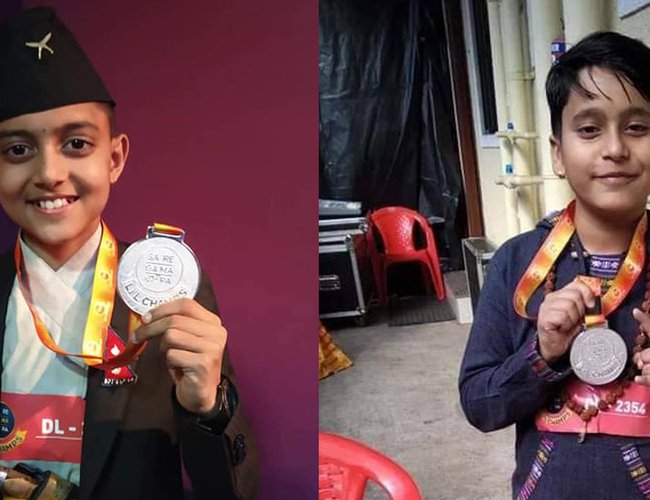 Two Nepalese teenagers Aaush and Pritam Acharya reached at the final round of Sa Re Ga Ma Pa Li’l Champs. Both the boys announced this message through their face book account.

They are among top six contestants reached qualified from Semi-Final Round.

Every Saturday and Sunday, Sa Re Ga Ma Pa Li’l Champs has been broadcasted by Zee TV reality show. There will eight participants in the semifinal. Started from February 9, children below 16 are taking part in the champion. There were eight children selected from Nepal.