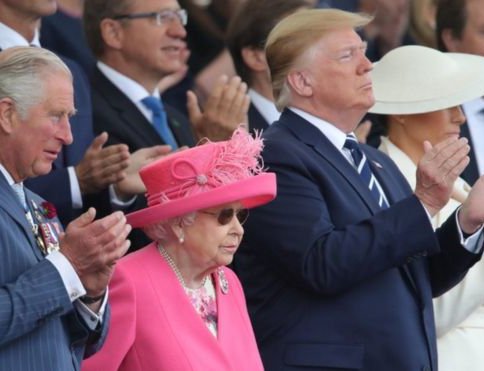 World leaders, including US President Donald Trump, have joined the Queen in Portsmouth to commemorate the 75th anniversary of the D-Day landings.

Theresa May is hosting 15 world leaders to honour the largest combined land, air and naval operation in history.

Figures from every country that fought alongside the UK are attending.

Coming to the end of a three-day state visit to the UK, Mr Trump said he was looking forward to marking what "may have been the greatest battle ever".

The countries represented at the event have agreed to make a joint statement pledging to ensure the "unimaginable horror" of World War Two is not repeated.

Called "the D-Day proclamation", the 16 signatories - including the UK and the US - will commit to working together to "resolve international tensions peacefully".

The UK prime minister will use the occasion to call for continued Western unity in tackling what she will call "new and evolving security threats".

On Thursday, memorial services are planned to mark the 75 years since the D-Day landings on 6 June 1944 - the start of the campaign to liberate Nazi-occupied north-west Europe. 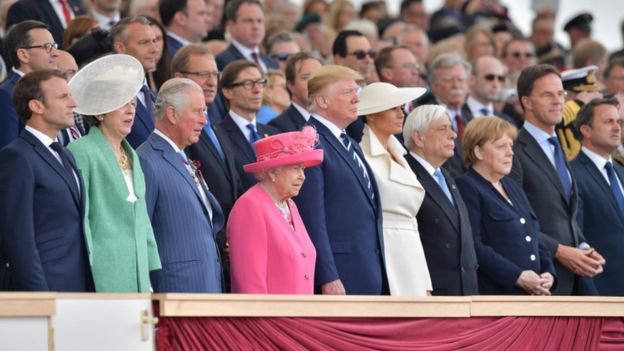 Veterans saluted the crowd, actor Sheridan Smith performed a Dame Vera Lynn song, and Mr Trump read the same prayer read by President Roosevelt during a radio message ahead of the D-Day landings.

The Queen told the crowd she was "delighted" to be at the event to thank veterans for their service.

She added: "When I attended the commemoration of the 60th anniversary of the D-Day landings, some thought it might be the last such event.

Members of the armed forces and more than 300 veterans, who are all over 90 years old, also attended the event in Portsmouth - one of the key embarkation points on D-Day.

Trump Acquitted Of All Charges In Senate Impeachment Trial By NEW SPOTLIGHT ONLINE 1 week, 3 days ago

A Coronavirus Upsurge Could Be Devastating For South Asia By NEW SPOTLIGHT ONLINE 1 week, 5 days ago