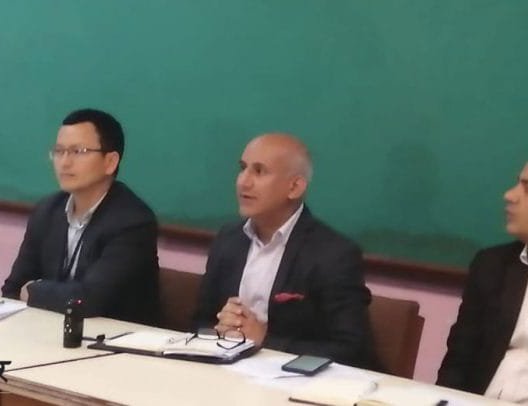 Chief executive officer of Nepal Tourism Board Deepak Raj Joshi said that he will likely to see the participation of airlines in the program.

He said that there is no true in the rumor that Nepal is spending one billion rupees for the program. The total cost of hosting the program will be around 440 million rupees.

Since organizing IFA will promote Nepal globally, the organizers urged all concerned not to run behind the rumor regarding the investment. As IIFA Award is going to be held on the eve of Visit Nepal 2020, it will publicize not only Indian program but also Kathmandu globally.

Bollywood, India’s movie capital, suddenly figured in one of the sessions of the National Dialogue on Foreign Policy on Saturday when Bhim Rawal, a ruling party lawmaker, questioned the rationale behind Nepal government’s plan to host the International Indian Film Academy awards in Kathmandu.

“IIFA already makes so much money from advertisements, so I don’t see why the government needs to foot their expensive bills,” said Adhikari. “The event has the possibility of opening a fruitful dialogue channel between us and Bollywood.”

IIFA organizers, Wizcraft International Entertainment, confirmed that the event is coming to Kathmandu.