Dalai Lama Apologizes For His Remarks On Female Successor

Dalai Lama Apologizes For His Remarks On Female Successor 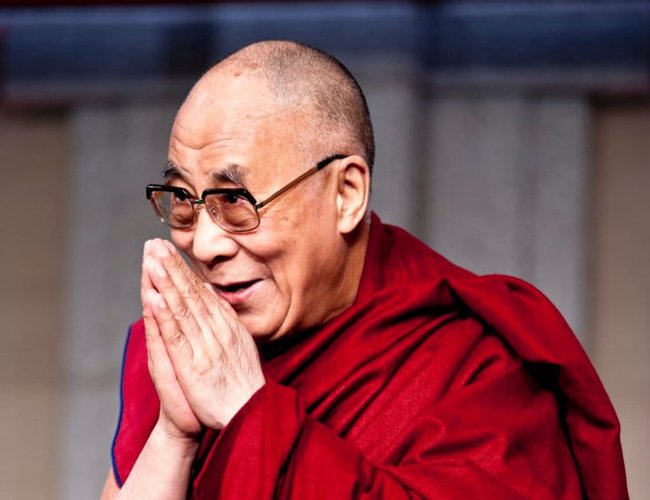 The Dalai Lama is "deeply sorry" for comments he made in a recent interview about his successor being a woman, according to a statement from his office.

The Tibetan spiritual leader told the BBC last month that beauty mattered as much as brains, and that "if a female Dalai Lama comes, she should be attractive".

In a statement posted on the Dalai Lama's website, his office said he "genuinely meant no offence" by the remark, and it was only meant as a joke.

"He is deeply sorry that people have been hurt by what he said and offers his sincere apologies," the statement said.

The statement described the comment as an "off the cuff" remark "which might be amusing in one cultural context" but lost its humour in translation to another context.

This was perhaps the most surprising moment in the interview. I asked the Dalai Lama if he stood by his earlier comment that if his successor was female, she should be attractive.

It said the Dalai Lama first made the joke about a female successor needing to be attractive in an interview with Vogue magazine in 1992 — a context, the statement said, he was "unfamiliar" with.

"For all his long life, His Holiness has opposed the objectification of women, has supported women and their rights and celebrated the growing international consensus in support of gender equality and respect for women," the statement said.

"Under his leadership, Tibetan nuns in exile have earned geshema degrees, indicating a high level of scholarship previously reserved only for male monks.

"His Holiness has frequently suggested that if we had more women leaders, the world would be a more peaceful place."

The statement also sought to clarify other comments he made in the interview, such as his remark that migrants to Europe should ultimately return home.

His office said his comments "may have been misinterpreted."

"He certainly appreciates that many of those who leave their countries may not wish or be able to return, and that Tibetans, who cherish the idea of returning home, would find their country irrevocably altered," the statement said.

Africa At Par With Pakistan, Afghanistan In Terrorism By Agencies 1 day, 11 hours ago