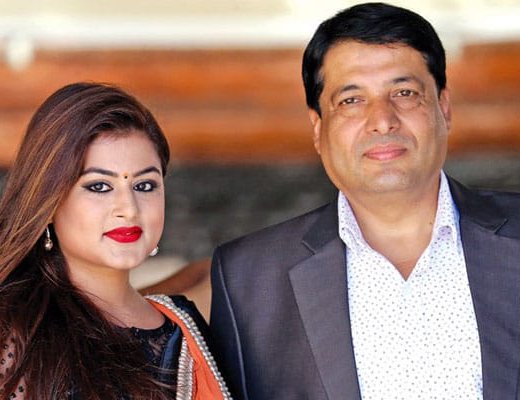 Deshsanchar reports that the court has issued a warrant arrest following Kathmandu District Police registered a complained of polygamy by Chhabi's first wife Hema, who has been leaving separately.

Spokesperson of Kathmandu District Police Deputy Superintendent of Police Hobindra Bogati, police will arrest them to conduct necessary investigation to proceed the case.

Shilpa is a fourth wife of Chhabi. Although they have been leaving together for last three years, Chhabi and Shilpa had registered their marriage a few months ago. Few weeks ago, Shilpa registered a complain against her husband Chhabi at Kathmandu Police for his act of domestic violence. However, both of them have made settlement. After the settlement in police, Shilpa has proceeded divorces case .

Accriding to Deshsanchar, lawyer of Chhabi's first wife Hema claimed that they have been leaving in joint family despite getting the property. Following leaving separate with Hema, Chhabi married three wives. All of them were film actress. His second wife was Gitanjali Sunuwar with one sibling. He married next with Rekha Thapa and they stayed together for 12 years.

She said that she did not go to court in previous two marriage because of lack of legal evidences. With the dispute intensified, Hema came to Kathmandu from Dharan and started the legal course. Hema has two sons.