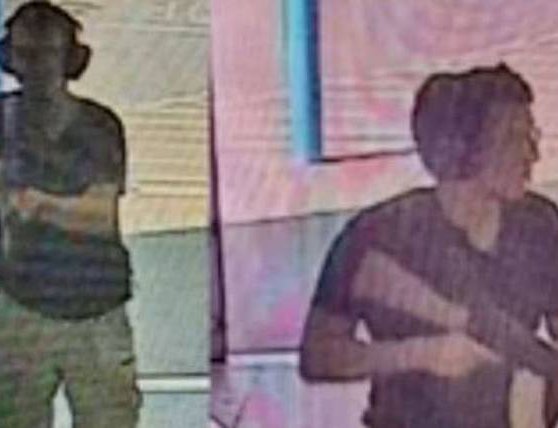 Law enforcement officials said 20 people were killed and 26 were injured in a shooting Saturday in a busy shopping area in the Texas border town of El Paso, and a 21-year-old man was taken into custody.

Two law enforcement officials identified the gunman as Patrick Crusius of the Dallas area. The officials were not authorized to discuss an ongoing investigation publicly, and both spoke to the AP on condition of anonymity.

Most of the victims were shot at a Walmart near the Cielo Vista Mall, El Paso police Sgt. Robert Gomez said at a news conference. He said the store was packed with as many as 3,000 people during the busy back-to-school shopping season.

"This is unprecedented in El Paso," said Gomez, who added that many of the injured had life-threatening injuries.

Police responded in the midmorning to an active shooter scene at the mall, near Interstate 10 on the east side of the city, and were advising people to stay away from the area and to look for missing family members at a school being used as a reunification area.

The mass shooting in El Paso came less than a week after a gunman opened fire on a California food festival. Santino William Legan, 19, killed three people and injured 13 others last Sunday at the popular Gilroy Garlic Festival, and died of a self-inflicted gunshot wound.

Ryan Mielke, a spokesman for University Medical Center of El Paso, said 12 people were brought to the hospital with injuries, including one that died. Two of the injured were children who were being transferred to El Paso Children’s Hospital, he said. He declined to provide additional details on the victims.

Eleven other victims were being treated at Del Sol Medical Center, according to hospital spokesman Victor Guerrero. He said those victims ages ranged from 35 to 82.

Texas Gov. Greg Abbott called the shooting “a heinous and senseless act of violence” and said the state had deployed a number of law enforcement officers to the city.

A family of three was among a dozen people waiting outside a bus station. They were trying to return to their car that was in a blocked-off Walmart parking lot.“I heard the shots but I thought they were hits, like roof construction,” said Adriana Quezada, 39, who was in the women’s clothing section of Walmart with her two children.

Quezada’s 19-year-old daughter and 16-year-old son threw themselves to the ground, then ran out of the Walmart through an emergency exit. She said they were not hurt.

Mayhem In US Congress Blackest Day By Keshab Poudel 2 weeks, 1 day ago

New Zealand Rings In 2021 As New Year Celebrations Kick Off Around World By Agencies 3 weeks, 2 days ago

Chinese Economy To Overtake US 'By 2028' Due To Covid, India Tips To Become Third Largest Economy By 2030 By Agencies 3 weeks, 6 days ago

World Prepares For Christmas Under Coronavirus Restrictions By Agencies 4 weeks, 1 day ago