Rahul Gandhi, Other Opposition Leaders Sent Back From Srinagar Airport

Rahul Gandhi, Other Opposition Leaders Sent Back From Srinagar Airport 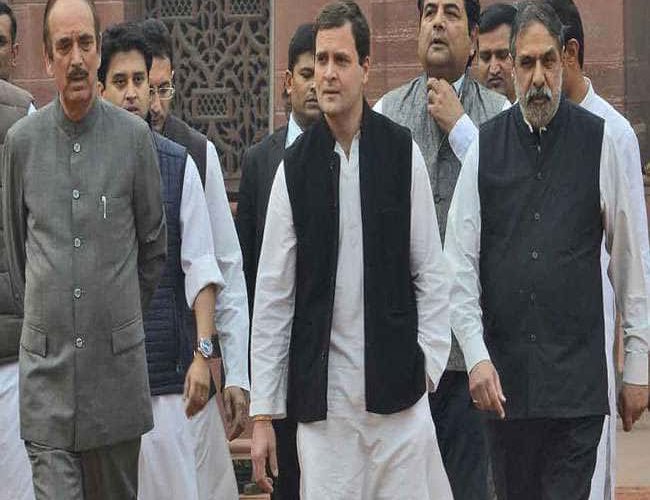 Congress leader Rahul Gandhi and 11 leaders of other opposition parties who landed today at Srinagar airport were sent back to Delhi, news agency ANI reported. Restrictions have been imposed in Jammu and Kashmir since the centre withdrew special status from the state and divided it into two union territories earlier this month.

The Jammu And Kashmir Information and Public Relations Department on Friday tweeted political leaders should not "not visit Srinagar as they would be putting other people to inconvenience" at a "time when the government is trying to protect the people of Jammu and Kashmir from the threat of cross border terrorism and attacks..."

At a time when the government is trying to protect the people of Jammu & Kashmir from the threat of cross border terrorism and attacks by militants and separatists and gradually trying to restore public order by controlling miscreants and mischief mongers, (1/3)

attempts should not be made by senior political leaders to disturb the gradual restoration of normal life. Political leaders are requested to cooperate and not visit Srinagar as they would be putting other people to inconvenience. (2/3)

Among the parties that were part of the opposition's all-party delegation that landed at Srinagar were Congress, CPI(M), CPI, Rashtriya Janata Dal, Nationalist Congress Party, Trinamool Congress and the DMK.

Ghulam Nabi Azad and Anand Sharma were the senior Congress leaders other than Rahul Gandhi who flew to Jammu and Kashmir. Mr Azad was twice stopped at Jammu airport, most recently on Tuesday, and was "forcibly" sent back to Delhi both times.

"We are all responsible political parties and leaders. We are not going to break any law. The Jammu and Kashmir situation is very concerning. It's close to 20 days. No news for 20 days. The government says the situation is normal. But then they don't allow leaders to go? Haven't seen such contradiction... If it's normal, why aren't we allowed?" Mr Azad said before he left for the airport this morning in Delhi, news agency ANI reported.

Some 400 politicians, including former Chief Ministers Omar Abdullah and Mehbooba Mufti, are under arrest in Jammu and Kashmir

They had planned to visit other parts of the state. So far, the government has not allowed any political leader to enter the state.

Gandhi landed in Kashmir valley weeks after Governor Satya Pal Malik invited him - on a plane to be sent by the centre - to see the situation on the ground. "I have invited Rahul Gandhi to come here. I will send you a plane, to observe (the situation) and then speak up. You are a responsible person and you should not speak like this," Mr Malik said on August 11, replying to Mr Gandhi's comments that reports of "violence and deaths" had come from Jammu and Kashmir.

Gandhi accepted the invitation two days later, but the Governor decided to withdraw the invitation for putting "pre-conditions" for the visit. "Rahul Gandhi is politicising the matter by seeking to bring a delegation of opposition leaders to create further unrest and problems for the common people," Mr Malik had said in a statement.

Some 400 politicians, including former Chief Ministers Omar Abdullah and Mehbooba Mufti, are under arrest. The restrictions are still in place at several areas in the state.