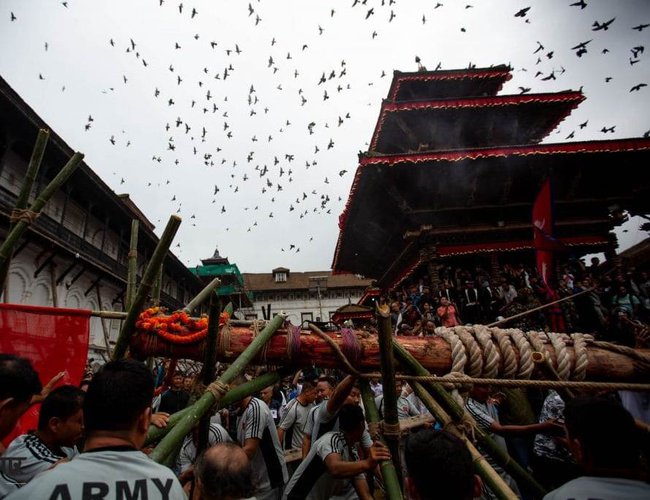 Although eight days long Indra Jatra will festival begin from September 13, the festival begins from today after rising poll at Hanuman Dhoka Today.

The eight-day long Indra Jatra festival is one of the most exciting and revered festivals of the Newar community of the Kathmandu Valley. This also marks the beginning of a month-long festival season of autumn. It begins with the erection of a wooden pole made of pine at Basantapur Sqaure in front of the old Hanuman Dhoka Palace.

Living Goddess Kumari being carried on a palanquin during the Indra Jatra festival in Kathmandu, Nepal. 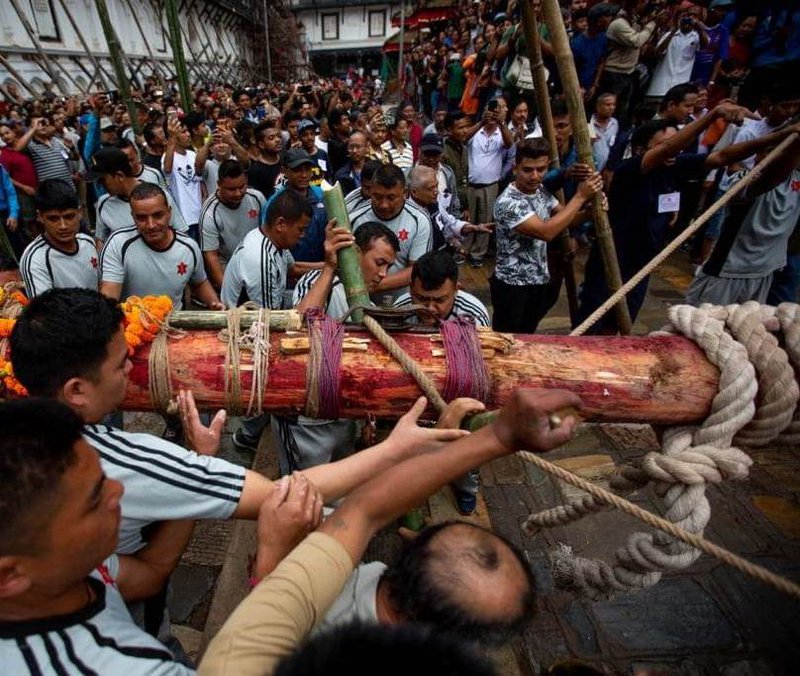 Living Goddess Kumari takes a peek out of the window of one of the historical sites in Kathmandu Durbar Square, Nepal.

Swasthanibrathakatha To Conclude Today By Agencies 1 week, 1 day ago

Valentine's Day 2021: The significance Of This Day By Agencies 3 weeks ago