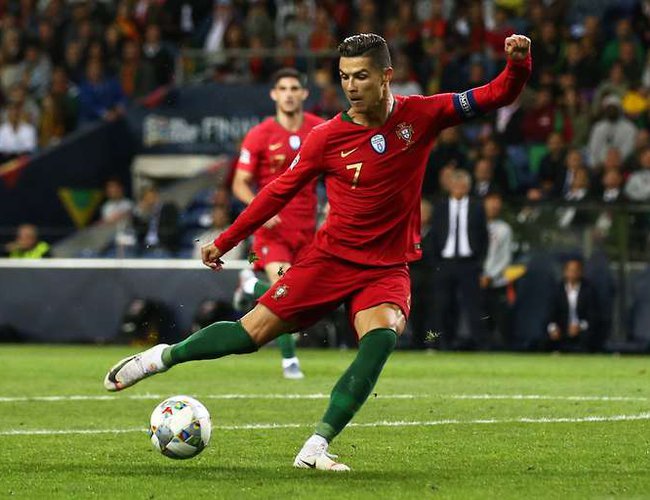 The Portuguese forward is arguably the most recognisable footballer in the world and plenty of fans believe he's the greatest player of all time.

In fact, many give him G.O.A.T status above his great rival Lionel Messi because of his accomplishments on the international stage.

The Juventus forward has won two major trophies with his country - the European Championships in 2016 and the UEFA Nations League in 2019.

On top of that, Ronaldo is Portugal's all-time top scorer and he has more caps than anyone else for the national team.

And this week, he's broken another record. Against Lithuania on Tuesday night, CR7 scored his 90th goal for Portugal. Check it out below:

No player in the history of European football has scored that many international goals. What a ridiculous achievement.

In fact, his closest challenger, the legendary Ferenc Puskas, managed 84 for Hungary - six less than Cristiano.

Only one footballer, former Iran forward Ali Daei, has scored more goals than Ronaldo on the international stage.

He has 109. It's a massive number, but it's another record that the Portuguese could break before he retires.

After all, his country have four more qualifiers ahead of Euro 2020, then the tournament itself next summer.

Should Portugal make it, they will be defending their European crown, which was won four years ago in France.

The competition also gives Ronaldo another chance to win silverware on the international stage and further cement his status as the greatest footballer of all-time.

But, that of course, is talk for next summer. Right now, we just need to respect the fact that CR7 has reached the landmark of 90 goals. What a player.

Ronaldo Beats Messi To Be Crowned Player Of The Century At Globe Soccer Awards By Agencies 3 weeks, 5 days ago