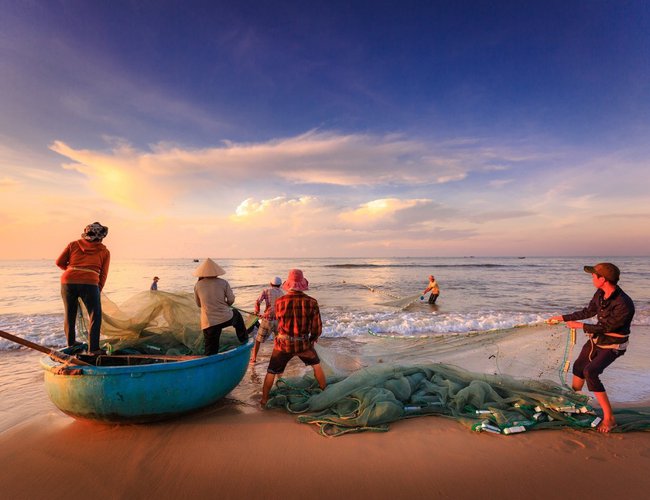 More coordinated action is needed to stamp out illegal, unreported and unregulated (IUU) fishing in Asia and the Pacific – activities that result in estimated losses to the region of some USD 5 billion annually, the UN’s Food and Agriculture Organization (FAO) said today.

FAO has been responding to the growing problem of IUU fishing by working with governments worldwide encouraging them to accede to the Port State Measures Agreement (PSMA), a legally binding treaty, where signatory countries share information on non-compliant fishing boats with others who can refuse those fishing boats access to their ports to land the IUU catch.

While IUU fishing is a global problem, the situation is worse here in the Asia-Pacific region because it produces 75 percent of the world’s seafood, and because IUU fishers target countries home to some of the most vulnerable communities with poorly developed economies and inadequate capacity to enforce regulations.

“IUU fishing has an impact on food security and it hits honest fishers and communities dependent upon them, right in the pocket. That includes buyers, sellers and legitimate industrial operations,” said Kundhavi Kadiresan, FAO Assistant Director-General and Regional Representative for Asia and the Pacific. “The FAO’s PSMA is a potent instrument to be applied in the fight against IUU.”

Kadiresan was speaking at a regional event in Bangkok to mark the 2nd International Day for the Fight against IUU Fishing. It was noted that many Asia-Pacific countries are increasingly recognizing the need to take action on IUU fishing. Nineteen countries and territories in this region have so far acceded to the FAO’s Port State Measures Agreement (PSMA) which will help to close the net on IUU fishing and make it much less profitable and much more difficult for IUU fishers to land their catch.

In addition to the economic, environmental and ecological losses caused by IUU fishing, the often unregulated and/or unenforced nature of workers’ rights and working conditions in the region’s fisheries require further attention, UN agencies warned.

“The ILO Convention on Work in Fishing (C188) sets the standard for decent work in a notoriously dangerous industry. The ratification of the convention, together with efforts to end illegal fishing, are critical to end labour abuses in the fishing sector,” said ILO Deputy Regional Director, Panudda Boonpala. “The Thai government—with backing from workers organizations and employers—has ratified the Convention and is leading the way to decent work in fishing in South-East Asia.”

The regional heads of the three agencies (FAO, ILO and IOM) today issued a joint statement urging member countries that haven’t done so to accede to the PSMA, adopt and ratify the work in fishing convention (C188) and the 2012 Cape Town Agreement. The organizations pointed out that better coordination and collaboration between all stakeholders is needed to tackle the issues of IUU fishing and inhumane conditions that have plagued the region’s fishing industry.

Elections Is Just A Month Away: Alliance Is Making Is Making By Agencies 11 hours, 4 minutes ago

US Carries out Airstrikes In Syria By Agencies 11 hours, 26 minutes ago

A Massive Funeral Held For Woman Shot During Myanmar Protest By Agencies 4 days, 12 hours ago

Australian PM Is Vaccinated As Rollout Begins By Agencies 5 days, 11 hours ago

Biden Urged China To Compete In Accordance With Global Economic Rules By Agencies 6 days, 12 hours ago