Overweight And Obesity Across The Asia-Pacific Region 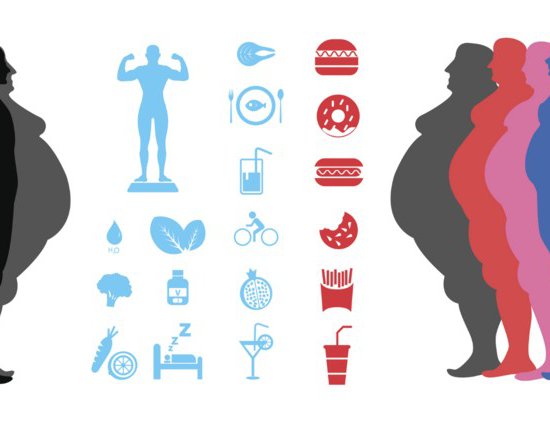 Poor dietary choices and sedentary lifestyles are leading the countries of Asia and the Pacific into a future of lower productivity and ballooning public health care costs, the UN’s Food and Agriculture Organization (FAO) warned today.

“Unhealthy diets, combined with sedentary lifestyles and lack of physical activity have overtaken smoking as the world's leading cause of death and disability,” said Kundhavi Kadiresan, Assistant Director-General and FAO Regional Representative. “Every year, an enormous amount of money is spent on treating obesity-related health problems, such as diabetes, coronary heart diseases, stroke, hypertension and diet-related cancers. This creates a tremendous burden, particularly to national health care systems, but also to national economies due to reduced productivity.”

The global losses in productivity and health care costs are estimated at roughly USD 3.5 trillion annually. FAO in Asia and the Pacific will work with governments and partners through the Hand in Hand Initiative to respond to these dietary challenges and all forms of malnutrition across the region.

Worldwide, some two billion people are overweight, while more than 670 million adults are obese as are 120 million boys and girls aged five to nineteen. No countries of the Asia-Pacific region are immune to the growth of this unhealthy trend of malnutrition. Indeed, many of the world’s most obese countries are found in the Pacific Islands, where years of relying on imported processed foods, high in sugars, salts and fats, have left the populations consuming fewer fruits and vegetables than they once did.

The general growth in income across the Asia-Pacific region also plays a part. As people earn more their diets change as they seek foods rich in animal proteins that they seldom consumed or could not afford in the past. Even in highly agricultural countries that produce a wide variety of fresh fruits and vegetables the trend toward foods high in sugars, salt and fat, this trend is noticed. In Thailand, for example, nearly 11 percent of the population is either overweight or obese.

These dietary shifts are occurring across all countries and regions and all income groups. In areas where there simply isn’t affordable or easily available fresh fruits and vegetables, fried street food becomes the consumption of choice.

Partnerships needed to rebalance the scales

FAO’s Asia-Pacific warning comes at the end of a week of global activities aiming to raise awareness about the dangers of increasing overweight and obesity, at a time when the number of absolute hunger is also on the rise – more than 820 million people globally and nearly 150 million children below five who are stunted.

At an awareness-raising event at FAO’s regional offices in Bangkok today, speakers called on all members of society to take action to achieve healthy diets and eliminate malnutrition in all its forms to meet the 2030 sustainable development goal of Zero Hunger.

“This region is rapidly urbanizing and more people now live in cities than they did decades ago. That has resulted in dietary changes – though in many cases not for the better. Overweight and obesity rates are found to be higher in urban areas than rural areas,” said Her Royal Highness Princess Maha Chakri Sirindhorn of Thailand in a written statement. The Princess is an FAO Special Ambassador for Zero Hunger.

Her Royal Highness called for urgent actions across different sectors of society to ensure that healthy and diverse diets are available, accessible and affordable to all in order to achieve a Zero Hunger world.

“Unhealthy diets underpin all forms of malnutrition from stunting and wasting, to micronutrient deficiencies and the increase in overweight and obesity. Achieving Zero Hunger is not just feeding the hungry, but also nourishing people,” Her Royal Highness stated.

Obesity in the Pacific Islands – a major public health issue

Poor diets resulting from overconsumption of foods high in sugar, salt and fats are most evident in the Pacific Islands, home to several of the world’s most overweight and obese nations. Many countries have made addressing malnutrition a top priority.

“In recent decades, our Pacific Communities have dramatically changed our diets and dietary habits as a result of globalization, urbanization and income growth,” said Hon. Losaline Ma’asi, a Member of Parliament and a former Minister of Agriculture, Food and Forests, Kingdom of Tonga. “Obesity and other forms of malnutrition affect nearly one in three people. Projections indicate that the number will be one in two by 2025. The good news is that affordable solutions exist to reduce all forms of malnutrition, but they require greater global commitment and action. And a multi stakeholder approach at the national level.”

From policy makers to farmers, food producers, teachers, parents and others, FAO is willing to play its part through its Hand in Hand Initiative, working as a match-maker for partnerships with the public, private and civil society organizations to achieve an end to malnutrition in all its forms.