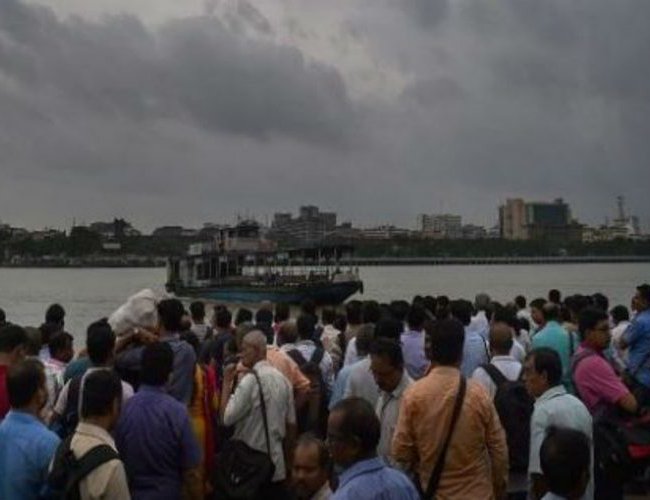 Cyclone Bulbul hit India Saturday, leaving two dead as authorities in the country and in neighbouring Bangladesh ordered hundreds of thousands of people to get out of the path of the storm as it gained power.

The eye of the storm, packing winds of up to 120 kilometres (75 miles) per hour, was expected to hit the Bay of Bengal coast late Saturday near the Bangladesh-India frontier.

Airports and ports were shut down and the deaths were reported before the full force of the cyclone had hit. One person was killed by an uprooted tree in Kolkata and another by a wall that collapsed under the force of the winds in Odisha state, authorities said.

More than 60,000 people were moved away from the coast on the Indian side of the border while the Bangladesh government said 400,000 were evacuated.

Bangladeshi troops were sent to some villages, while about 55,000 volunteers went door-to-door making loudspeaker announcements in the streets to get people away from the danger zone in villages, many of which were below sea level.

A storm surge up to two metres (seven feet) high was predicted along the coast, Bangladesh's Meteorological Department said.

About 1,500 tourists were stranded on the southern island of Saint Martin after boat services were suspended due to bad weather.

Bangladesh's two biggest ports, Mongla and Chittagong, were closed because of the storm, and flights into Chittagong airport were halted.

Almost half a million people in India and Bangladesh are being evacuated as Cyclone Bulbul hits the Bay of Bengal. 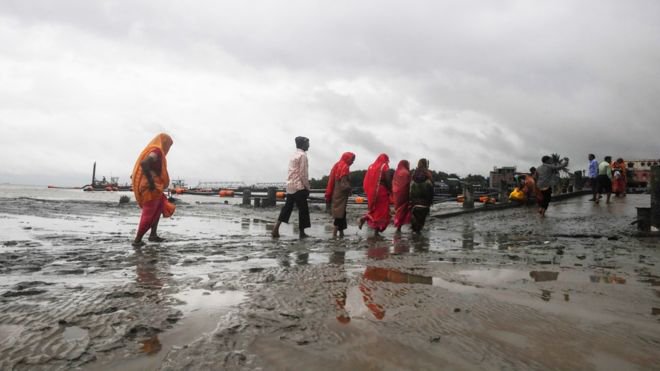 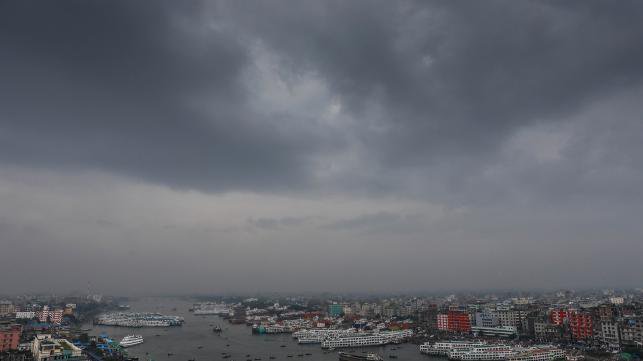