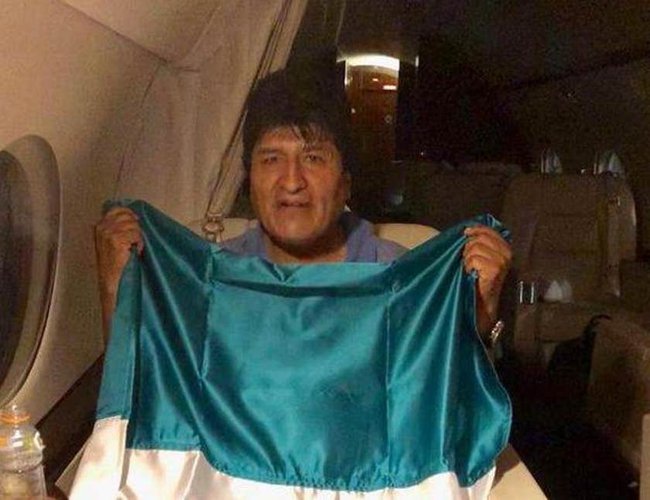 Former Bolivian president Evo Morales has flown to Mexico after fleeing his South American homeland which has descended into chaos following an allegedly rigged election.

Mr Ebrard wrote on Twitter: “The Mexican Air Force plane has already taken off with Evo Morales on board.

“According to current international conventions, it is under the protection of Mexico. Your life and integrity are safe.”

He added that Mexico would offer asylum as part of its long tradition of sheltering exiles.

Evo Morales, who governed for 14 years, said on Twitter he was thankful to Mexico but saddened to leave Bolivia for political reasons, following weeks of violent protests and unrest.

He tweeted: “Sisters and brothers, I leave for Mexico, grateful for the generosity of the government of that kindred people who gave us asylum to defend our lives.

“It hurts to leave the country for political reasons, but I will remain vigilant. Soon I will return with greater strength and energy.”

Mr Morales’ government collapsed on Sunday after ruling party allies quit and the army urged him to step down, a tactic that Mexico’s government said it views as a “coup” because it broke with Bolivia’s constitutional order.

Mexican President Andres Manuel Lopez Obrador praised the Bolivian president for the decision to resign rather than put the lives of Bolivians at risk.

His departure added to a sense of crisis in Latin America, which has been hit by weeks of unrest in countries such as Ecuador and Chile, where protesters are urging governments to step back from policies raising fuel and transport prices.

Mr Morales’ flight from the country was a dramatic fall for the llama shepherd from the Bolivian highlands and former coca growers’ union leader who as president helped lift millions out poverty, increased social rights and presided over nearly 14 years of stability and high economic growth in South America’s poorest country.

But his downfall was marked by his insistence on holding onto power. 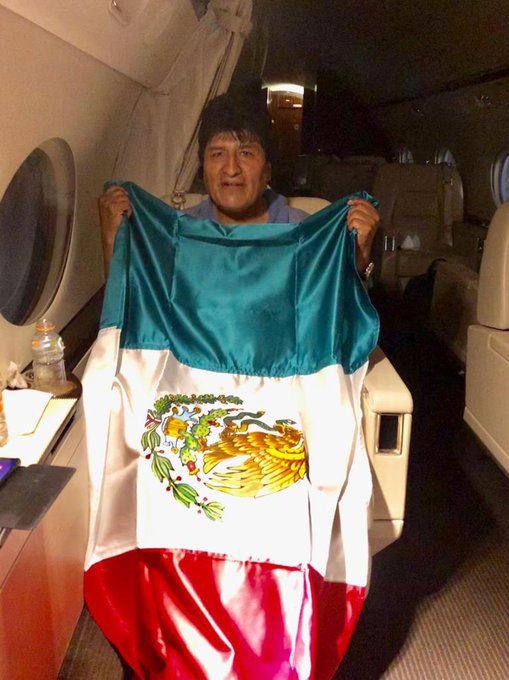 Angry supporters of the socialist leader set barricades ablaze to close some roads leading to the country’s main airport Monday, while his foes blocked most of the streets leading to the capital’s main square in front of Congress and the presidential palace. Police urged residents of La Paz to stay in their homes and authorities said the army would join in policing efforts to avoid an escalation of violence.

The Senate’s second vice president, opposition politician Jeanine Anez, said in an emotional address that she would take temporary control of the Senate, though it was unclear if she would be able to get approval from Congress, which is controlled by Morales supporters.

She would become next in line for the presidency if chosen to head the Senate. Ms Anez said between tears after arriving in Congress under heavy guard: ”Please excuse me if my voice breaks.

“It’s so hard to see Bolivians clashing, no matter which side they’re on. They are being mistreated, and I’m asking you to cease the violence.”

Mr Morales has lashed out at his political opponents, calling his removal a return to the bleak era of coups overseen by brutal Latin American militaries that ruled over the region.

Elections Is Just A Month Away: Alliance Is Making Is Making By Agencies 2 days, 15 hours ago

US Carries out Airstrikes In Syria By Agencies 2 days, 16 hours ago

A Massive Funeral Held For Woman Shot During Myanmar Protest By Agencies 6 days, 17 hours ago