Uddhav Thackeray To Be Sworn In As Maharashtra CM Today

Uddhav Thackeray To Be Sworn In As Maharashtra CM Today 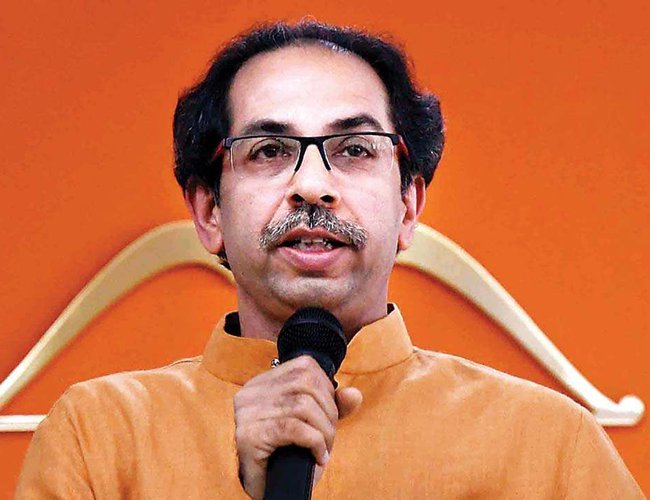 Shiv Sena President Uddhav Thackeray will take oath as the next Chief Minister of Maharashtra today. The swearing-in ceremony will be held at Shivaji Park in Central Mumbai this evening. Thackeray will head the Shiv Sena-NCP-Congress alliance government.

The Shiv Sena has 56 MLAs, NCP 54 and Congress 44 in the 288-member Assembly in the state. Governor Bhagat Singh Koshyari has given Uddhav Thackeray seven days' time till the 3rd of December to prove his majority on the floor of the House.

Meanwhile, NCP chief Sharad Pawar, Uddhav Thackeray, Congress leader Ahmed Patel and party general secretary in-charge for Maharashtra Mallikarjun Kharge yesterday held talks over the council of ministers and today’s swearing-in ceremony. AIR correspondent reports that today's swearing-in ceremony will be different from the previous occasions in Maharashtra politics given that Uddhav is the first Thackeray from his clan who is taking oath as the Chief Minister. Besides Uddhav, one or two members of each of the three parties, Shiv Sena, NCP and Congress, will also take oath as ministers during today’s ceremony.

Speaking to reporters after a meeting of the Maha Vikas Aghadi' of the Shiv Sena, NCP and Congress last night, NCP leader Praful Patel said that the Nationalist Congress Party will get deputy chief minister's post in the new Shiv Sena-led Maharashtra government. He also added that there will be only one deputy CM's post in the government. He further said the Congress will get Assembly Speaker's post while the NCP will get deputy Speaker's post. Meanwhile, elaborate security and traffic arrangements have been made in and around the area as thousands of people are expected to attend the event.