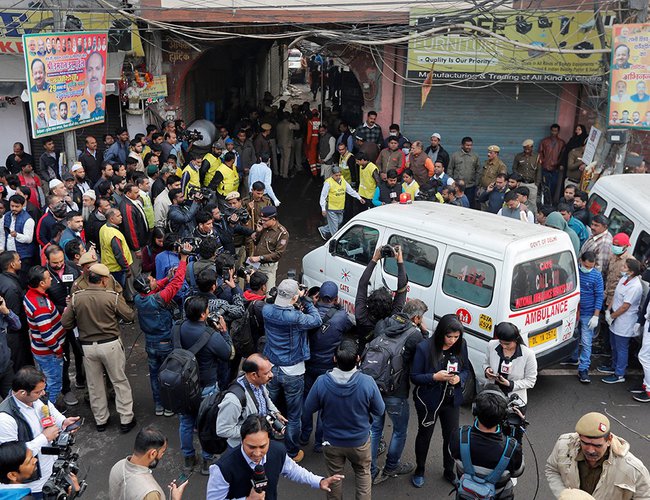 At least 43 people, mostly laborers, died in their sleep when a fire raged through a handbag-manufacturing factory in a congested locality of Delhi in India this morning, police said.

Thirty-four people were brought dead to Lok Nayak Jaiprakash Narain Hopsital, one of the three state-run hospitals where the bodies and injured were taken.

Some of the bodies were charred, said the hospital’s Medical Superintendent Dr Kishore Singh.

According to police, the blaze might have originated from an electric short circuit.

When the fire broke out at 5:22am (local time), 59 people were trapped inside the factory on Rani Jhansi Road, police said.

People were seen rushing to the spot and the three hospitals to know about their family members working there.

Manoj, a resident of Begusarai in Bihar, said his younger brother Naveen, 18, was working in the bag manufacturing unit.

"I got a call from his friend informing that he has been injured in the incident. I have no clue which hospital he has been taken to," he said.