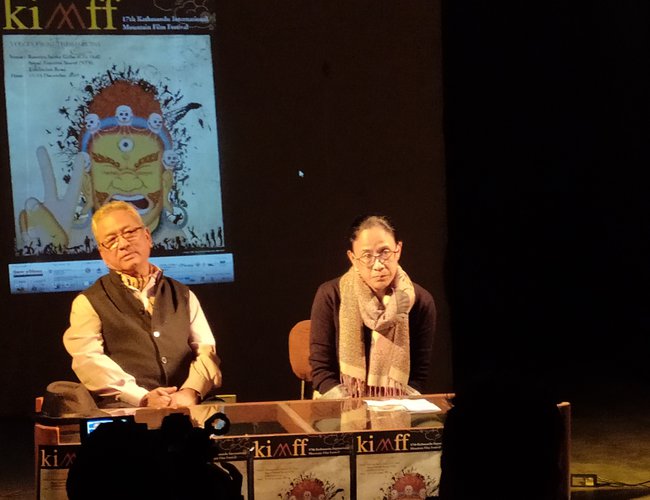 Chairperson of Kimff Basanta Thapa, Kimff said that they faced difficulties to decide on the films to be included in the 17th Kimff because of large numbers of films filed for completion.

Addressing a press conference Thapa said the festival will entertain and engage the audience in conversations around the issues that affect the Nepali public.

The 17th edition of Kathmandu International Mountain Film Festival (Kimff) is kicking off here from December 11. In the five-day festival, more than 70 films, including documentaries, fiction, short, and experimental films from 29 different countries will be screened,

The Kimff 2019 will also celebrate Sir Edmund Hillary's centennial year by opening with a special screening of The Ascent of Everest about the conquest of Everest by Edmund Hillary and Tenzing Norgay Sherpa on May 29, 1953.

Kimff's Nepal Panorama will once again showcase 17 exciting films by local talents, the organisers said. In Nepal Panorama, The Nepal Film Development Board will sponsor the cash prize of Rs. 75,000 for the

The Audience Award of Rs.75,000 is sponsored by Oscar International College of Film Studies, Thapa said.

In the presence of filmmakers, film enthusiasts, critics, scholars, journalists, artists and mountaineers, Kimff will include discussion forums, guest lectures, exhibitions of books and photos and installation art projects, they said.