There Is No Dilemma Over MCC Ratification: FM Gyawali 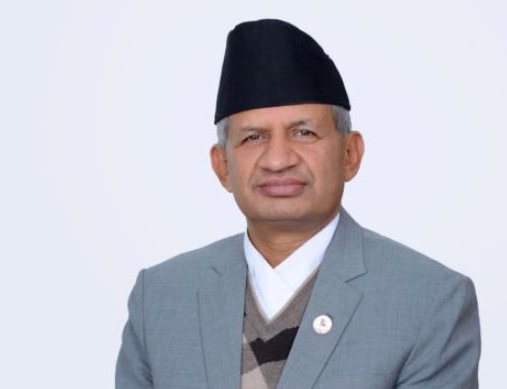 Minister for Foreign Affairs Pradeep Kumar Gyawali said there was no dilemma about ratifying the Millennium Challenge Account (MCA) – a program of the United States of America extended to Nepal to develop a powerful cross-border electricity transmission line and rehabilitation of strategic roads reports The Rising Nepal.

"The government has decided to move forward with the agreement. Therefore, the lawmakers need not to be confused about the implementation of the development project," he said while speaking at the National Concern and Coordination Committee of the National Assembly on Wednesday.

According to The Rising Nepal, the government owned daily, minister Gyawali reiterated that the MCA was not the part of the Indo-Pacific Strategy of the US government and the programme would be audited by the Nepal government. The Millennium Challenge Corporation (MCC) was announced in 2004 while the IPS just a couple of years ago.

"When the country signed the agreement, it was witnessing political instability, governments were not stable. Therefore, the donor might have sought the parliament's ratification as the guarantee for the program implementation," said FM Gyawali. "Situation might have been different if we had assured the US government that there wouldn't any decision against the program," he added.

According to him, the government is firm on executing the program and that's the final decision.

He stated that the implementation of the project like MCA would give a huge message to the world. "MCA should also be taken as the culmination of the political transition in Nepal. When the country should have facilitated the project that is in the national interest, disputes on it will breed questions on the credibility of the country itself," he said.

He said that all political partied had agreed on MCA. The agreement was signed when Nepali Congress was leading the government; its Finance Minister Gyanendra Bahadur Karki had signed the agreement in Washington DC. The ruling partner during that period was the erstwhile Maoist Centre, which is in the present government after the merger with the CPN-UML.

FM Gyawali said that some preliminary works as per the conditions set by the program had been performed. The government had formed an independent mechanism, declared it as a national pride project.

The World Bank To Provide US$ 45 Million To Promote Sustainable Livelihoods By NEW SPOTLIGHT ONLINE 2 days, 15 hours ago