On January 10-11, Nepal Will See The First Of Four Penumbral Lunar Eclipses Of 2020. 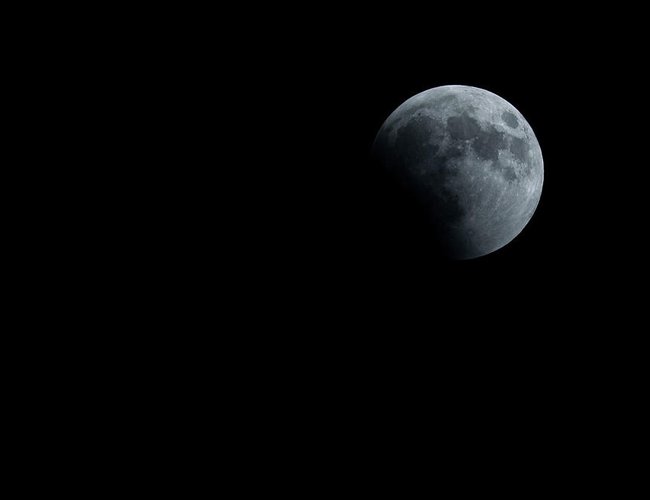 It will be visitble from all over Nepal.

A penumbral lunar eclipse occurs when the sun, Earth, and the moon are imperfectly aligned. When this happens, the Earth blocks some of the sun’s light from directly reaching the Moon’s surface and covers all or part of the Moon with the outer part of its shadow, also known as the penumbra.

Since the penumbra is much fainter than the dark core of the Earth’s shadow, it is often difficult to tell apart from a normal full moon.

The penumbral lunar eclipse of January 2020, which will take place between the nights of January 10-11, it will not be very distinguishable from a full moon and will be completely visible to almost all Indian cities. The lunar eclipse will last from 10.52 pm to 2.57 am Nepal Standard Time.

The moon often appears grey because of this and is called a “Wolf Moon” eclipse as well. According to Space.com, the first of the four penumbral lunar eclipses of 2020, will not be visible in the United States, central Canada and a majority of South America.

The other penumbral lunar eclipses will take place on June 5, July 5 and November 30, respectively.

The penumbral lunar eclipses are not the only celestial events that will occur in 2020. There will be an Annular Solar Eclipse on June 21 which will be visible throughout South/East Europe, Asia, Northern Australia, Africa, the Pacific Ocean and Indian Ocean.

The year 2020 will also see a second Total Solar Eclipse on December 14, which will be visible across South Africa, South America, Pacific, Atlantic, Indian Ocean, and Antarctica.

Three types of lunar eclipse are possible (total, partial, and penumbral) depending on how deeply the full Moon plunges into or near the umbra, our planet's dark, central shadow.

A long-exposure image captured red hues on the portion of the Moon inside the umbra during the lunar eclipse on October 8, 2014.

If it goes all the way in, we see a total lunar eclipse that's preceded and followed by partial phases. That was the case during the widely viewed event in September 2015, which marked the conclusion of a series of four consecutive total lunar eclipses in 2014–15! Such eclipse tetrads are not common — the last one occurred during 2003–04, but the next won't begin until 2032.

If the Moon skims part way into the umbra, as shown at right, only the partial phases occur — you'll see part of the Moon in nearly full sunlight, and part of it steeped in the deep, red-tinged umbral shadow.

And if its disk passes just outside the umbra, it still encounters the weak penumbral shadow cast by Earth. A sharp-eyed observer will notice that one side of the full Moon's disk looks a little dusky. All four of 2020's lunar eclipses are of the penumbral variety.

Fortunately, every lunar eclipse is observable anywhere on Earth where the Moon is above the horizon. (But there's still an element of luck involved — after all, the sky has to be clear!)

However, solar eclipses more tightly restrict where you can see them because the Moon casts a smaller shadow than Earth does.

If the Moon completely hides the Sun, the eclipse is considered total. With its brilliant disk completely covered, the Sun's ghostly white outer atmosphere is momentarily revealed for durations from seconds to several minutes. In November 2013, for example, planeloads of eclipse-chasers converged in a remote portion of northern Kenya to watch just 11 seconds of totality.

A completely eclipsed Sun can be viewed only from a narrow track or path on Earth's surface that's typically just 100 miles (160 km) wide. Outside of that path, about half of the daylit hemisphere of Earth is able to watch a partial eclipse as the Moon obscures a portion of the Sun.

Occasionally the Moon passes directly in front of the Sun but doesn't completely cover it. When that occurs, it's usually because the Moon is farther from Earth than its average distance. (The Moon's orbit isn't perfectly circular; its eccentricity is about 5%.)

US Space Agency Has Revealed Water On The Moon By Agencies 4 months, 1 week ago

Mars Will Be Closer To Earth Today Than It Will Be For Another 15 Years By Agencies 4 months, 3 weeks ago

UAE Probe Leads To Mars On Japanese Rocket By Agencies 7 months, 2 weeks ago