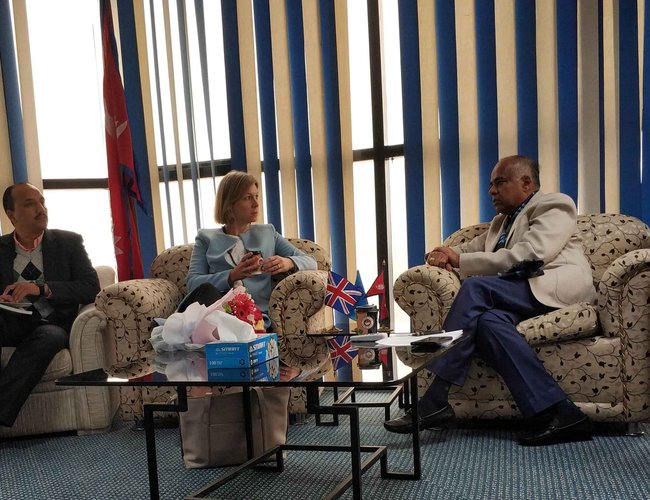 According to a press release issued by CNI, convener of CNI’s International Relations Committee Raj Bahadur Shah briefed ambassador about CNI and its role in enhancing bilateral relations.

President More said that the time has come for Nepal and Britain to focus in trade and business. He said that Nepal has very conducive environment now for foreign investments and expressed the hope that more British Investment will come to Nepal.