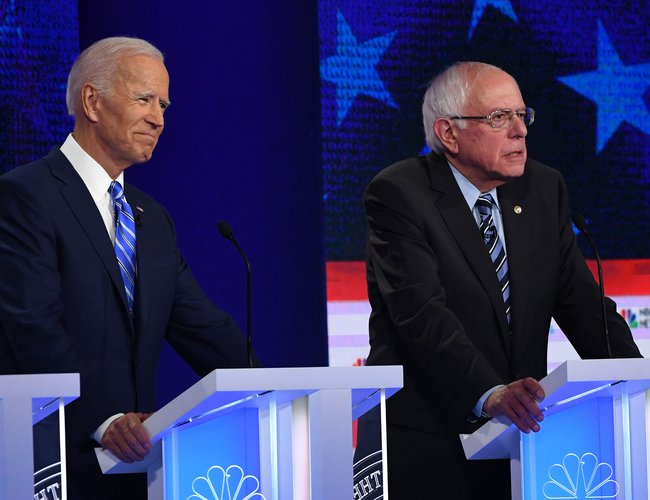 Joe Biden has won nine of the 14 states that voted to pick a Democratic White House candidate on Super Tuesday, a remarkable rebound for his campaign.

But Bernie Sanders is projected to win California - the biggest prize of the night - as well as three other states.

They lead the race to face Republican President Donald Trump in November. Former New York mayor Michael Bloomberg spent more than half a billion dollars of his own money on his campaign, but did not win a single state.

Super Tuesday awards more than 1,300 of the 1,991 delegates needed to clinch the Democratic White House nomination in July. As things stand, Mr Biden has 402 delegates and Mr Sanders 314.

How important is Biden's performance?

Virginia and North Carolina are crucial because they are key swing states in the 2020 election.

Exit poll data across the board suggests Mr Biden has attracted large majorities of African-American voters, a crucial bloc for the Democratic party.

Mr Biden also appears to have won among the type of suburban voters who pollsters say have been turning away from the current US president.

"We are very much alive," Mr Biden told a crowd in Los Angeles. "Make no mistake about it, this campaign will send Donald Trump packing."

How is Sanders doing?

If Mr Sanders does win California, as the Associated Press news agency projects, he will pick up the lion's share of the whopping 415 delegates that the Golden State sends to the party convention.

The left-wing senator also won his home state of Vermont, along with Colorado and Utah.

The second biggest voting state of the night was Texas. Mr Sanders had been heavily favoured to win the Lone Star State, but it was narrowly taken by Mr Biden. Partial results from Maine's primary also show Mr Sanders and Mr Biden neck and neck.

"We're taking on the political establishment," he said. "You cannot beat Trump with the same-old, same-old kind of politics."