Coronavirus Cases Outside China Hit 20,000: WHO

Coronavirus Cases Outside China Hit 20,000: WHO 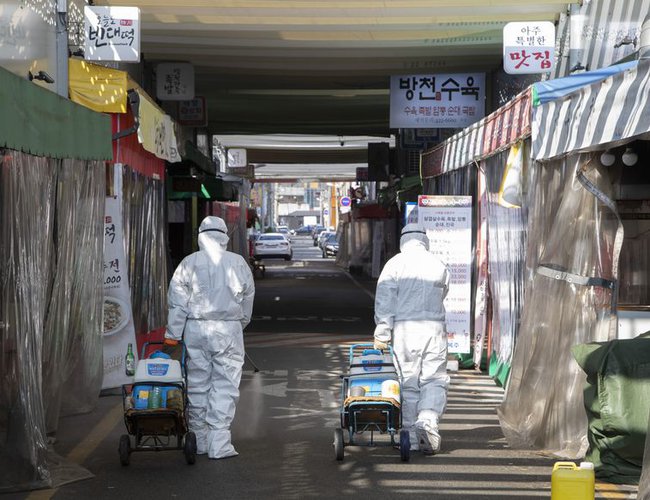 One hundred and one countries and regions have reported confirmed cases of COVID-19 as of Sunday morning, World Health Organization (WHO) spokesperson Fadela Chaib told to news agency.

In a statement released Saturday evening, the WHO said the spread of COVID-19 can be significantly slowed or even reversed through implementing robust containment and control activities as the number of cases worldwide has surpassed 100,000.

China and other countries are demonstrating that the spread of the virus can be slowed and its impact reduced through the use of universally applicable actions, the WHO said, referring to measures such as working across society to identify people who are sick, making sure they receive care, following up on contacts, preparing hospitals and clinics to manage a surge in patients, and training health workers.

BBC reports that Italy has placed up to 16 million people under quarantine as it battles to contain the spread of coronavirus.

Anyone living in Lombardy and 14 other central and northern provinces will need special permission to travel. Milan and Venice are both affected.

Prime Minister Giuseppe Conte also announced the closure of schools, gyms, museums, nightclubs and other venues across the whole country.

The number of infections worldwide is almost 102,000, the WHO says, with nearly 3,500 deaths. Most of the fatalities have been in China, where the virus originated in December.

But the country on Sunday reported its lowest number of new infections in a single day since January - an indication that the virus's spread is slowing.

There were 40 new cases on Saturday, less than half the number reported on Friday. Twenty-seven new deaths were reported - the lowest figure in more than a month - and all were in Wuhan, where the outbreak began.

Iran, one of the worst hot-spots outside China, has now confirmed almost 6,000 infections and 145 deaths.

On Sunday South Korean officials said 367 new cases had been reported in the past day, bringing the total cases in the country to 7,134.

In the US more than 400 cases have been reported, and the death toll is 19. In New York, cases jumped from 44 on Friday to 76 and Governor Andrew Cuomo declared a state of emergency.