13 Killed In Shooting Rampage In Canada

13 Killed In Shooting Rampage In Canada 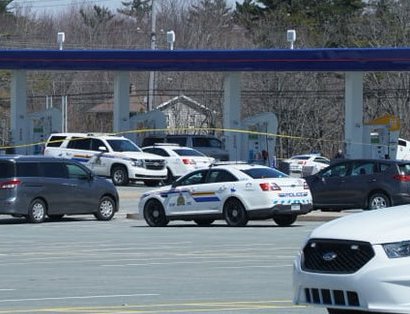 Police confirm there are at least 13 victims dead after a 12-hour rampage that began in the tiny community of Portapique, N.S., and a veteran RCMP officer is among them.

A 51-year-old man went on a shooting rampage across the northern part of the Canadian province of Nova Scotia Sunday, killing 13people, including a policewoman. Officials said the suspected shooter was also dead.

According to Associate Press (AP) , the man was identified as Gabriel Wortman and authorities said he disguised himself as a police officer in uniform at one point and mocked up a car to make it seem like a Royal Canadian Mounted Police cruiser.

He was arrested by the RCMP in a gas station in Enfield, Nova Scotia, northwest of downtown Halifax. Police later announced that he had died.

“In excess of 10 people have been killed,” RCMP Chief Superintendent Chris Leather said. “We believe it to be one person who is responsible for all the killings and that he alone moved across the northern part of the province and committed what appears to be several homicides.”

The dead officer was identified as Const. Heidi Stevenson, a mother of two and a 23-year-old veteran of the force. Police have not provided a motive for the attack. He said many of the victims did not know the shooter.

“That fact that this individual had a uniform and a police car at his disposal certainly speaks to it not being a random act,” Leather said.

The incident started in the small, rural town of Portapique, with police advising residents to lock their homes and stay in their basements.

Prime minister Justin Trudeau tweets “Our hearts go out to everyone affected by the shooting in Nova Scotia. To the Portapique community, we’re keeping all of you in our thoughts. And on behalf of all Canadians, I want you to know that we’re here for you - and we’ll be here for you in the days and weeks ahead.”

“This is one of the most senseless acts of violence in our province’s history,” said Nova Scotia Premier Stephen McNeil. He said it was an additional “heavy burden” amid efforts to contain the new coronavirus.

Mass shootings are relatively rare in Canada. Canada overhauled its gun-control laws after the country’s worst mass shooting in 1989, when gunman Marc Lepine killed 14 women and himself at Montreal’s Ecole Polytechnique college. It is now illegal to possess an unregistered handgun or any kind of rapid-fire weapon. Canada also requires training, a personal risk assessment, two references, spousal notification and criminal record checks.

Over 10 Reportedly Killed In Myanmar Protests By NEW SPOTLIGHT ONLINE 2 hours, 24 minutes ago

Elections Is Just A Month Away: Alliance Is Making Is Making By Agencies 3 days, 1 hour ago

US Carries out Airstrikes In Syria By Agencies 3 days, 1 hour ago