Bhutan’s Sixth Covid-19 Case, A Returnee From The Middle East

Bhutan’s Sixth Covid-19 Case, A Returnee From The Middle East 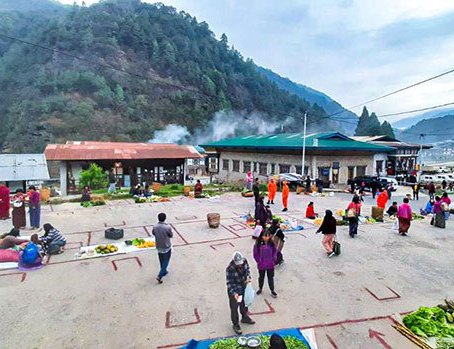 Bhutan’s sixth Covid-19 positive case is a woman who had recently returned from the Middle East Kuensel reports.

She tested positive while at a quarantine facility in Paro on April 20 and was moved to the isolation ward at the national referral hospital in Thimphu.

She is the fourth Bhutanese to test positive in the country.

After testing negative twice within 24 hours, the other three Bhutanese (case number three, four and five) are currently in de-isolation, recovering.

According to the health ministry, although the three tested negative on two occasions, they were being considered active cases. A patient is considered fully recovered only after he or she tests negative at the end of the two-week de-isolation period.

While the global and regional situation continues to deteriorate, Bhutan has managed to keep the situation under control. The precautionary approach the government has taken in response to the global pandemic has been effective so far.

Bhutan strictly follows the quarantine in the market and all over the public place.

Almost 50 days after the detection of the first positive case, the country has managed to prevent community transmission. This has been made possible mainly through the approach of facility quarantines.

Health Minister Dechen Wangmo on several occasions emphasised that no other country had the provision of facilities like in Bhutan.

Anyone arriving in the country from abroad is straightway quarantined for 21 days. Besides the international shortage of test kits, irrespective of symptoms, all those completing the quarantine period are tested on the 22nd day.

Based on scientific grounds, the government increased the mandatory quarantine period from 14 to 21 days. With thousands of people completing the quarantine, the government recently enforced the 7pm curfew as a precaution.

So far, a total of 2,066 people have completed the mandatory quarantine period since April 1.