Parshuram Jayanti 2020: Who Was Lord Parshuram?

Parshuram Jayanti 2020: Who Was Lord Parshuram? 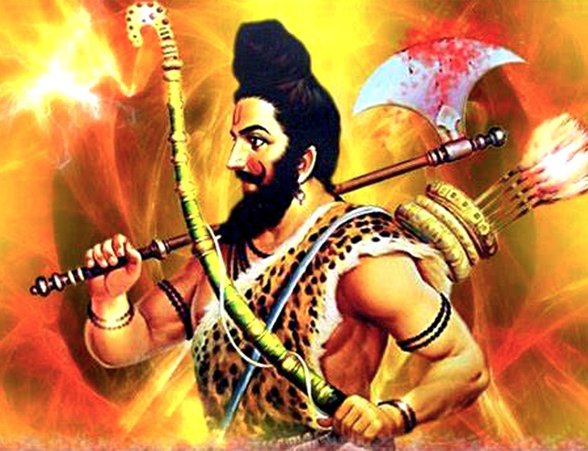 Lord Parashurama was a brahmin with Kshatriya like qualities. He used to take any action in the anger. Due to his anger, once he had made earth devoid of Kshatriya for twenty-one times.

What is the importance of Akshaya Tritiya?

Akshaya Tritiya is said to be the main festival of Sanatan Dharmis. On this day, the results of all the deeds such as bathing, donation, etc. come back to you. The fast is known as Akshay. In order to get success in the desired field, one should give donations to the needy and poor in terms of food, etc.

When is Parashuram Jayanti celebrated?

What people do on Parshuram Jayanti?

How should be Parashuram Jayanti celebrated this year?

This time due to the Covid-19 lockdown, it is advised to celebrate the festival at homes safely.

May Lord bless you on this auspicious day of Akshaya Tritiya. May this be a new beginning of greater prosperity, success, and happiness. Greetings on Akshaya Tritiya

May lord Parshuram bless your soul and give you happiness. Greetings

May lord Parshuram fulfill all your wishes and give a happy life. Jay Shree Parshuram!

Parshuram Jayanti 2021: Rituals And Significance By Agencies 4 days, 4 hours ago

Hanuman Jayanti 2021: Importance And Significance By Agencies 3 weeks ago

Mahavir Jayanti 2021: Celebrating The Birth Of The 24th Tirthankar By Agencies 3 weeks, 1 day ago

Ram Navami 2021: Its Importance And Significance By Agencies 3 weeks, 6 days ago