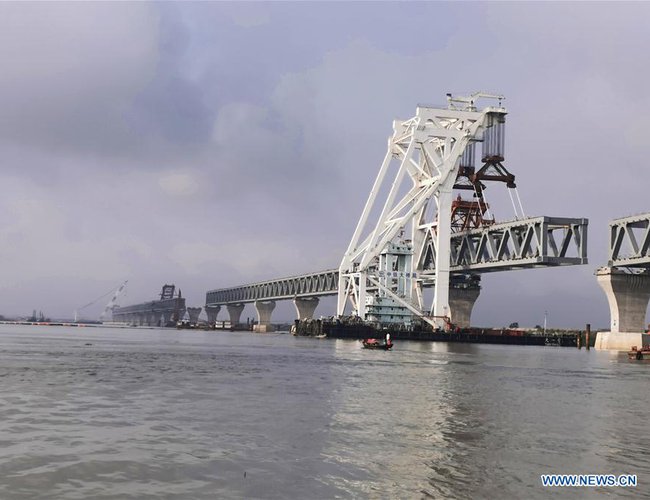 The 29th span of Bangladesh's largest Chinese-built Padma bridge has been installed amid the country's nationwide COVID-19 lockdown, making 4.35 km of the main structure of the bridge visible reports Xinhua.

With the installation of the 150-meter long span, the 29th span among the 41 spans has been installed on the 6.15-km bridge and 4.35 km of the bridge is now visible.

Despite the COVID-19 outbreak, many Chinese-built major projects including Padma Bridge are still under regular construction in the country.

According to the project engineer, the next span of the bridge is likely to be installed later this month as MBEC continued efforts to ensure timely completion of the core structure of the bridge despite the COVID-19 outbreak that has kept Bangladesh under the lockdown since March 26. 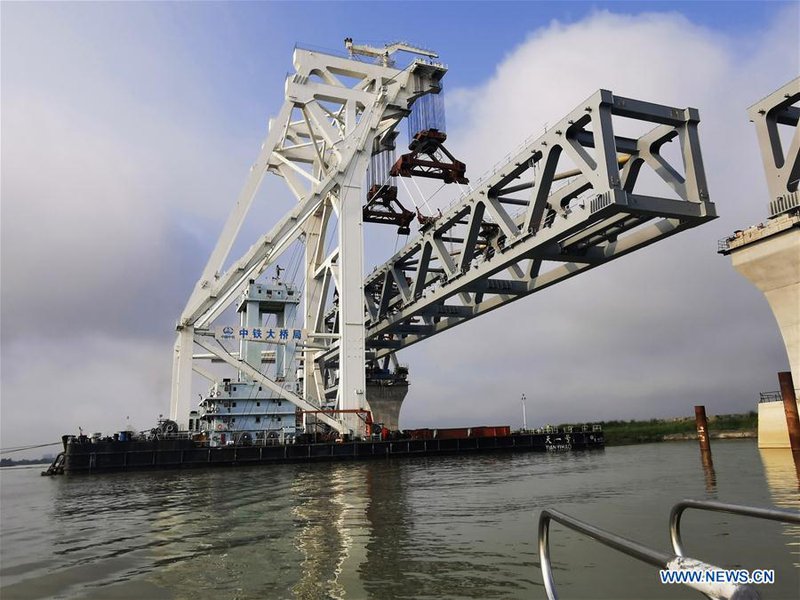 Bangladeshi Prime Minister Sheikh Hasina inaugurated the main works of Padma Bridge project, the biggest of its kind in the country, in December 2015.

Apart from connecting nearly 30 million people in Bangladesh's southwest region to the rest of the country, the bridge will enhance regional trade and collaboration along the Asian highway No. 1 and the Trans-Asian railway network.