Global Race To Find The Vaccine And Nepal 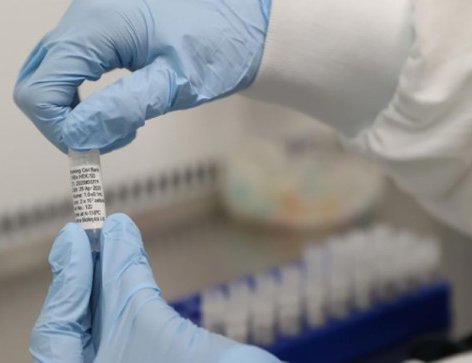 As the pandemic of COVID-19 rages infecting millions and taking an enormous number of human lives, hope is only on one thing- the possible discovery of vaccine pronto.

The World Health Organization(WHO) organized a fundraising event to support the expedited development of vaccines in which 7.4 billion euros was pledged. The WHO also called for world unity and cooperation to fight the pandemic of COVID-19 initiating the Solidarity trial, with intentions of assessment of viable treatment solutions by enrolling patients in multiple countries. People across nations want all governments, international agencies and pharmaceutical companies to join hands in this noble cause of developing a vaccine against the COVID-19 virus and saving optimum number of human lives.

However, such has not happened. The accelerated search for the vaccine has surged global competition, which seems to have preceded over cooperation. With the intensity of work that is going on, which makes the current expedition of vaccine development faster than that of any pathogen in history, the results are likely to come out but cooperation among nations added would be hastened by months.

Oxford University’s Jeffer Institute collaborating with the British pharmaceutical giant AstraZeneca is likely to produce vaccine by millions this September if the clinical trials in more than 6000 people till the end of this month are successful. The vaccine was inoculated in rhesus macaque monkeys, who were later exposed to heavy quantities of the COVID 19 virus. 28 days later, the monkeys recovered.

The American companies Johnson & Johnson and Moderna are also racing to make billions of doses available by the end of 2021.

Governments and research labs of the scientifically advanced countries are rushing to become the earliest because along with saving the lives of their people, the achievement is also a thing of national pride and a symbol of global power to them. For Pharmaceutical and biotech companies, the current adversity can be an opportunity to make big money.

China, which has beefed up its various capabilities in health vividly evident in its exalted success to contain the spread of the COVID-19 and to deal with Ebola outbreak in African nations, has forecasted that it will have the vaccine ready for emergency use by September. The US sees China’s such prowess as a threat to its global influence.

The leaders of powerful nations seem to focus on the implications the discovery of vaccine will have on their world influence and the economy more than saving human lives globally. They also strongly desire to take credit for the possible achievement; one instance is American President Donald Trump personally taking charge to provide 300 million doses to Americans by January. As such it is seen that the governments and bureaucracies of nations are working competitively rather than cooperatively.

The surge in intense nationalism these years, evidenced in many global leaders’ ‘my country first’ attitude speeches has also enraged the present global competition. The Serum Institute of India- the world’s largest producer of vaccine doses has said that most of its vaccine would go to Indians before they go abroad.

Actually, this is the time for the world leaders to understand that the scourge of COVID-19 cannot be dealt with narrow nationalism. ‘United we stand and divided we fall’ should be the mantra for defeating the common enemy, which is out there wild and ravenous for human lives.

Nations should be ready to acknowledge the fact that they can win the exacerbating pandemic only by leveraging research collaborations and sharing collected data as widely as possible. Many scientists and their communities have willingly shared their accomplished knowledge of potential treatments and have published their findings immediately, which should also be the attitude of the governments. Nations should act in concert to introduce the patent system, which allows equitable access to inoculation and reduces business monopoly at the cost of human lives. The vulnerability of nations and communities to the current brutal contagion should be the measure for priority access to potential vaccine distribution.

Low-income countries like Nepal have missed to appropriately well prepare and manage the crisis except by lock-downs and physical distancing, which cannot be long-term methods. They should not miss cutting down preventable deaths by assiduously searching for access to vaccines in the future. They can enhance alliances and create forums to voice for equitable access. Vaccines should be available and affordable for people who are at the heart of the outbreak and in greatest need because along with it being the right thing to do, it is also the right strategy for short-circuiting transmission and preventing future pandemics, writes Bill Gates. Thus, the dire necessity of availability and affordability of vaccines equitably should be discussed in international digital political conferences. Nations, poor or rich, scientifically advanced or slow, should come together realizing the fact that the global race should be against the virus, not another human.

Nepal should be vigilant about currently developing international situation and foresighted of possible future events. Nepal should keep off from being a frog in the well.

The government and bureaucracy of Nepal have prolonged the procedure to acquire masks, Personal Protective Equipments (PPEs) and medical kits intentionally and have given the responsibility to the inefficient and corrupt private companies, even during the devastating situation as of now. They should refrain from such activities in the future. Direct government to government dealing can be practiced. The country ought to immediately start preparing for some months from now and look for reliable supply-chains of a potential vaccine. The government should allocate money in the upcoming budget to buy and should not wait for the grant from the donor countries when they are themselves hard hit, which will be inhuman and stupid. Instead, Nepal though cannot finance pharmaceutical and biotech companies at home, can collaborate in smaller share with the countries involved in the noble expedition of vaccine discovery by agreeing to pay in installments over time. Such an initiative will enhance Nepal's global respect and strengthen international ties.

(Koirala is an independent thinker with Master’s in Political Science. He can be contacted at maheshkoirala2000@gmail.com)

Mandela: The Epitome Of Human Tolerance And Triumph
Jul 18, 2020