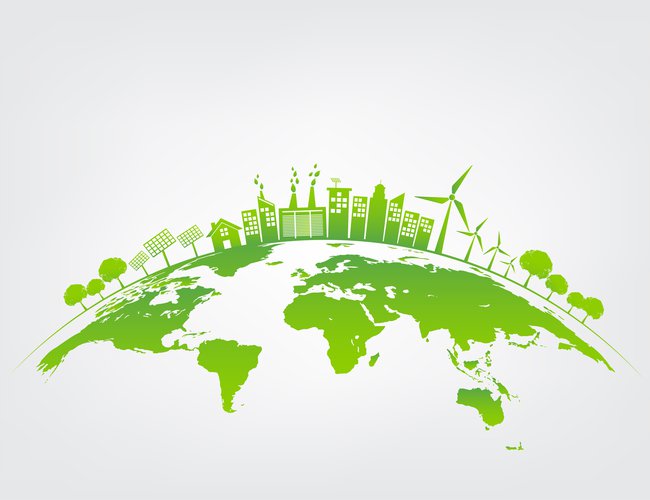 After almost a decade, the issue of 'carbon neutrality' is discussed in Nepal. Prior to the Cabinet Meeting at Kalapatthar in 2009, limited people discussed to declare Nepal 'carbon neutral' and inform the international community during the Climate Change Conference in Copenhagen. It did not happen through greater realization on the country's dependence on carbon-based energy for economic and infrastructure development and the 'business-as-usual' model continued as Nepal has negligible emissions of the greenhouse gases (GHGs).

On 20 February 2020, Nepal Development Research Institute (NDRI) with the Institute for Global Environmental Studies (IGES) organized a mini-workshop to discuss carbon neutral and climate-resilient development in Kathmandu. Dr. Maheshwar Dhakal, climate change focal person informed about the preparation of 'enhanced' Nationally Determined Contribution (NDC), and shared number of challenges that Nepal is facing. He stressed, inter alia, on Nepal's richness in policies and weakness in their implementation, difficultly in integrating climate change into sub-national policies and programs and translating policies into actions, low funding for program implementation, including research and development and capacity building. Dr. Keshab R. Goutam, associated with climate change focal ministry informed government initiatives to revise the NDC in 2020 with 10 years targets (up to 2030). He shared governments' plan to include targets for 2025 and 2030 in areas where activities are more concrete and achievable; and grouping into: (i) activity-based targets (policy and action for identified sectors); (ii) emission reduction targets for sectors having comparatively advanced dataset and assessment; (iii) mitigation actions with a focus on renewable energy, electric vehicle and electric cooking, and waste to energy; and (iv) adaptation component in coordination with ongoing NAP process. It seems that Nepal's NDC 2020 will largely focus on reducing GHGs emissions. This captures the spirit of the NDC as understood, prior to the Paris Agreement, a voluntary commitment of the Party to reduce GHGs emissions. Dr. Goutam also shared on the state of implementation of the 2016 NDC which was submitted to the Secretariat of the UN Framework Convention on Climate Change (UNFCCC) while being a Party to the Paris Agreement.

A Nepali NGO, Clean Energy Nepal with support from Christian aid, has posted a progress review paper on the implementation of Nepal's NDC 2016 which was primarily 'adaptation-focused' as GHGs emission was only 0.027 percent of the total global emission (based on Second National Communication report, 2014). This review paper has marked the progress as "much remains to be done", "impossible to meet 2020 target", "significant gaps between targets and progresses" and 'implementation untouched' etc. This looks appropriate as the paper mentioned: '(i) trend of increasing imports (of petroleum products) lies in direct contrast to mitigation commitments; and (ii) (implementation) still requires further work'. It has suggested for 'having ownership' of concerned agencies (on targets), for 'conditional or unconditional GHGs targets' by declaring the 'base year and peak year and midterm and long-term targets, with an aim to reach carbon neutrality by 2050'. The reviewers did not comment on the 'importance of reducing the impact of climate change and implementation of climate change adaptation actions to protect life and life-support systems and effective implementation of NDC depends upon the bilateral and multilateral grant support' as contained in NDC 2016. This paper reflects easiness in setting targets and difficulty in implementing them.

Nepal's GHGs contribution to the global emission is only 0.06 percent (based on GHGs inventory 2017 for Third National Communication) but people and resources of Nepal are vulnerable to the adverse effects of climate change. Similarly, social and economic sectors and infrastructures are greatly affected by climate change. This effect is more visible on the Himalayas due to the high rate of snow-melting and glaciers retreating. Even if Nepal's net GHG emission is zero, it will not reduce snow-melting. This calls for greater clarity on Nepal's priority – adaptation or GHGs emissions reductions (mitigation).

Parties to the Paris Agreement are revising and updating their NDCs. Nepal is also in this process with support from NDC Partnership. The NDC Partnership Support Unit of the UNFCCC organized an initial scoping mission and a round-table meeting in August 2018 to understand the status of NDC implementation, identify areas of support, priority needs, map out ongoing support programs, and agree on the way forward. In August 2019, the climate change focal ministry with this Unit organized 'Partner Roundtable on Nepal's NDC implementation and Partnership process' and shared its draft result framework with the proposed six outcomes. They are: (i) piloting of science-based adaptation actions in all provinces; (ii) promoting renewable energy and energy efficiency; (iii) assessing economic and non-economic cost of loss and damage; (iv) collecting, analyzing and managing a systematic collection of data (including climate finance); (v) strengthening institutional and human capacity; and (vi) mainstreaming climate change policy in all sectors and at all levels. It planned for the international launch of the Partnership Plan at CoP25. There is no news on launching of the Plan at Madrid in December 2019.

The UNFCCC was adopted in May 1992 and entered in force in March 1994 to stabilize the GHGs concentrations in the atmosphere, allow ecosystems to adapt naturally, ensure food production, and enable sustainable economic development. In spite of commitments in the UNFCCC and Kyoto Protocol, GHGs emissions continued to increase with corresponding temperature rise.

In 2011, Parties to the UNFCCC in Durban decided to launch a process to develop a protocol, another legal instrument or an agreed outcome with legal force under the Convention and established the Ad Hoc Working Group on the Durban Platform for Enhanced Action to complete its work as early as possible but no later than 2015 and implement the agreed outcome from 2020. During Warsaw CoP 19 in 2013, Parties invited all Parties to 'initiate or intensify domestic preparations for their 'intended NDCs' to achieve the objectives of the Convention. The 2014 CoP20 in Lima reiterated its invitation to communicate their INDCs. In Lima, Parties agreed that LDCs may communicate information on strategies, plans and actions for low GHG emission development in the context of INDC. This 'may communicate' decision confused some LDCs to prepare and communicate INDC to the UNFCCC Secretariat while other LDCs prepared INDC, mostly with support, and submitted in 2015.

The Paris Agreement has considered NDC as the 'heart' to meet the objectives of the Convention and to limit warming below 2 degrees Celsius above pre-industrial levels. It has a long-term goal for adaptation to increasing adaptive capacity to climate change impacts and ensure climate-resilient development. Parties to the Paris Agreement are required to prepare, communicate, and maintain successive NDCs with particular focus on domestic mitigation measures through its post-2020 climate action plan to achieve the objectives of the Convention. Such a plan should reflect the country's ambition for reducing GHGs emissions.

Nepal's 2016 NDC was prepared and communicated, taking into account its domestic circumstances such as CoP decisions for LDCs, GHGs emission, trend of fossil fuel and clean energy use, climate change impacts on people, resources and economic sectors, means of implementation such as finance, technologies and capable human resources, NAPA priorities, and need for building adaptive capacity, etc. It is, therefore, natural to put climate change adaptation as a priority for Nepal.

In general understanding, 'C' of NDC initially stands for 'contribution', 'commitment' and 'compliance'. The NDC requires the post-2020 national climate action plan more practical and implementable and provides a basis for sustainable development. This is much more related to the type of energy use. The 'lockdown for COVIC-19' has proved that 'nature can replenish' and environmental quality can be improved and maintained if carbon-intensive energy use is reduced and/or systems' carrying or assimilative capacity is considered in advance.

In Nepal, it is likely to continue carbon-intensive energy use to achieve economic and infrastructure development objectives. Policy measures on 'carbon tax', 'fossil-fuel use reduction' 'clean energy use', or 'conversion of carbon-intensive fuel to clean energy-based vehicles or appliances' may not be adopted and implemented in the near future. Incentives for clean energy use will not materialize to promote sustainable development in sectors such as transportation, industries and infrastructure. Carbon sinks or reservoirs mainly forests and species that can efficiently absorb a higher amount of carbon dioxide (CO2) will continue to be affected. Policy targets on energy mix may not be met, including phasing out of fossil-fuel and moving towards clean energy use, in the near future. The 69-km long Motihari-Amlekhgunj energy (oil) pipeline with the annual capacity of 2 million metric ton is used to import fossil fuel since 10 September 2019.

The policy and program of the Government for FY 2077/78 plans to expanding the oil pipeline from Amlekhgunj to Lothar in Chitwan, complete the study and start construction of Siligudhi-Charaali, Jhapa oil pipeline, and start construction of oil storage facilities in Chitwan, Jhapa and Sarlahi. The program also focuses to continue to explore petroleum products in Nepal. On the other hand, it commits to establishing charging stations in major highways to expand the use of electric vehicles countrywide. Tax exemption on electric vehicles is still not encouraging importers and users. Nepal might take several years to the phase-out import of carbon-intensive energy use, and convert to a clean energy-based economy.

Climate activists urge governments to declare 'carbon neutrality' to commit for, and comply with, net-zero carbon footprints or zero GHGs emissions. There is a trend of declaring the country 'carbon neutral'. As of December 2019, 73 country Parties to the UNFCCC have committed to net-zero CO2 emission by 2050. There are a number of cities, businesses and investors who are also working to achieve net-zero CO2 emission by 2050. Bhutan is a carbon-negative country, meaning that it absorbs more CO2 than it emits. More than 70 percent of its forest coverage functions as 'carbon sink'.

Nepal's GHG inventory report 2017 estimated nearly 32 thousand Cg CO2-eq net GHG emissions for 2011 (48,435 Cg CO2-eq emissions from energy, industrial processes, agriculture, land-use and forestry and wastes, and 16,436 Cg CO2-eq removals from forests). It is most likely that carbon-intensive energy use will continue for economic and infrastructure development. The policy focus on the construction of oil pipelines and oil storage facilities, increased amount of import of petroleum products and vehicles, and limited or negligible use of clean energy in the production and transportation sector also convince for likely increase in GHGs emissions. Hence, the issue of 'carbon neutrality' is more 'political' and it should realistically focus for sustained economic and infrastructure development to reduce poverty and improve the living conditions of the Nepalese people.

Recalling the preparation of INDC and event of approval in early 2016, state of low carbon economic development strategy (draft 2015), non-implementation of decisions on clean energy-based transportation facilities, issues raised in NGO progress review paper and survey form for 'voluntary research' on 'first NDC' in April 2020, it is encouraged to consider, and re-consider the ground realities and/or national circumstances and capabilities, national policies and strategies, needs and priorities, and implementation approaches while finalizing the post-2020 climate change action plan – NDC 2020 – which may be communicated to the UNFCCC Secretariat by December 2020. It is also encouraged to include reference-based targets with clarity on 'ownership' for implementation. Those who have 'implementation responsibility' are encouraged to finalize the NDC 2020 and ensure compliance and impact monitoring on implementation so as to avoid a situation to link it with 'compliance of the commitment' for additional support on climate change actions and 'not-to-repeat' words as used in 2016 NDC progress review report, in periodic and/or final progress review of NDC 2020.