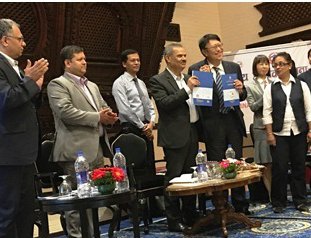 Central Bureau of Statistics publishes the National Economic Census 2018 report 2-3 by Annual Sales, Profit and Loss by provinces and districts

The Central Bureau of Statistics has published the report on annual sales, expenses, profit and loss by provinces and districts. The first ever National Economic Census 2018 was conducted with the technical support from Japan International Cooperation Agency (JICA).

This is because many head offices are located in Kathmandu valley and all financial statements are managed by head offices in Kathmandu from where their financial data are counted. Manang came out to be the smallest with Rs. 536 million accounting for 0.018% only. In Nepal, it was found almost half of the entities are not registered.

The report provides detail on annual sales, expenses, profit and loss against number of entities and number of persons engaged in these entities. Further, it also highlights on annual sales, profit and loss by male and female owners / managers over age group, individual proprietors and street vendors. A detail of this report is now available in the official website of Central Bureau of Statistics

NIBL Opens its 87 Branch In Lahan By NEW SPOTLIGHT ONLINE 2 days, 8 hours ago