COVID-19: Number Of Children Living In Household Poverty To Soar By Up To 86 Million By End Of Year

COVID-19: Number Of Children Living In Household Poverty To Soar By Up To 86 Million By End Of Year 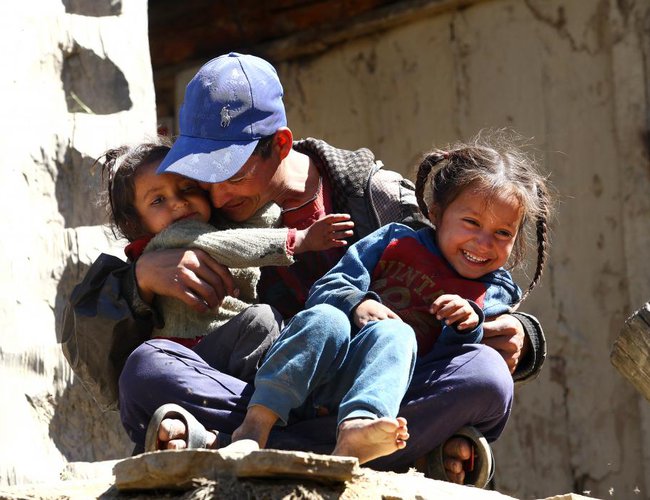 New analysis from Save the Children and UNICEF reveals that without urgent action, the number of children living in poor households across low- and middle-income countries could increase by 15 percent, to reach 672 million

The economic fallout of the COVID-19 pandemic could push up to 86 million more children into household poverty by the end of 2020, an increase of 15 percent, according to a new analysis released today by Save the Children and UNICEF.

The analysis highlights that, without urgent action to protect families from the financial hardships caused by the pandemic, the total number of children living below the national poverty line in low- and middle-income countries could reach 672 million by year-end. Nearly two-thirds of these children live in sub-Saharan Africa and South Asia.

Countries across Europe and Central Asia could see the most significant increase, up to44 percent across the region. Latin America and the Caribbean could see a 22 percent increase.

“The coronavirus pandemic has triggered an unprecedented socio-economic crisis that is draining resources for families all over the world,” said Henrietta Fore, UNICEF Executive Director. “The scale and depth of financial hardship among families threaten to roll back years of progress in reducing child poverty and to leave children deprived of essential services. Without concerted action, families barely getting by could be pushed into poverty, and the poorest families could face levels of deprivation that have not been seen for decades.”

Save the Children and UNICEF warn that the impact of the global economic crisis caused by the pandemic and related containment policies is two-fold. Immediate loss of income means families are less able to afford the basics, including food and water, less likely to access healthcare or education, and more at risk of child marriage, violence, exploitation and abuse. When fiscal contraction occurs, the reach and quality of the services families depend on can also be diminished.UNICEF

For the poorest families, lack of access to social care services or compensatory measures further limits their ability to abide by containment and physical distancing measures, and thus further increases their exposure to infection.

“The shocking poverty impacts of the Covid-19 pandemic will hit children hard. Children are highly vulnerable to even short periods of hunger and malnutrition—potentially affecting them for their whole life. If we act now and decisively, we can prevent and contain the pandemic threat facing the poorest countries and some of the most vulnerable children. This report should be a wake-up call for the world. Poverty is not inevitable for children,” said Save the Children International CEO, Inger Ashing.

Before the pandemic, two-thirds of children worldwide did not have access to any form of social protection, making it impossible for families to withstand financial shocks when they hit and furthering the vicious cycle of intergenerational poverty. Only 16 percent of children in Africa are covered by social protection.

For children living in countries already affected by conflict and violence, the impact of this crisis will further increase the risk of instability and of households falling into poverty. The Middle East and North Africa region, home to the highest number of children in need due to conflict, has the highest unemployment rate among young people, while nearly half of all children in the region live in multidimensional poverty.

COVID-19 has already begun to have a serious impact on children in Nepal and may derail the progress made recently. According to the World Bank, Nepal’s migrant workers sent home US$8.1 billion in 2018 making the country 19th largest remittance receiver in the world, most of which is spent on supporting families and children’s education.

In Nepal, even prior to this crisis, children in Nepal faced serious obstacles in achieving their rights despite progress over the decades. More than 1 in 3 children are stunted. Under-five mortality though improving is still high at 39 per 10,000 live births. In Nepal, it can be surmised that nearly 10 million children are estimated to be poor and many more facing multidimensional poverty. The government has identified approximately 1.5 million households thus far as being vulnerable. This figure is already more than 1/5th of all households in Nepal suggesting that large numbers of children are also vulnerable. These risks are likely to be exacerbated as Nepal’s economy weakens from the impact of COVID-19.

The education sector in Nepal already faces numerous challenges such as poor quality of education, inequity in access due to social exclusion, disability and geographical barriers. As schools are closed due to COVID-19 and classes move online, it puts thousands of children, usually, the poorest, excluded and in rural areas, without access to the internet or with poor connectivity at a huge disadvantage, further exacerbating the digital divide.

To address and mitigate the impact of COVID-19 on children in poor households, Save the Children and UNICEF call for rapid and large-scale expansion of social protection systems and programs including cash transfers, school feeding and child benefits – all critical investments that address immediate financial needs and lay the foundation for countries to prepare for future shocks.

Governments must also invest in other forms of social protection, fiscal policies, employment and labor market interventions to support families. This includes expanding universal access to quality healthcare and other services; and investing in family-friendly policies, such as paid leave and childcare.

Since COVID-19 hit, many countries have already scaled up their social protection programs.

In Mongolia, the government increased its Child Money Program monthly benefit by five times from MNT 20,000 per month to MNT 100,000 for a duration of 6 months.

In Argentina, the Universal Child Allowance program provided an increase of $3,100 Argentine pesos (US$47) for its current beneficiaries;

In Georgia, the Targeted Social Assistance (TSA) program will be temporarily expanded to provide support to an additional 70,000 families; as well as provide an extra 100 GEL (US$31) a month to 21,000 TSA households with three or more children for 6 months.

In Armenia, eligible families enrolled in the family benefits system will receive a top-up equal to 50 percent of the benefit.

In Colombia, the government has created the Solidarity Income Program to provide cash transfers to households that do not currently receive benefits from any other National Government programs. As of 21 May, more than 2 million vulnerable families had received a 320,000 peso transfer (equivalent to US$81) through two equal payments made during March and May.

In Peru, the Government is providing solidarity bonuses to rural households, independent workers and vulnerable families, as well a new universal bond, for 6.8 million households. Specific focus is needed to reach people living in remote areas, indigenous populations and migrants.

WHO Forms New Group To Study Covid Origin By Agencies 1 week, 1 day ago

UK Removes Nepal From Red List By Agencies 2 weeks ago