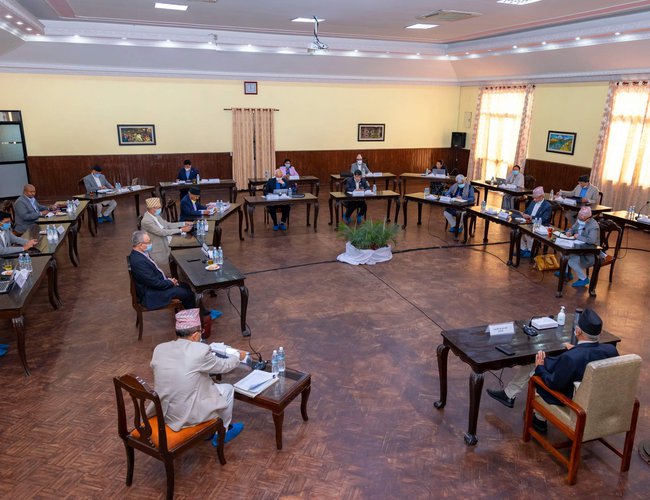 The cabinet meeting decided to ease the nationwide lockdown as per the modality proposed by the COVID-19 Control Management Centre-Operation (CCMC-Ops).

According to Minister for Energy, Water Resource and Irrigation, Barshaman Pun the government had decided to open shops, private vehicles and run cabbies under the basis of odd and even number plates.

The odd and even number will be confirmed by the last digit of the number plates, according to Minister Pun.

Markets will also be allowed to open in compliance with certain criteria of the CCMC-Ops, he said.

Complete decision on this modality will be publicised by the government on Thursday, he said.

Two wheelers and taxis will be given to ply on the road on odd and even number plate basis, added Minister Pun.

Decision regarding operation of long routed vehicle hasn't been made, he said.

Ambassador Kikuta Shares The Views With Prime Minister Deuba For Strengthening The Bilateral Relationship Between Nepal And Japan By NEW SPOTLIGHT ONLINE 1 day, 10 hours ago

PM Deuba Urges All Political Parties To Work Together For Nation By Agencies 4 days, 21 hours ago