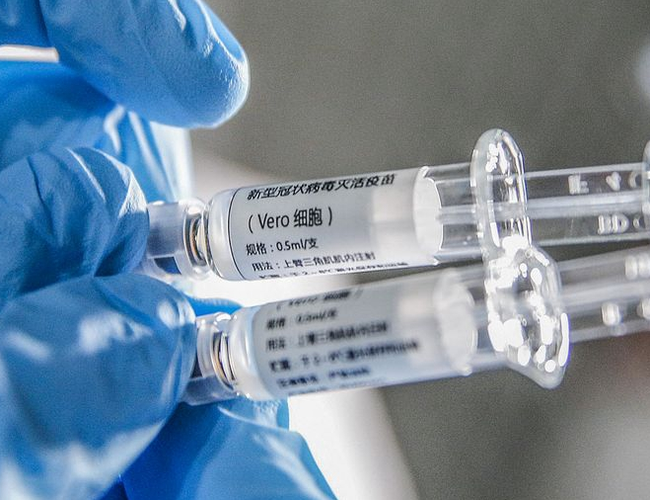 Brazilian officials on Thursday announced an agreement with China's Sinovac Biotech to produce its coronavirus vaccine in the state of Sao Paulo, where tests involving 9,000 volunteers are to begin next month.

Last week, Sao Paulo State University announced that a vaccine being developed by the University of Oxford will be tested among 2,000 Brazilian volunteers beginning in mid-June.

In unveiling the deal, which he described as "historic," Doria criticized President Jair Bolsonaro.

Brazil has the world's second-highest coronavirus caseload after the United States, with more than 770,000 confirmed infections and nearly 40,000 deaths.

"The studies show that the vaccine could be distributed by June 2021," if tests prove conclusive, Doria said.

"This agreement would allow us to produce at large scale and immunize millions of Brazilians."

Sinovac Biotech, one of four Chinese laboratories authorized to conduct clinical vaccine trials, said a month ago that it was prepared to produce 100 million doses of the vaccine under the commercial name Coronavac.

In Sao Paulo, 9,000 volunteers will be injected with doses of that vaccine beginning in mid-July, in the third and final phase of testing.