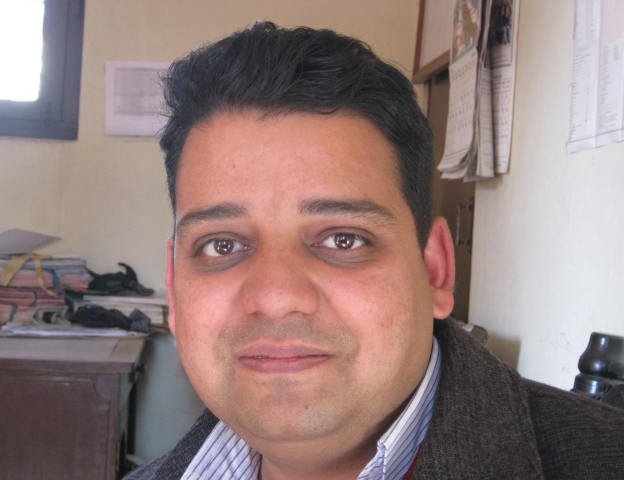 After Nepal’s parliament unanimously passed to form a new map of the country to include territory claimed by its neighbor, India described the move as untenable and said it violated the understanding that boundary disputes should be solved through dialogues and negotiations.

The constitutional amendment bill was passed by the House of Representatives and all lawmakers present in the meeting voted for the bill. It was announced by Speaker Agni Sapkota that the bill has been endorsed by more than a two-thirds majority. After the bill was passed, Indian External Affairs Ministry said that India has already made its position clear on the issue.

This artificial enlargement of claims is not based on historical facts or evidences and is not agreeable It has violated current understanding to hold talks on outstanding and unsettled boundary disputes.

As Nepal and India have long historical, geographical, political, social, economical, geographical, diplomatic and religious linkages and proximities. We have very strong people-to-people relations and ties in terms of settlements, citizenships, marriages, education, health, migration, tourism, employments etc. Thus Nepal and India both countries and people should be in win-win situations with equal and fair interests and benefits for people of both nations not one country should gain and other loose in these territorial and border dispute matters. Both nations need to respect their sovereignty, nationality and territorial integrity. Two nations should create positive atmosphere for talks and dialogues, follow the principles and policies of international laws, treaties and mutual friendly diplomatic and bilateral relations.

Nepal’s Foreign Minister Pradip Gyawali has publicly told many times to India on holding the high-level talks and dialogues but there had been no responses from India. The latest episode, which is about Kalapani and Lipulekh on the India-China border began after an announcement by the Indian Defense Minister Rajnath Singh in early May 2020.

The two countries share an open and porous border which stretches over 1,690 km. While 98% of the boundary has been settled by the exchange of strip maps in 2007, however two areas – Kalapani (Nepal/ Uttarakhand, India) and Susta( Nepal/ Bihar, India) are disputed and delayed for long period. The joint statements issued during PM Narendra Modi and PM Sushil Koirala on Modi’s visit to Nepal in 2014 had a substantial proposal to manage these two disputes, with the two leaders emphasized the need to resolve pending Nepal-India boundary tussles once and for all.

While Nepal is insisting that the doors of dialogue still remain open after the passage of the bill, New Delhi is not likely to move fast to hold talks in the near future. Indian sources claim that Nepali PM K.P. Oli who has lead the move on the constitutional amendment bill, has used nationalist sentiment to tide over challenges from within his own party and growing criticism of his handling of the coronavirus pandemic.

India continues to control the disputed territory, with Nepal highly unlikely to use any military means to press its point. With Oli having played one of his most important political cards in this matter, there is no indication that New Delhi will feel any heat to sit at the dialogue and negotiation table with Nepal soon. As PM Oli and his government has released a new map, presented all historic evidences and legal documents, passed by majority In Parliament and amended its constitution. But when both countries sit for talks, dialogues and negotiations, India will also present its claims on its legitimacies and lawful historic evidences and facts. Thus for present, Nepal has to request and wait for India’s responses. PM Oli, Foreign Ministry and other top government officers should insist to have formal talks and direct diplomatic dialogues with PM Modi, Foreign and Defense Ministers and other Indian top officials to solve this prolong differences.

The opponents of the Millennium Challenge Cooperation(MCC) argue that the support from the United States is part of a U.S. Indo-Pacific Strategy to lessen Chinese presence in the region. PM Oli has failed to get the agreement in his party CPN and he claims that despite differences over the support, the final decision should not weaken both friendly international relations and grants from USA to Nepal.

Political leaders who are trying to promote their nationalist and patriotic sentiments have said that supporting MCC would damage Nepalese sovereignty and nationality with too close to Washington and it will make relations with Beijing a very problematic. However some senior leaders of the CPN who are in favor of this support and presented a report to PM Oli on amending some agreements before it will be made final. The proposal and agreement of MCC and passing by Parliament is a big controversy and risky, and if MCC is for Military and Strategic interests of USA, that is very bad for Nepal and its neighbors and should be strictly rejected. If this agreement is for economic aid and development purposes only then it should be considered by PM Oli and his government. The U.S. had earlier committed to $500 million against a $130 million contribution from Nepal for a 400-kilovolt power transmission line and the upgrade of 300km of roads in the Himalayan country’s southeast. Before Chinese President Xi Jinping’s visits last year to solidify relations, Xi pledged $500 million in aid to Nepal, exactly counterbalancing the U.S. grants.

When the MCC was announced, the US Department of State issued a statement that Nepal plays a central role in a free, open and prosperous Indo-Pacific. Thus MCC is one of the most important initiatives being implemented in Nepal under the U.S. Indo-Pacific Strategy.

It is believed that the division within the Nepalese Communist Party is a manifestation of serious rifts. Those who have been sidelined by Oli have taken a united stand against the agreement. Some observers claim that the controversy displays Beijing’s increasing clout through its Belt and Road Initiative( BRI) and diminishing U.S. influence in Nepal. The Ruling Communist Party’s close ties with the Chinese Communist Party is a key factor in this matter. Debates over the MCC have surfaced across Nepal on various media platforms and common people Nepal and USA have bilateral ties for seven decades if the MCC is not proceeded, it might discourage Western countries for their assistance and support on this Himalayan nation which need strongly at present because of the economic impacts of the global current pandemic. The outbreaks of the coronavirus have left the Nepalese economy suffer at higher rates. Remittances sent from the migrant workers, economy and employment in tourism sectors have decreased very low.

Recently when PM Oli publicly blamed India that it is playing cards to overthrow his government because of its nationalist policy on Kalapani and Lipulekh territories. PM Oli’s such open clams might provoke India and those are against diplomatic norms and practices and friendly relations. Immediate reactions after PM Oli remarks another President of the Party Prachand and senior leaders MK Nepal, JN Khanal, Bamdev Gautam and other leaders have pressured for resignation of PM Oli as PM and Party President and they are engaged in blame games and vested interests. As soon after these incidents like in the past Chinese Ambassador Hou Yanqi is playing an active and powerful roles to settle the disputes and tussles on Nepal Communist Party and meeting with top leaders Dahal, Nepal and Khanal to save the communist party and government not to split down apart and unite together. As Nepal strongly supports One China Policy on its international relations and diplomacy of this giant neighbor

In summary PM Oli instant moves and decisions and blind supports and quick approvals by President Vidhya Bhandari as a rubber stamp have drawn strong reactions and criticisms inside and outside the party and the government. Recent in the cases of quickly ending Parliament House sessions by cabinet decision without consulting Speaker Agni Sapkota, top leaders of his own party and main opposition party Nepali Congress and Chairman SB Deuba are observed as PM Oli’s only political cards and motives to sustain in power politics as PM and Party President for long period.

Finally in conclusion Nepal should not be a play ground or a battle field of political, military and strategic interests of strong powerful nations India, China, USA, UK etc. Nepal is a landlocked nation and because of its geopolitical position, it has to maintain balance relations with all main powers of the world. It needs to get high diplomatic, economic multilateral and peaceful support and benefit from these countries for its financial development, stability, peace and progress in the future. These powerful countries should engage in healthy and productive competition and cooperation to Nepal on its economic development and prosperity.

Dhungana holds Masters Degree in Politics/International Relations from JNU, India and LLB ( Law), Nepal. He can be reched at nishesh.dhungana@gmail.com

Japan And Nepal Can Both Contribute To World Peace And Prosperity By Masamichi Saigo 4 days, 2 hours ago